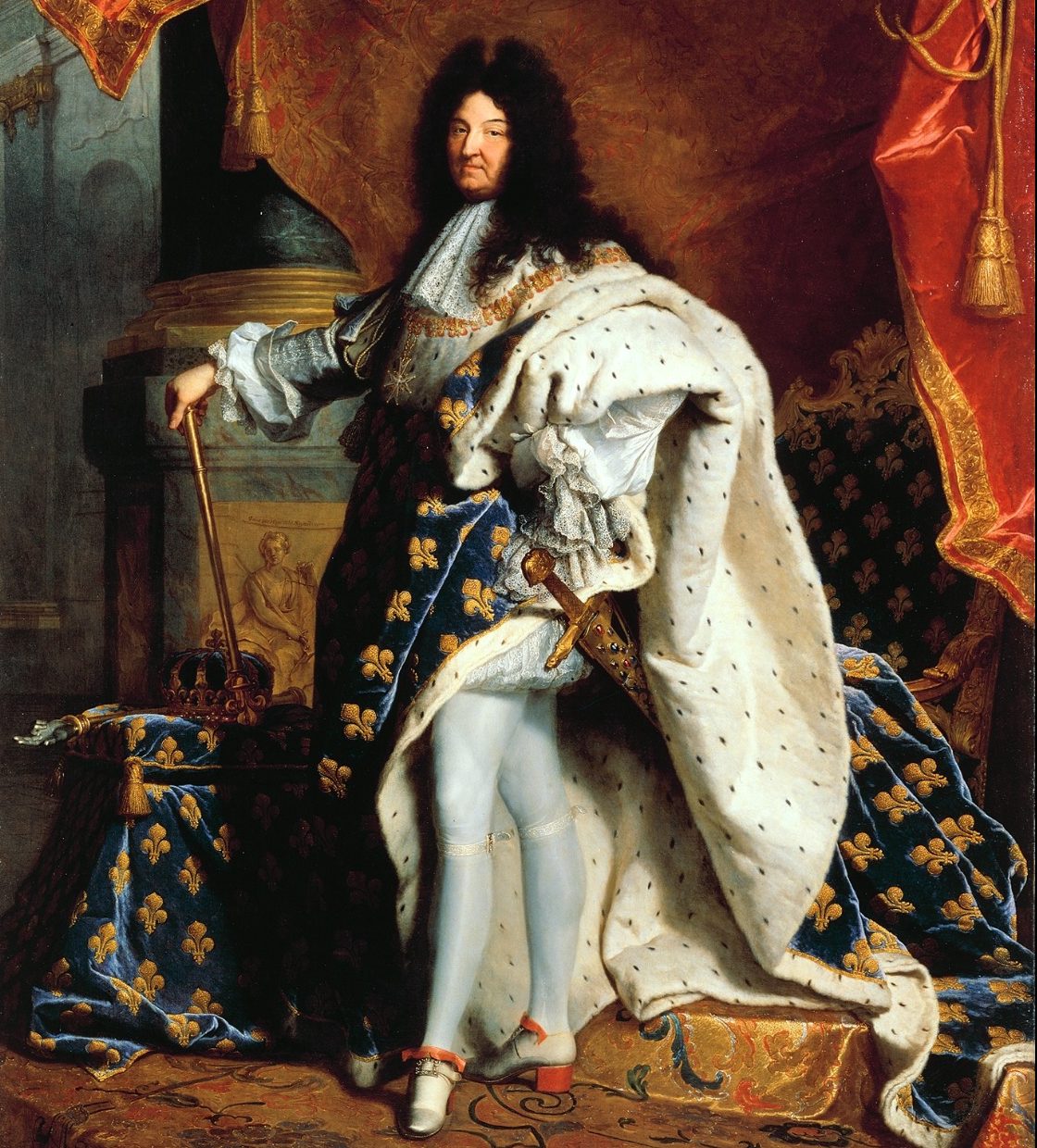 Who invented showing off?  Who invented flashing your bling, spending vast sums to flaunt, dazzle, and to grab attention?  And hopefully to get sex?  Was it greedy capitalists?  Was it the rich trying to suck blood and money from the masses?  Was it the advertising industry trying to shove consumerism down the throats of the proletariat?  No, it was plants.

As you know, 500 million years ago, land plants pioneered one of the most waste-based, materialist, consumerist processes in history: sex. Sex forced plants to waste time and energy on shuffling genes and overproducing sperm.  Cranking out sperm cells by the septillions. Carelessly tossing most of them away. Yes, sex forced plants into materialism, consumerism, and waste.  But that was just the start.

One hundred and thirty million years ago, nature was about to invent her most extraordinary form of materialist throwaway.  Her greatest act of flamboyance since she’d turned the death of stars into light shows twelve billion years earlier.  Yes, nature herself was about to invent the unholy transgression that the compilers of the Seven Deadly Sins from Saint John Cassian in 400 AD onward would characterize as pride and vainglory.  Nature was about to invent the vile offense that would be smacked down by sumptuary laws, laws against showy, expensive, and elaborate clothing, in ancient Greece, Rome, China, Japan, and the Islamic world. Not to mention in Medieval and Renaissance Europe. Nature was about to invent “vainglory,” vanity– competing to put on the most bodacious spectacle of what some social critics would have called pretentious, pointless, superficiality.  Indulging in a luxury that breaks the bank.  A luxury so costly that it can soak up between ten percent and fifty percent of a plant’s total energy budget.  Nature was about to invent flashing your bling.    And she was about to do it for a reason so strange, so intricate, and so devious that it defies everything we think of as natural.

You and I occasionally buy luxury goods—a really gorgeous laptop, a Vuitton bag, a pair of really neat shoes. Or if we are rich enough, a Porsche or a Lamborghini.  Deep down we know why we do it.   We want attention.  We want admiration.  If we’re men, we are hoping to spark the envy of other men and the interest of attractive women.  If we’re women, we’re hoping to make other women jealous and to get the attention of great looking guys.  But waste for the sake of attention and sex, did not start with you and me. To repeat, it did not start with capitalism, patriarchy, and industrialism.

Let’s go back to 500 million years ago, when plants were early adopters of  the male-female team.  You recall that plants kept their female cells home in a fortress for safekeeping.  And they sent their male cells out to adventure and to take their chances in the great unknown. It took 340 million years, but eventually a few plants worked out a variation on the sexual routine.   They didn’t follow the path of least effort.  Far from it.  They followed the path of more effort than you and I would have been able to conceive.

Instead of sending out their sperm naked, the innovative plants built carriers, space capsules, small, round, tough-walled vehicles with which to harness the transport powers of the winds.  Those capsules looked a bit like spores, but they were not.  They were no longer tiny balls that  housed the complete genetic instruction manual for assembling a new plant.  They were something far riskier.  They were tiny, spiked balls that contained only half a genome. The male half of the genome. A genome half that’s useless unless it hooks up with another genome half, unless it finds a willing mate, unless it hooks up with an egg.  And the risk plants took with these new capsules went farther.

The capsules were carriers of maleness, so you’d think they’d have been packed with sperm.  But, no.  They contained something more astounding, a sperm making apparatus, an assemblage of equipment set to manufacture sperm if it reached a fitting destination.   This was most-effort taken to the nth degree.

Intricate as these new transport capsules were, they were not produced in tiny numbers.  Not at all.  They were produced in massive quantities.  Produced in such amounts that they formed a powder.  In this new sexual cargo system, you, a plant lifted slender shafts on high with the jagged powder of these micro-miniaturized transport capsules, the powder of the new tiny balls, on your tips, maximizing the  odds of liftoff  when the wind passed by.   What were the high-risk cargo carriers of sperm-making machinery in this powder?  They were pollen.

And pollen was a problem.  The first sign of pollen showed up 270 million years ago in Tchekarda, Russia,   “near Perm, the geological home of the Permian Era.” The journal Science explains that in Tchekarda in 1997 scientists found fossils of “bark lice, plant hoppers, and stone flies”   with half-digested food in their bellies.  And what food was in the guts of these extremely ancient insects?   The new stuff on the block– pollen.

Which means that 270 million years ago, plants had invented a dilemma.  Pollen was great for riding the breeze.  But its intricate machinery only sprang into action if the pollen grain splashed down on the wetness of another plant’s female organ, a moist landing pad held on high by a tall, slender tower called a pistil.  If a pollen grain managed to touch down on the moisture of a pistil’s tip,  its sperm-making equipment went into hectic activity and manufactured a pair of sperm  But that’s not all.  The pollen also contained a construction kit with which to instantly grow a long tube, a bio-tunnel, that would carry the pollen’s sperm to an egg.

According to the National Museum of History’s Conrad Labandeira, “sawflies and wasps, moths, beetles” and “true flies”  took advantage of this new foodstuff by settling down in the plants and colonizing them. Some insects even developed specialized mouth parts to get at the plants’ fluids, including its “pollination drops.”—the drops of liquid on the towering tips of egg fortresses, the sexual drops whose purpose was to seduce pollen.  This was good for the insects, but not necessarily good for the plants.  It’s hard to reproduce if all of your male reproductive carriers—your spiked pollen grains– are eaten.  Yes, the pollen will survive the digestive process and will still be ready to rock and roll when they are defecated out.  But they will, alas, be in the wrong place.  Far from a receptive female.

So what did plants do?   How did plants deal with the ravages of the pollen gobblers?  They overcompensated. They used the usual tricks of maleness—materialism, consumerism, and waste.  They  mass produced so many males that some of them would get past the eaters and feasters no matter what.  The plants manically overproduced pollen.   And they did more.  They showed why the path of most resistance, the path of most effort, can sometimes pay off mightily.

Once this training is done, these personalized insects will fly off to another plant of your species for more pollen or nectar.  Carrying your pollen on their body and their hairs.  You have turned your plunderer, the insect, into a transportation device.  A cargo carrier that will be far more precise than a mere gust of wind.  Your pollen won’t simply land on the ground in a random spot.  The insect will Federal Express it to a waiting female of your very own species.  Yes, if you’re  in luck, the six-legged flier will carry your seed to the towering tip of an egg fortress, an egg flask  that your pollen will be able to penetrate.

This was the germ of a great relationship.  But what if it had further possibilities?