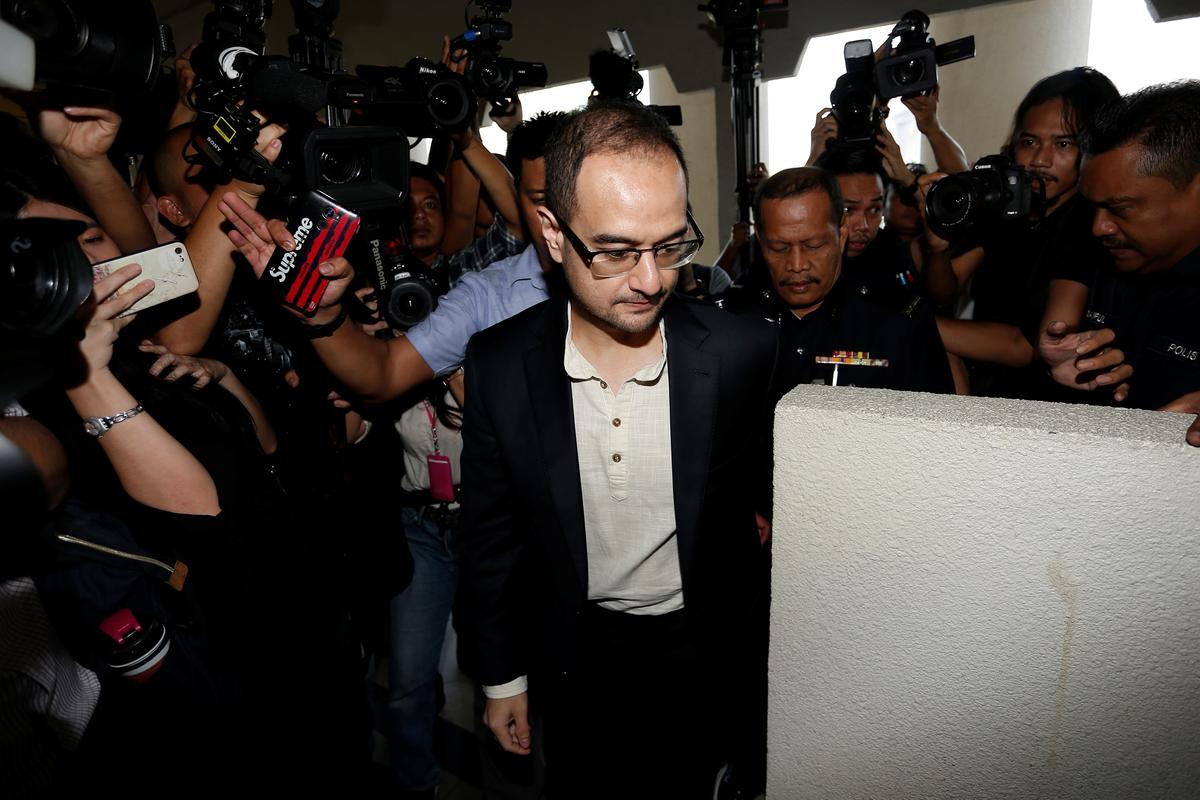 Riza Aziz, a co-founder of Hollywood production firm Red Granite Pictures that was behind the Oscar-nominated film “The Wolf of Wall Street,” was charged with five counts of money laundering.

Prosecutors alleged Riza received a total of $248 million as a result of misappropriation of 1MDB funds.

Riza pleaded not guilty to all the charges. Each charge carries a financial penalty of up to five million ringgit ($1.21 million), a maximum jail term of five years, or both.

The court granted Riza bail at one million ringgit and asked him to surrender his passports.

After unexpectedly losing an election to Mahathir Mohamad in May last year, Najib has been slapped with a series of corruption charges, mostly tied to losses at now-defunct 1MDB.

Najib, who founded 1MDB in 2009, faces 42 criminal charges related to huge losses at the fund and other state entities. He has pleaded not guilty and has consistently denied wrongdoing.

The U.S. Justice Department has estimated that a total of $4.5 billion was misappropriated by high-level officials at 1MDB and their associates between 2009 and 2014.

1MDB is being investigated in at least six countries for alleged money laundering and graft.

Red Granite paid the U.S. government $60 million in September 2017 to settle a civil forfeiture claim over the rights to “The Wolf of Wall Street”.

Reporting by Rozanna Latiff; writing by A. Ananthalakshmi; Editing by Michael Perry

New rules for energy companies after billions spent on collapse of suppliers
Pound reaches high not seen since mid-August
Glen Powell Recalls Having To Ask Tom Cruise For Permission To Make Both Top Gun: Maverick And Devotion
Scotland will find another way to independence, Sturgeon vows
‘You will have blood on your hands!’ Warnings as Elon Musk announces amnesty for suspended Twitter accounts