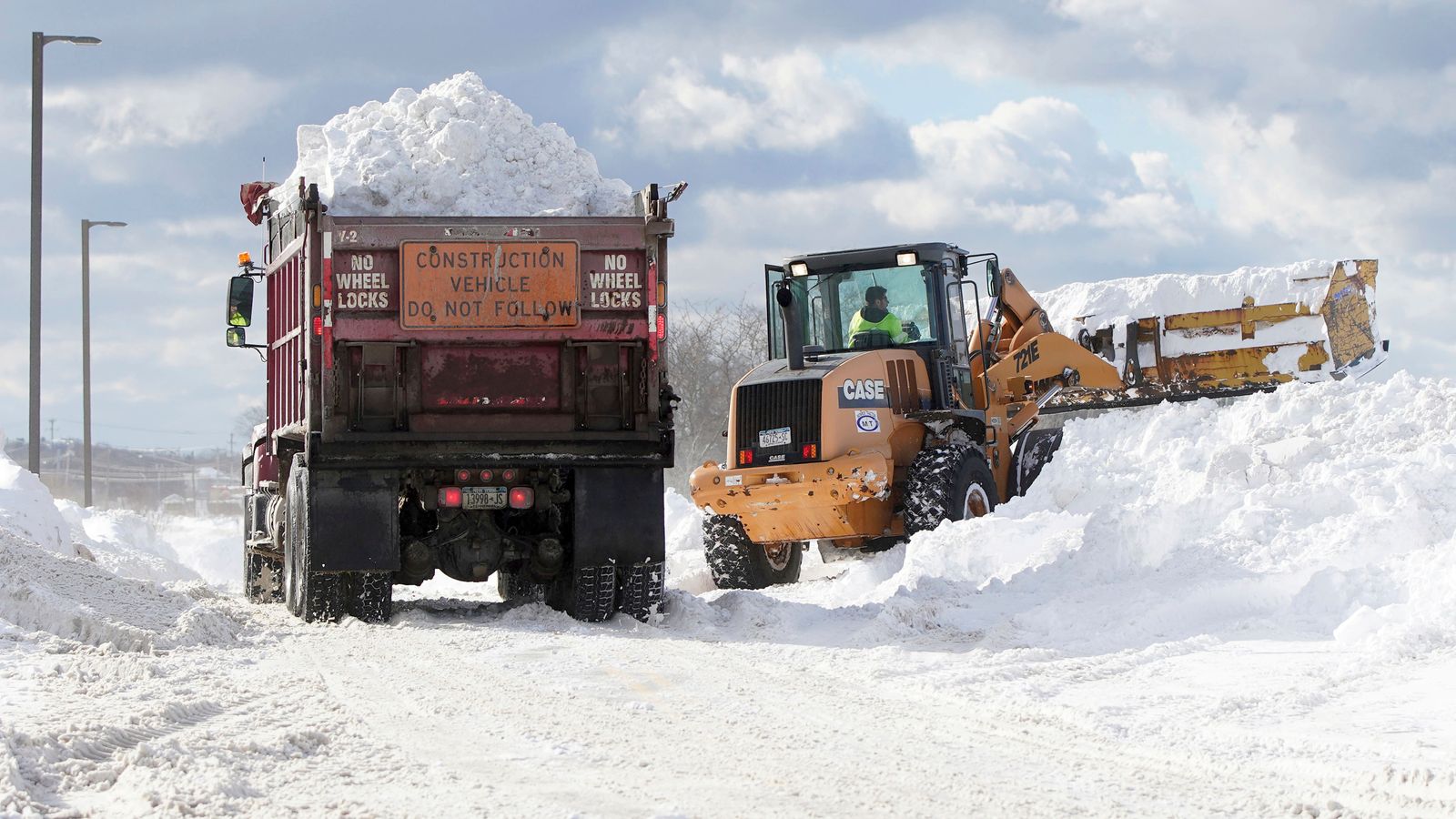 Joe Biden is sending federal aid to western New York state to help authorities clean up after a massive storm dumped as much as 6ft of snow in western and northern areas.

The emergency declaration authorises the US Department of Homeland Security and the Federal Emergency Management Agency to coordinate disaster relief in 11 counties hit by the “lake-effect” snowstorm on Friday and Saturday.

The snowstorm paralysed parts of the state and resulted in flight cancellations and forced some schools to close.

New York governor Kathy Hochul thanked the president for granting emergency aid, adding: “My team and I will continue working around the clock to keep everyone safe, help communities dig out, and secure every last dollar to help rebuild and recover from this unprecedented, record-shattering historic winter storm.”

The US National Weather Service recorded 77ins (195cm) of snow by Saturday in Orchard Park, home to the NFL’s Buffalo Bills.

The storm forced the Bills to move Sunday’s game against the Cleveland Browns to Detroit.

More snow fell overnight on Sunday in some areas, but it had stopped by early on Monday morning.

While a driving ban had been lifted for most areas affected by the storm by Monday morning, schools remained closed in Buffalo and nearby towns.

The snowstorm was the worst in New York state since November 2014, when some communities south of Buffalo were hit with 7ft (2.1m) of snow over the course of three days.

“Lake-effect” snow forms when dry, freezing air picks up moisture and heat as it moves along warmer lake water, according to the National Oceanic and Atmospheric Administration. 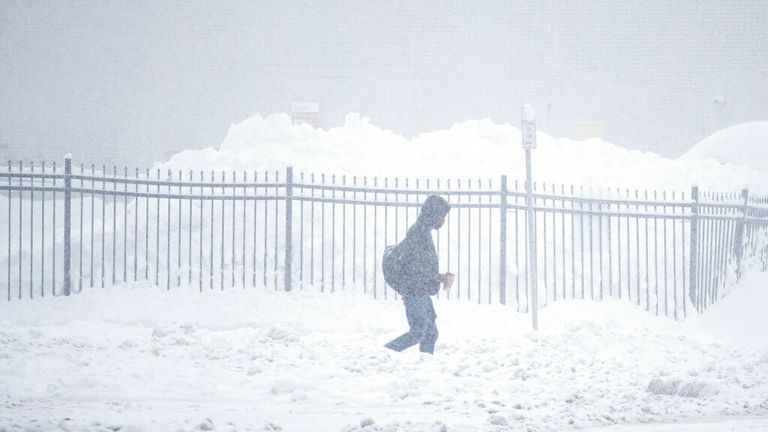 It causes some of the lake water to evaporate into the air, making it warmer and wetter.

As the air cools and moves from the lake, it dumps all the moisture on the ground. And when it’s cold enough, it results in massive snowfall.