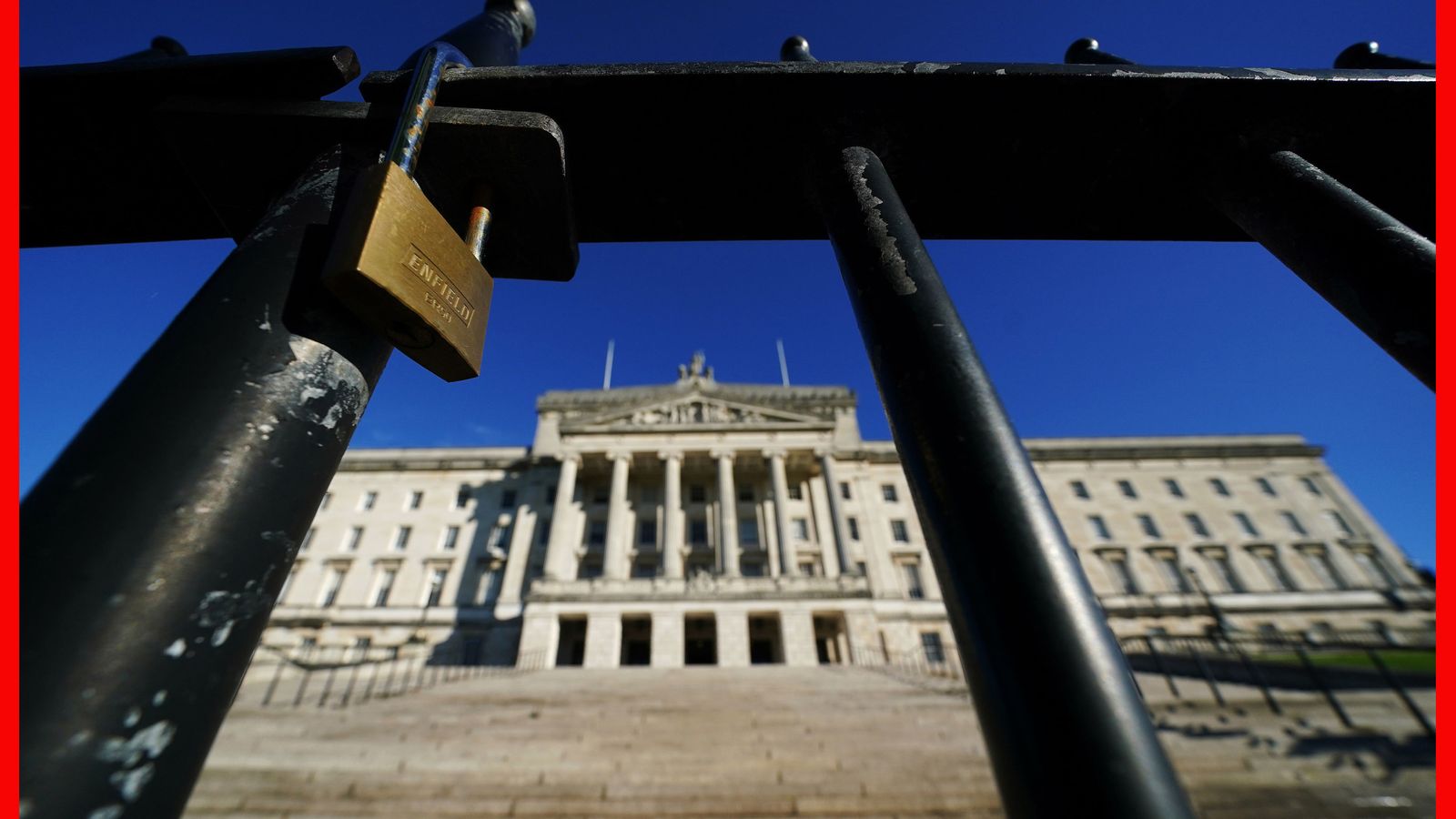 The UK government will introduce new legislation today to extend the deadline for forming an executive in Northern Ireland.

There has been no functioning government in Stormont since May’s vote, with the Democratic Unionist Party (DUP) refusing to restore power-sharing unless the Northern Ireland protocol is scrapped.

The post-Brexit trade agreement was designed to prevent a hard border being introduced on the island of Ireland, but has instead led to trade barriers in the Irish Sea between Great Britain and Northern Ireland, to the anger of unionists.

Under the current law, political parties had until 28 October to form an executive or be forced to hold fresh Assembly elections within 12 weeks of the deadline.

Read more: Analysis – What’s the point in another Northern Ireland election if devolution is dead?

But they remained at a stalemate, and there was little appetite for a fresh ballot, especially during a cost of living crisis.

Northern Ireland Secretary Chris Heaton-Harris confirmed he would introduce new legislation to extend the timeframe earlier this month, and the bill will now be brought to parliament.

The new deadline for forming an executive will be 8 December, with the possibility of a further six week extension to 19 January – meaning the latest a new election would be held would be 13 April.

The bill will also allow the Northern Ireland secretary to cut Assembly members’ (MLAs’) pay while they are not sitting in Stormont, as well as enabling a small number of vital public service appointments to be made and clarifying limited decision-making powers for civil servants to ensure public services can still be delivered.

Mr Heaton-Harris urged parties “to use this extended time to come together and deliver for the interests of all people in Northern Ireland, particularly in this time of rising costs”.

He added: “At present, MLAs are not in a position to fulfil the full range of their duties, so it is right that we take steps to reduce their salaries, especially in the current economic climate and in view of the £660m black hole in the public finances created by poor decisions made by outgoing ministers.

“Furthermore, Northern Ireland’s people are being denied full democratic representation. The government’s priority is to see politicians elected to return to fulfil their roles in a strong, devolved and locally accountable government, as laid out by the Belfast (Good Friday) Agreement.”

Read more:
What is the Northern Ireland Protocol and why does it matter?
Why is there still no assembly and what does Brexit have to do with it?

As part of the 1998 Good Friday Agreement, Northern Ireland’s main parties must be part of a power-sharing agreement for the government to function.

The first minister and deputy first ministers have equal powers and one must be unionist and the other nationalist. There can also not be one without the other.

The UK government has vowed to secure changes to the protocol, either through a negotiated compromise with the EU or through proposed domestic legislation which would scrap the arrangements without the approval of Brussels.

But while unionists favour the latter option, opponents have likened it to “placing a gun on the table” at talks with the EU aimed at finding a solution, arguing it breaks international law, as well as risking a trade war.

Shapps demands decade-long steel jobs guarantee as part of £600m aid plan
Big Gigantic Discuss Their Upcoming Tour, Non-Profit Foundation + First Listen To Their Remix of “Keep On Rising” ft. Aloe Blacc
Haunting video of Tyre Nichols arrest before his death is sickening indictment of policing that night
You’re Safe With Me: 11 of the Best Bodyguard Romances
Sylvester Stallone Denies Claims Pamela Anderson Made About Offering Her A Porsche To Be His ‘Number 1 Girl’