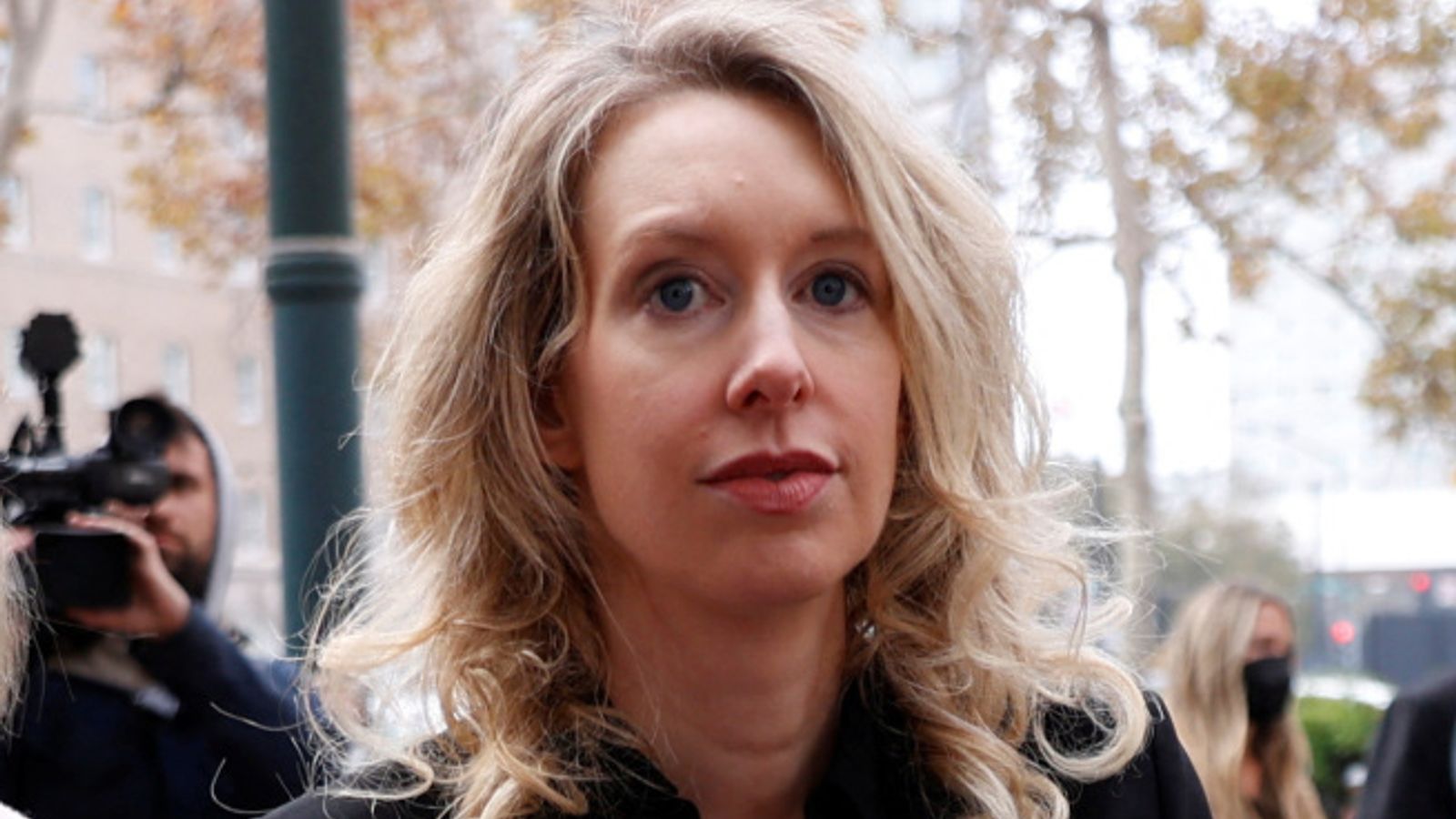 Disgraced Theranos founder Elizabeth Holmes has been sentenced to more than 11 years in a US federal prison for conning investors and endangering patients while peddling a bogus blood-testing technology.

The 38-year-old was convicted by a Californian jury on three counts of investor fraud and one count of conspiracy in January. She was jailed for 135 months.

Prosecutors were also seeking $804m (£675m) in compensation from Holmes.

The amount covers most of the nearly $1bn (£840m) she raised from a list of sophisticated investors that included software magnate Larry Ellison, media mogul Rupert Murdoch, and the Walton family behind Walmart.

Prosecutors had branded Holmes’ crimes “among the most substantial white collar offences Silicon Valley or any other district has seen”.

Her legal team had urged the judge to be lenient and not make their client a “martyr to public passion”.

Prosecutors said Holmes misrepresented Theranos’ technology and finances, including by claiming that its miniaturised blood testing machine was able to run an array of tests from a few drops of blood.

The company secretly relied on conventional machines from other companies to run patients’ tests, prosecutors said.

Holmes’ remarkable rise and dramatic downfall have been the subject of a documentary and award-winning TV series.

Once valued at $9bn (£7.5bn), the now-defunct Theranos Inc promised to revolutionise how patients received diagnoses by replacing traditional labs with small machines designed for use in homes, pharmacies and even on the battlefield.

Forbes dubbed Holmes the world’s youngest female self-made billionaire in 2014, when she was 30 and her stake in Theranos was worth $4.5bn (£3.8bn).

But the start-up collapsed after a series of articles in the Wall Street Journal in 2015 questioned its technology.

At trial, prosecutors said Holmes engaged in fraud by lying to investors about Theranos’ technology and finances rather than allowing the company to fail.

Holmes testified in her own defence, saying she believed her statements were accurate at the time.

Though she was convicted on three counts, Holmes was acquitted on four other counts alleging she defrauded patients, who paid for Theranos tests.

The judge in the case, Edward Davila, has previously denied Holmes’ requests to overturn her convictions, saying they were supported by the evidence at trial.

Following her sentencing, Holmes can appeal.

While courting investors, Holmes put together a high-powered Theranos board that included former US defence secretary James Mattis, who testified against her during her trial, and two former US secretaries of state, Henry Kissinger and the late George Shultz, whose son submitted a statement criticising Holmes for fabricating a scheme that played Shultz “for the fool”.

For more on science and technology, explore the future with Sky News at Big Ideas Live 2022.
Find out more and book tickets here

The judge’s sentence could be affected by the former entrepreneur’s second pregnancy in two years.

After giving birth to a son shortly before her trial started last year, Holmes became pregnant again while free on bail this year.

The pregnancy was confirmed in a letter from her current partner, William “Billy” Evans, that urged the judge to be merciful and included pictures of Holmes with their one-year-old son.