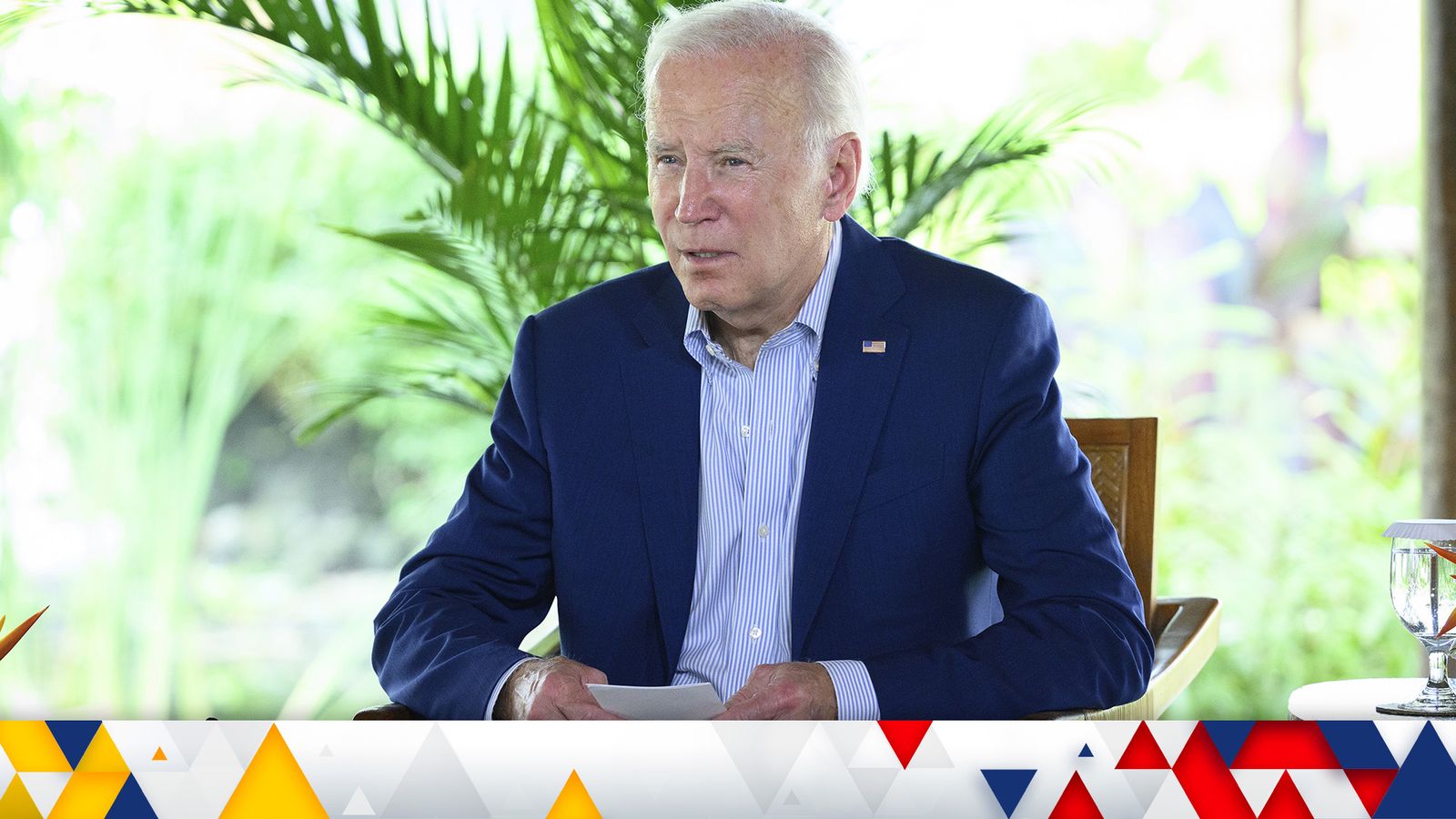 Joe Biden has cast doubt on the origin of a missile that hit Poland and killed two people late on Tuesday, saying it is “unlikely” to have been fired from Russia.

The US president was speaking after a meeting with G7 and NATO leaders to discuss the incident, which hit a grain silo in Przewodow, near Poland’s border with Ukraine.

Ukrainian and Polish authorities said the explosion was caused by a Russian-made missile, but Mr Biden appeared to suggest the missile may not have been fired from Russia.

He said: “There is preliminary information that contests that.

“I don’t want to say that until we completely investigate it, but it is unlikely in the lines of the trajectory that it was fired from Russia, but we’ll see.”

And three US officials have told The Associated Press news agency the missile could have been fired by Ukrainian forces at an incoming Russian missile.

They claim the Ukrainians had been trying to defend themselves against a Russian salvo aimed at their electrical infrastructure.

A spokesman for UK Prime Minister Rishi Sunak said: “I think, on all sides there’s agreement there needs further investigation before any conclusions are drawn.”

The missile had sparked worried talk of NATO’s Article 5, which means that an attack on a member country is seen as an attack on all allies.

A number of NATO countries used Twitter to voice their support for Poland, including British PM Rishi Sunak, who “reiterated the UK’s solidarity with Poland”.

But Polish President Andrzej Duda said his country is “very likely” to instead invoke Article 4 later today, which allows a member country to raise a security issue and have it discussed.

Mr Duda said: “We do not have any conclusive evidence at the moment as to who launched this missile… it was most likely a Russian-made missile, but this is all still under investigation at the moment.”

He added: “We are acting very calmly. What happened was a one-off incident.

“There are no indications that there will be a repeat.”

And Deputy Foreign Minister Pawel Jablonski said his country remained safe thanks to its NATO membership but warned that more incidents were possible.

“The reaction of our allies, their unequivocal support and willingness to stand by us, shows that we are a much safer
country than if we were not in NATO.

“As a country bordering Ukraine, we may be exposed to various types of incidents, including accidental ones.”

And he told reporters this also applied to the rest of the eastern flank, adding: “I hope by next year’s NATO summit in Vilnius we will be able to make progress, as the situation confirms it is the right decision and needs swift implementation.”

Russia has denied any involvement in the Poland missile, saying that reports of it being to blame are a “deliberate provocation aimed at escalating the situation”.

A spokesperson for the United Nations said that avoiding an escalation in the war is “absolutely essential”, adding that a “thorough investigation” should take place.

And a statement following a meeting of G7 leaders on Wednesday morning said: “We discussed the explosion that took place in the eastern part of Poland near the border with Ukraine. We offer our full support for and assistance with Poland’s ongoing investigation.”