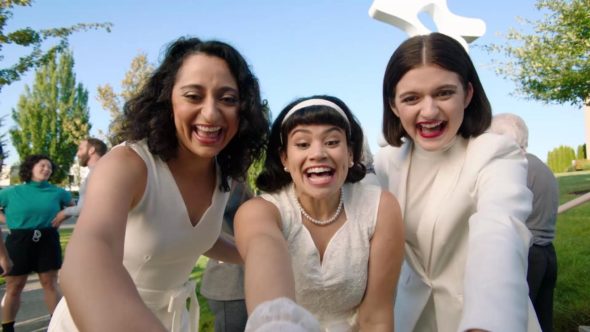 Three Busy Debras is not returning to Adult Swim. The comedy series has been cancelled by the cable channel after two seasons and 16 12-minute episodes.

Debuting in 2020, Three Busy Debras was created and written by its stars, Sandy Honig, Mitra Jouhari, and Alyssa Stonoha. The story revolves around the surreal day-to-day lives of three deranged housewives — all named Debra — who live in an affluent suburban town called Lemoncurd.

The comedy began as a play and was later extended to a web series. Adult Swim commissioned a pilot in 2018 and the show was picked up to series in 2019. The first season is comprised of six episodes while the second season has 10 installments. The last episode aired in May.

Check out the message about the Adult Swim cancellation from the creators below.

What do you think? Are you a fan of this Adult Swim series? Did you want a third season of Three Busy Debras?

Firefighter fears 10 of his relatives have died in house blaze
Why the Babydoll Dress is a Timeless Summer Staple
Sunak promises ‘hundreds of pounds’ more for each household’s energy bills as Truss refuses to commit to extra support
See The First Look At Johnny Depp As King Louis XV In His First Post-Trial Movie
Just over half of councils have started making payments from £1.5bn pandemic fund