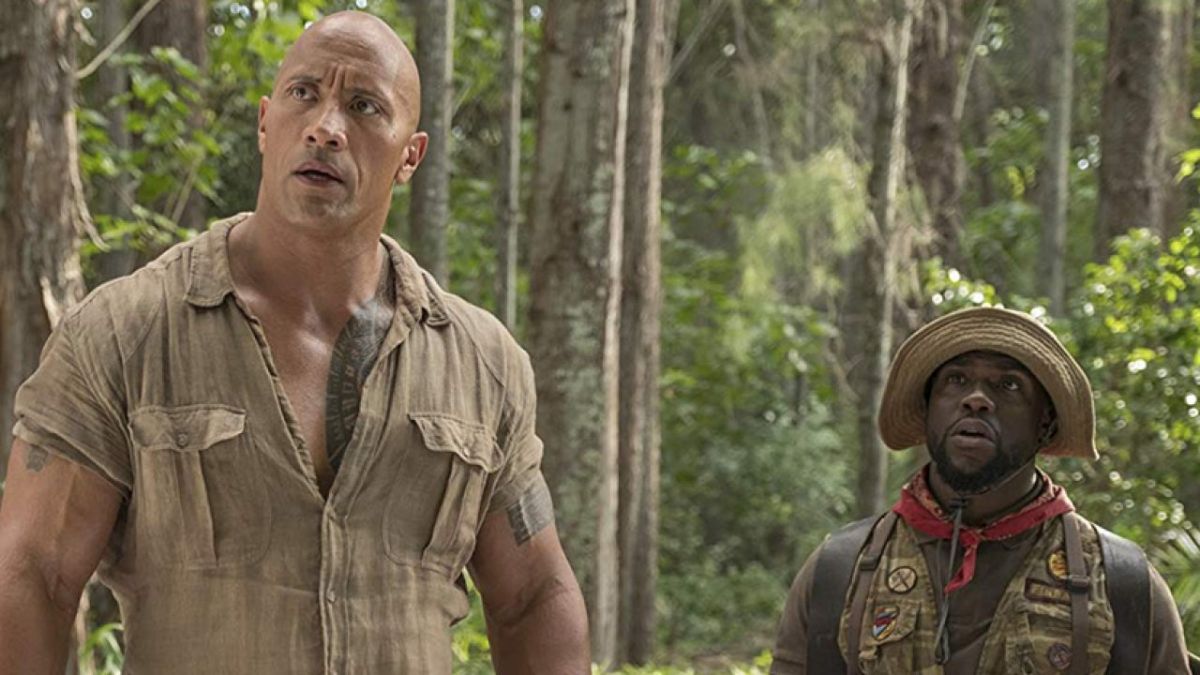 Starring in multiple movies has forged a friendship between Kevin Hart and Dwayne Johnson over the years. They’ve gotten to know each other personally from their family lives to business moves. So, their Hollywood BFF status was going to be evaluated eventually. In proving the off-camera friendship,  Hart got quizzed on how well he knows The Rock, and he hilariously got close (but not) to his DC League of Super-Pets co-star’s dog.

There aren’t too many onscreen duos who’ve had a connection on and off screen. With Super-Pets being based on the notable pets of DC superheroes, it was more than proper that the two co-stars would be asked about each other’s furry friends. Of course, being competitive, Hart had to step up first to name The Rock’s dog. Let’s just say things go a little confusing for the Jumanji star as he recalled his co-star’s French bulldog being tied to the Fast and Furious spinoff Hobbs and Shaw.

Immediately, his co-star stopped Hart to remind the comedian he wasn’t too far off. After calming his laughs long enough to answer, The Rock took the moment to correct his friend.

Seeing that he was close, the Ride Along star was a little sad over not remembering the dog’s name. But he owned up to the mix-up given how both names are associated with the blockbuster film.

Of course, The Rock couldn’t let Hart have all the fun as he wanted to show his friend he knew Hart’s dogs’ names. The Jungle Cruise actor jokingly replied:

It seemed like The Rock only got part of the answer right as Hart became offended by the latter name. The stunned comedian couldn’t believe it as he replied:

As Hart remained flabbergasted by his friend’s answer, The Rock tried reminding his onscreen buddy he supplied him with his pets’ names. The wrestler-turned-actor was definitive in his answer as he recalled his co-star telling him those were the name of Hart’s two dogs.

Of course, the two actors couldn’t do anything but laugh as the Hollywood businessman remained firm in his response. Of course, they moved on to answer more questions to see how well they know each other with Buzzfeed’s BFF quiz. You can see how close The Rock and Hart actually are by watching the clip below.

The test was just another example of the joking nature of the Jumanji co-stars’ friendship. The two Hollywood actors can’t go through a project without devolving into laughs or a roasting session. The press tour for DC League of Super-Pets has been no different. Hart and Johnson have gotten on each other’s birthday gifts and the comedian’s short stature. But being a stand-up comic, the Man from Toronto actor has gotten his quips in about his co-star finally buying his mom a house or mimicking his workout face. The movie duo took the hilarity even further by slapping each other with tortillas for a TikTok challenge.

Watching their interviews and film premieres have been quite entertaining. Now, moviegoers need another film from the Central Intelligence duo. Right now, the two friends are expected to reunite with Karen Gillian and Jack Black for another Jumanji sequel. While it’ll be a while before the film is released, viewers will hear an all-star cast, including Kevin Hart and The Rock, in DC League of Super-Pets, which arrives in theaters on July 29.