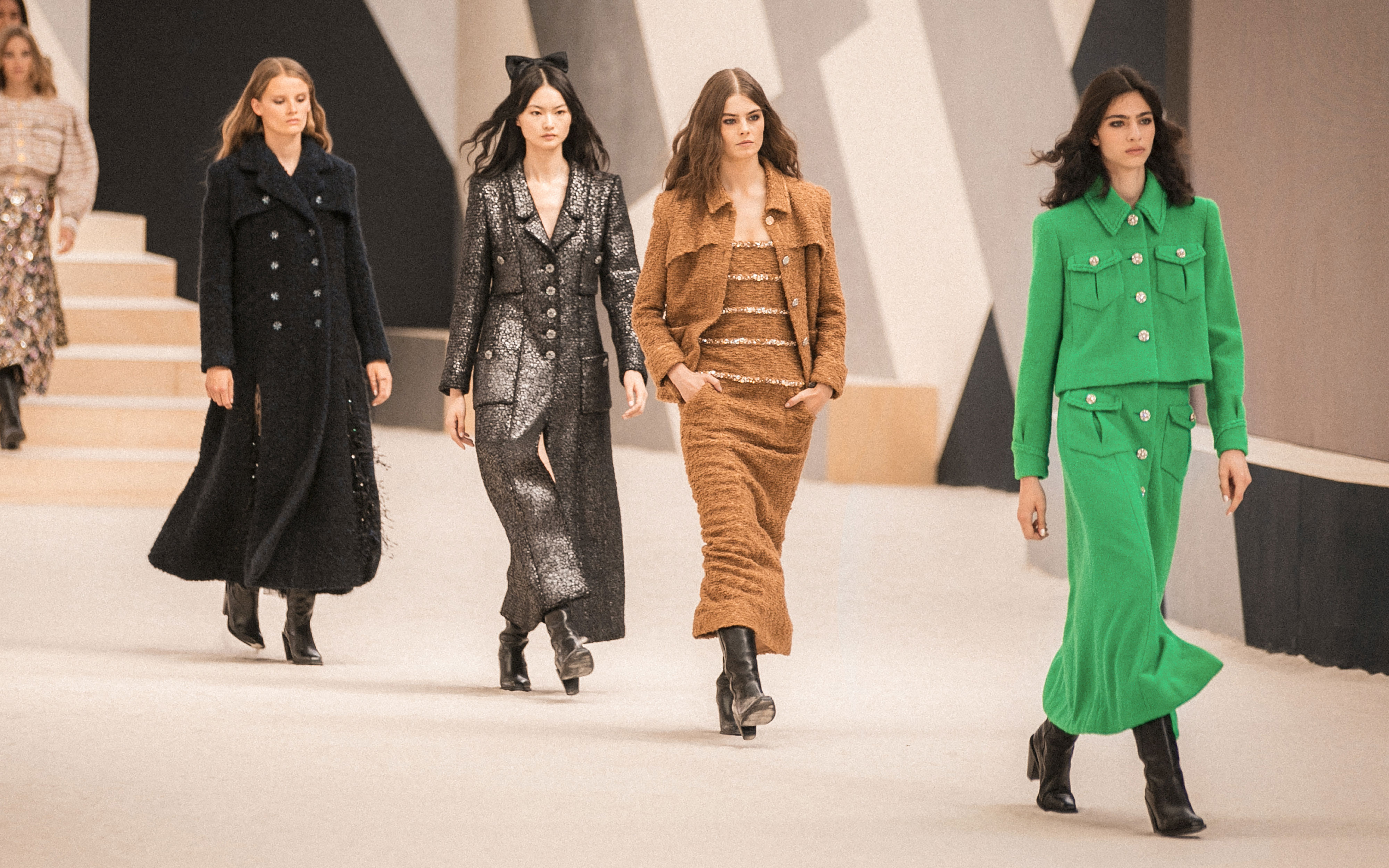 Who knew capris could be couture?

Twenty-three years ago, Springfield experienced a flood of epic proportions. Thanks to a failed conceptual art project by Homer J. Simpson, water was as far as the eye could see, rapidly descending into every nook and cranny of the fictitious town in the season 10 episode. But Bart’s friend Milhouse, safe and dry in his bedroom, had other worries. “Ohhh,” he sighs, defeatedly looking at his outfit. “I hate these flood pants.” He then walks to his bedroom door and opens it. Immediately, the ground and his feet are submerged in water. “Hey — they’re working! My feet are soaked, but my cuffs are bone dry.” He beams with pride and newfound confidence, admiring his exposed ankles before raising his arms in victory. “Everything’s coming up, Milhouse!” And while we can’t confirm if Milhouse was wearing Chanel at the time, its Fall 2022 couture collection would certainly fit this floodproof criterion.

After months of mini mini-skirts and beyond long bell bottoms this season, Chanel proposes an alternative: ankle length. Taking her inspiration from the original 1930s skirt suit, designed by Coco herself, creative director Virginie Viard sent a slinky assortment of gowns and separates down the runway, all of which fell at calf level. The highest hem evoked images of 2000s capris/1800s bloomers (depending on who you talk to), while the longest just grazed the tops of the black cowboy boots seen on most models.

Even though this new mode may appear modest to 2022 fashionistas, historically, an exposed ankle was anything but. If we were living in the 19th century, Chanel’s Fall 2022 couture collection would be downright shocking! For a woman to be considered “proper,” she had to be covered from head to toe in fabric. Even the flash of exposed leg skin in polite company would be deemed overly promiscuous and social suicide.

Luckily, things have changed (although society policing women’s bodies is not one of them), and Chanel is looking at the lighter side of life. Of course, the designer brand’s latest couture offering featured quintessential Chanel-isms like tweed, pastels and strong suiting. However, the strongest silhouettes were those towards the show’s end, as lighter chiffons and minimal embellishment replaced heavy fall fabrics and over-the-top ornaments. It’s not easy to make couture look effortless and wearable, but Viard did just that, and it was smart to pair the ensembles with minimal accessories and barely-there makeup. Everything’s coming up, Chanel, indeed.

Celebrate the return of the ankle yourself with images from the Chanel Fall 2022 couture collection below.