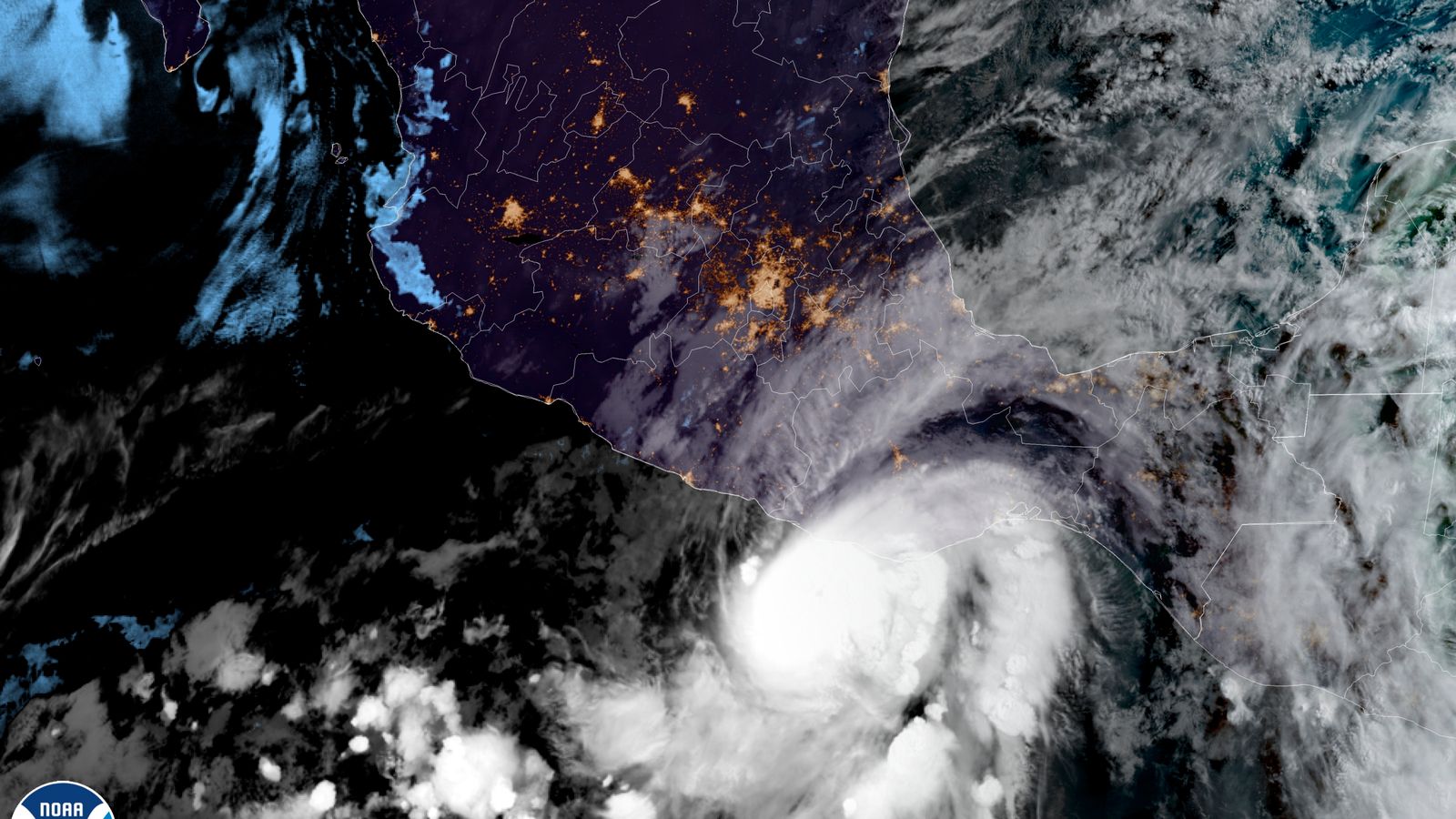 A 105mph hurricane has become the strongest to ever make landfall in May in the eastern Pacific.

It hit a sparsely populated area of beach towns and fishing villages.

Two highways were also blocked as mud and rocks slid on to the road, blocking access to one area of the state. Some towns also lost power and telephone lines went down, forcing authorities to communicate via radio.

The category two hurricane lost power as it moved inland and by Monday night was reclassified as a tropical storm with winds of about 70mph.

The worst of the weather should dissipate overnight, but the heavy rain is still a threat, according to the US National Hurricane Centre.

Ten to 16 inches (25-41 centimetres) is expected in Oaxaca, with heavy downpours forecast in nearby states of Chiapas, Veracruz, Tabasco and eastern Guerrero.

Jeff Masters, meteorologist with Yale Climate Connections, said Agatha was the strongest hurricane to make landfall in the region in May.

“Since the African monsoon typically does not start producing tropical waves until early or mid-May, there simply aren’t enough initial disturbances to get many eastern Pacific hurricanes in May,” Mr Masters said.

“In addition, May water temperatures are cooler than they are at the peak of the season and wind shear is typically higher.”

Our Favourite July Birthstone Jewellery
When Did It Become Cool Again to Like Barbie?
PM ‘not aware of specific claims’ about disgraced MP and thought he was ‘best choice’ for deputy chief whip job
Boris Johnson calls questions over his leadership ‘political commentary’
New Video: Mohamed Assani’s Ode to Mothers ‘Lullaby for Guli’ Gets a Lush, Beautiful Video Accompaniment [Video]