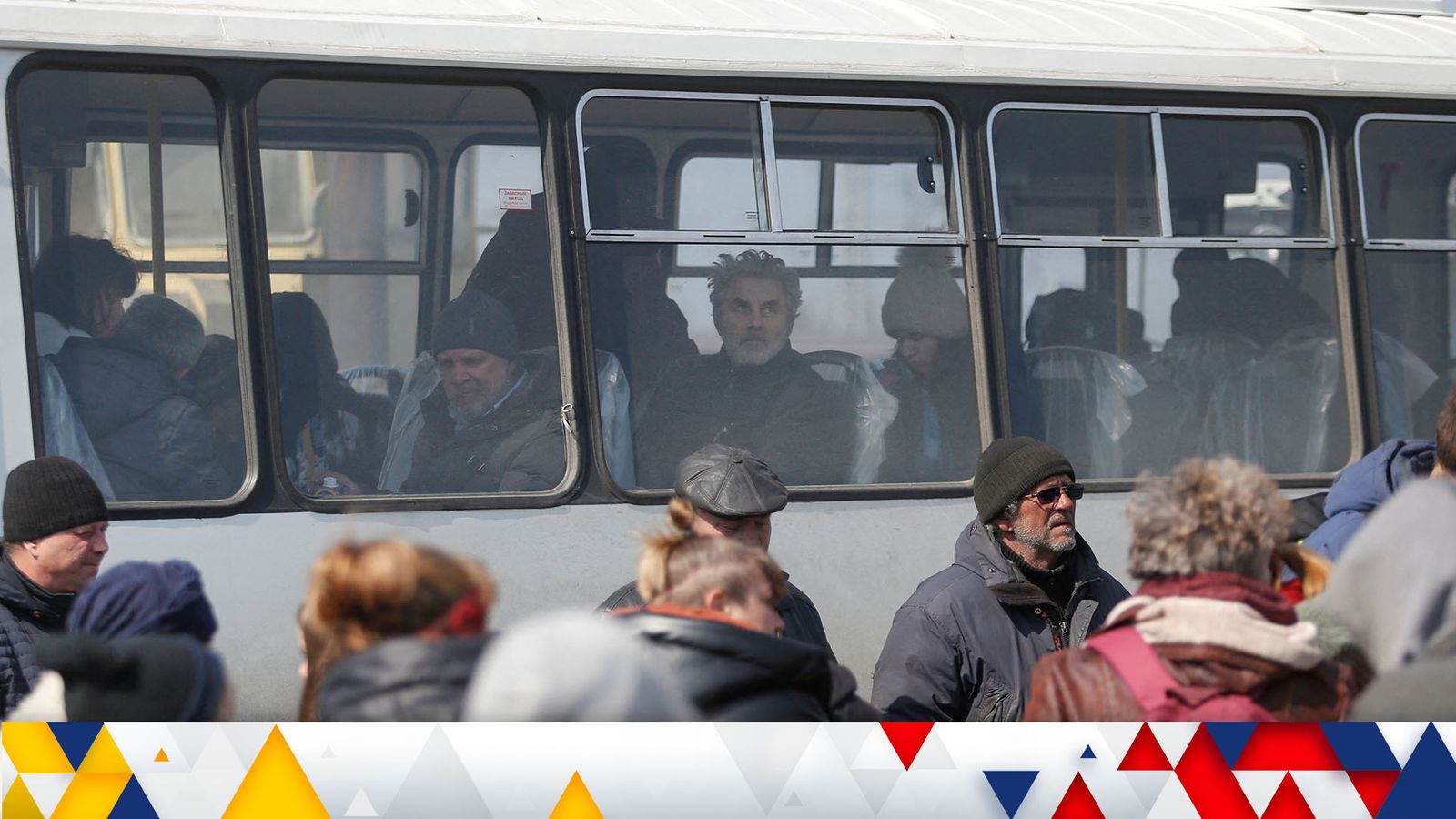 Ukraine is bracing itself for a “hard battle” to come as Russian forces continue amassing in the east of the country, with officials urging civilians to flee.

While the threat to the capital Kyiv has receded, it is rising in the east, President Volodymyr Zelenskyy warned.

“This will be a hard battle, we believe in this fight and our victory. We are ready to simultaneously fight and look for diplomatic ways to put an end to this war,” he said.

Officials have urged civilians to flee the region immediately. 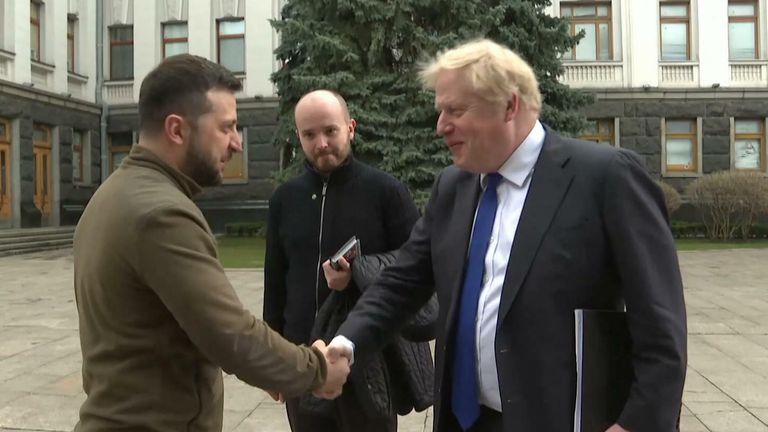 Evidence of mass graves and hostages used as human shields

The UK Military of Defence has said Russia’s departure from the north leaves behind evidence of “disproportionate” targeting of innocent civilians, the use of hostages as human shields, and the discovery of mass graves.

“Russian forces continue to use IEDs to inflict casualties, lower morale, and restrict Ukrainian freedom of movement,” the MoD said.

“Russian forces also continue to attack infrastructure targets with a high risk of collateral harm to civilians, including a nitrate acid tank at Rubizhne.”

The MoD’s latest update came as Mr Johnson carried out his visit to Kyiv, where he confirmed the UK would provide fresh military aid as outlined by the defence secretary on Friday.

The UK will send 120 armoured vehicles and anti-ship missile systems and guaranteed a further £500m in World Bank lending to Ukraine, subject to parliamentary approval.

Earlier, the Ukrainian parliament tweeted: “We welcome Boris Johnson in Kyiv, the first G7 leader to arrive in Ukraine since the beginning of the large-scale war.

‘We are paying a very high price’

Ukrainian negotiator Mykhailo Podolyak said Mr Zelenskyy and Russian President Vladimir Putin would not meet until after the country has defeated Russia in the east, which would bolster its negotiating position.

“We are paying a very high price. But Russia must get rid of its imperial illusions,” he said, according to the Interfax Ukraine news agency.

People still living in towns and villages in the east have told Sky News of their fears of Russia’s retreat from Kyiv.

One woman dubbed her village “the shield of Mykolaiv” – a key port town and shipbuilding hub of the Black Sea, which blocks Russia’s road to the trading hub of Odesa.

But many there remain defiant and unwilling to evacuate. Also in the east, volunteers are signing up in the city of Barvinkove to fight on the front line.

One Ukrainian battalion member there told Sky News: “I look at them as people, but after the stuff they did in Bucha… they must die.” 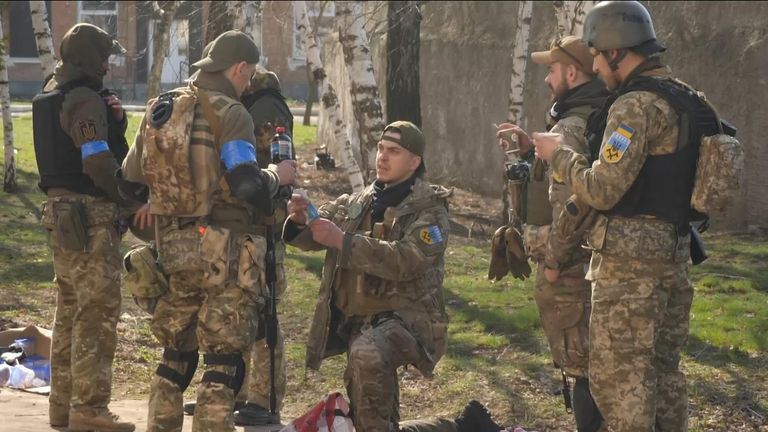 Volunteers gear up for combat in eastern Ukraine

Now in its seventh week, Russia’s invasion has forced around a quarter of Ukraine’s 44 million population to flee their homes. The war has turned cities to rubble and killed and injured thousands.

The civilian death toll has triggered a wave of international condemnation.

On Friday, at least 50 people – including children – were killed in a missile strike on a train station in the city of Kramatorsk, where thousands of people had gathered to evacuate.