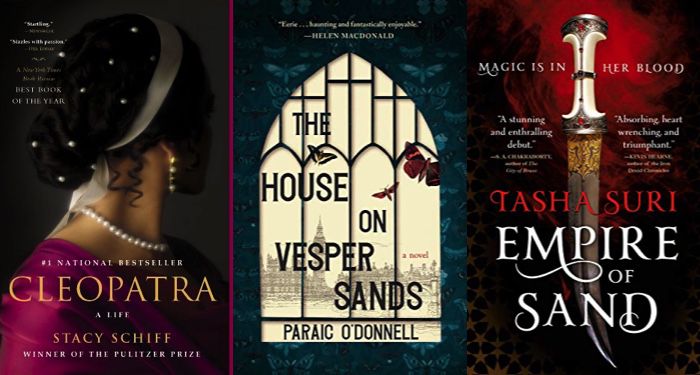 Men at Arms by Terry Pratchett for $1.99

Nadiya Bakes by Nadiya Hussain for $3.99

The Golden Thread by Ravi Somaiya for $2.99

When They Call You a Terrorist by Patrice Cullors and Asha Bandele for $2.99

The Cooking Gene by Michael W. Twitty for $2.99

The Library of Lost and Found by Phaedra Patrick for $2.99

Never Look Back by Lilliam Rivera for $1.99

Slippery Creatures by KJ Charles for $3.99

Relish: My Life in the Kitchen by Lucy Knisley for $2.99

Beowulf by Maria Dahvana Headley for $3.99

The Librarian of Auschwitz by Antonio Iturbe for $2.99

Monsters You Should Know by Emma SanCartier for $1.99

Gods of Jade and Shadow by Silvia Moreno-Garcia for $4.99

Night of the Mannequins by Stephen Graham Jones for $2.99

The Black Tides of Heaven by Neon Yang by $3.99