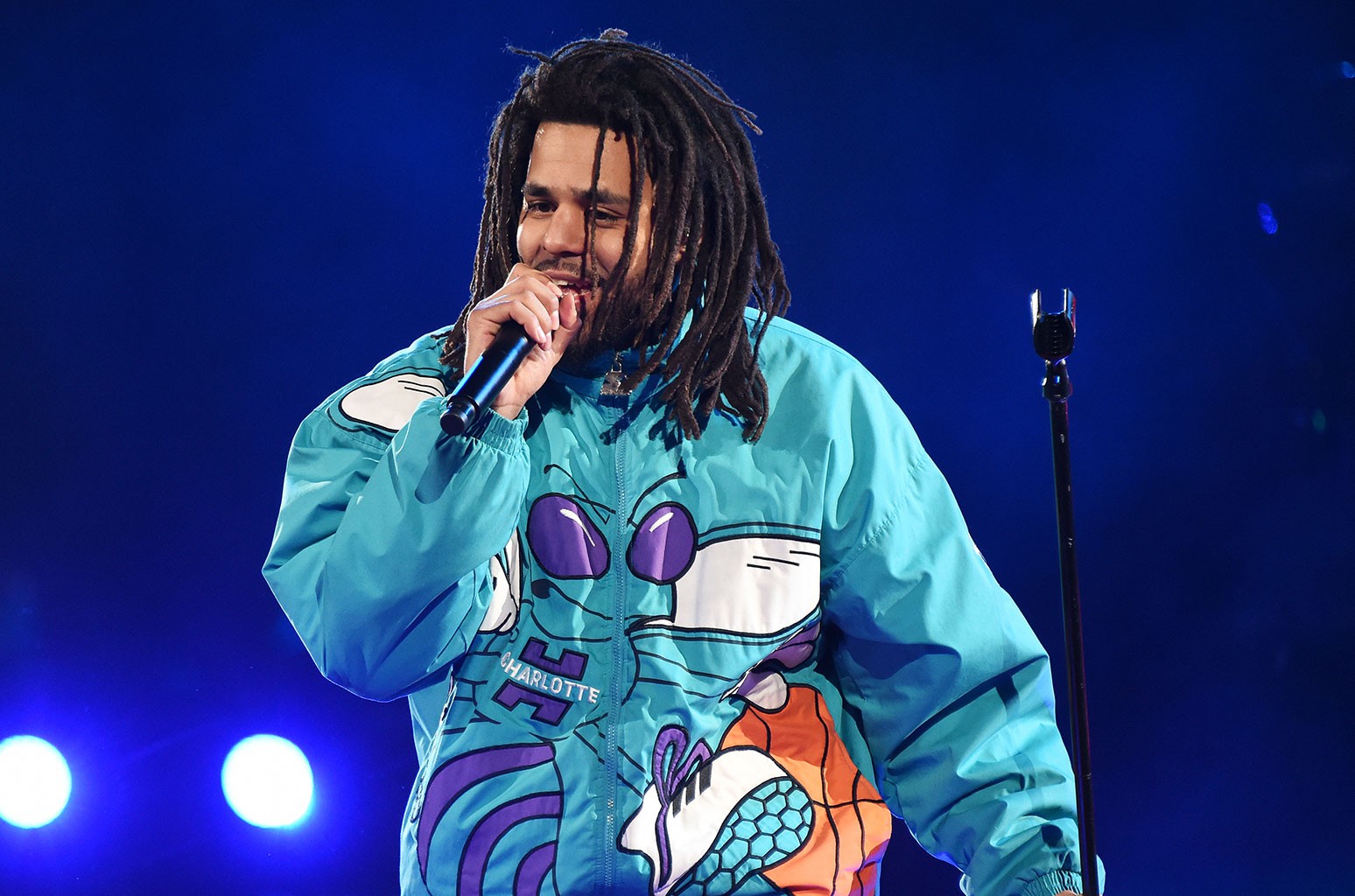 Playboi Carti took the Audiomack stage around 9:15 p.m., and there was no chance the Atlanta rap superstar would let Cole show him up at a festival known for raging and mosh pits. By the time Carti pulled up in an all-black outfit to the sounds of “Stop Breathing,” the rain had begun to pour heavily, setting up the scene for one of the most wildest sets at Rolling Loud.

Fans were taking off and throwing their clothes, jewelry and whatever else was on their body as King Vamp instructed them to go wild while he segued into “Rockstar Made,” “Teen X” and “JumpOutTheHouse.” Once Carti dove into his feature on Ye’s “Off the Grid,” the ground began to shake, causing festival-goers to let off all their pent-up energy.

J. Cole and his fans had to have seen and heard the madness going on behind them at Audiomack. To keep the tide in his favor, Cole jumped into cuts off the fan-favorite Revenge of the Dreamers III and invited some of his Dreamville brethren to tear the stage down with him. Lute assisted Cole on “Under the Sun” while Bas and JID came out to handle their business on “Down Bad” and “The Jackie,” respectively.

While fans were treated to a Dreamville reunion at DeLeon stage, people at Audiomack witnessed something that many never thought would happen again. Playboi Carti’s DJ cued his Die Lit standout track “Shoota,” featuring his former friend Lil Uzi Vert.

There’s been a rift between Carti and Uzi since 2019, but it seemed they’ve finally made up as Baby Pluto appeared alongside King Vamp and tore through their collaborative record.

Other highlights from day two included Wale and Kodak Black bringing out special guests for the hometown crowd. Wale performed his J. Cole-assisted “Poke It Out” and brought out Queens legend and A Tribe Called Quest member Q-Tip for a run-through of “Vivrant Thang” which Wale sampled.

Kodak Black made a statement bringing out Brooklyn drill pioneer 22Gz on stage for a performance of their 2018 record “Spin The Block.” 22Gz finally got his Rolling Loud moment two years after he was banned from the same event by the New York Police Department. And for those who may not remember, Kodak Black was arrested at Rolling Loud Miami in 2019.

After two hellacious days in Queens, festival-goers will be trekking to Citi Field once more for day three on Saturday (Oct. 30). Travis Scott, Roddy Rich, A$AP Ferg, Chief Keef, NLE Choppa and more are next up to bat and are looking to send fans home with a memorable finale to an electrifying weekend.