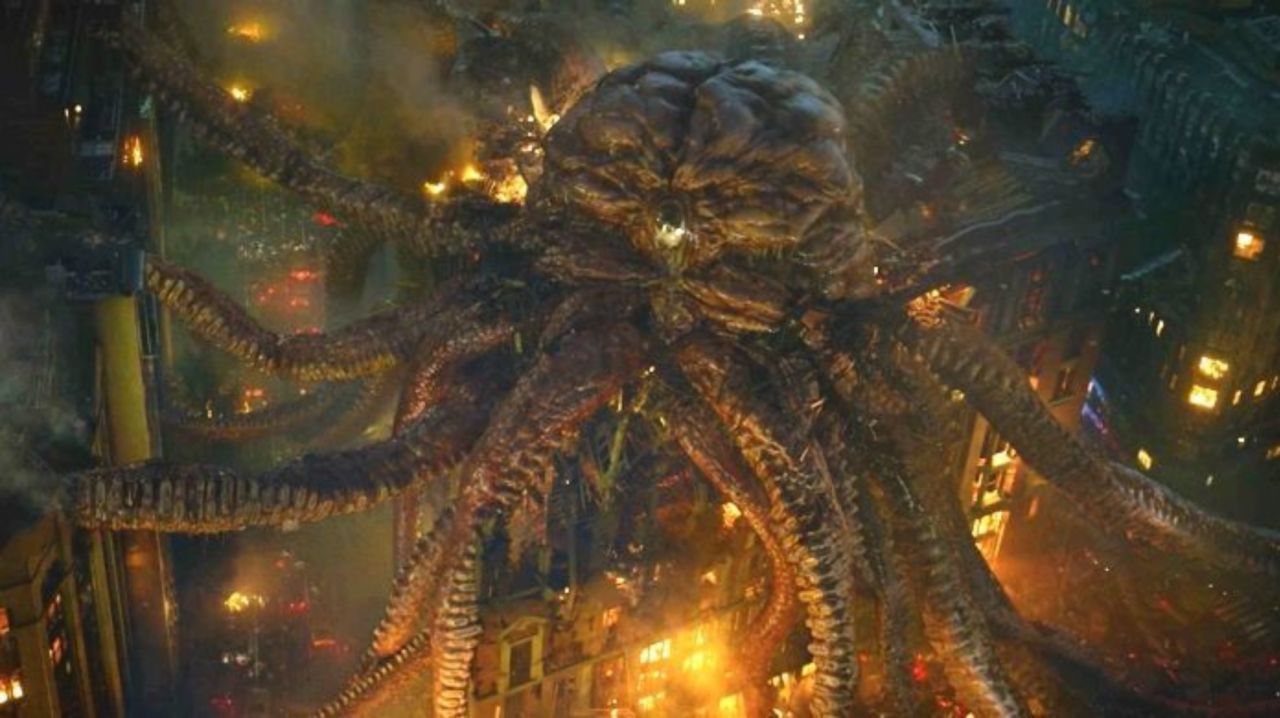 The director of Watchmen’s “Little Fear of Lightning” has revealed how they got that terrifying squid to work in the episode. Steph Green took the HBO audience deep inside the psychology of Tim Blake Nelson’s Looking Glass during that episode and it’s an absolute delight. The cold open with what happened all those years ago in New Jersey when Ozymandias’ plan went into action shocked viewers who might not have been familiar with the graphic novel. The immense alien-looking being was quite a shock in the pages of the book, but the CGI monstrosity took your breath away in live action. Green told Collider all about getting the VFX right and communicating that twisted fair scenery in a recent interview.

“It was a huge team effort and construction project really, with everyone. I can’t even count the endless meetings we had, but I did have a clear vision for what I wanted to do. I love the idea of this sort of innocent, vulnerable boy, Jehovah’s Witness, getting off the bus and being exposed to this like very gritty carnival where people are kissing and there’s donuts and music and smoking and all these things that are just bad,” she began.

“I was very nervous when we were in Georgia, in Atlanta, we took over basically a block of this very generous neighborhood. And we designed the carnival,” Green continued. “Everything from getting the time period stuff right to later when he comes out of the funhouse mouth to have a hundred plus extras laying on the ground, covered in blood. We had panda bears connected to Panda, all these sort of significant prop items.”

“We shot our actor against green screens, sort of screaming and collapsing so that we could put shattering around him. Then we destroyed the fun house for the second day, put in shorting circuitry and smoke,” she added. “And that’s when we used a doggy camera, a camera you mount on the body of the actor as he’s coming out, which is really again testament to how Watchmen allowed us to push the envelope in terms of shooting conventions. Like that is not a tool I pitch on every show, but this show just has so much room for fun tools.”

“But speaking of fun tools, the way we did that pull away from the clown’s mouth is a spider cam or a zip line camp. So the camera was on this huge zip line that moved away from the face of the young boy screaming, “What happened?!”, and it zipped back really quickly over all the destruction. And then you’ll see there’s a big Ferris wheel, that big large Ferris wheel is VFX,” Green pointed out. “And the minute you pass through that, you’re in VFX build land. And it’s built to be exactly the distance to Time Square where the squid actually fell. And the camera backs up, and designing that with the VFX team was really, really fun just to conceptualize and kind of figure out how we would reveal the squid.”

What was your favorite episode of Watchmen? Let us know down in the comments!

‘Russia will pay heavy price’ if it invades Ukraine, Biden warns
Russia accepts UK talks invite amid fears Ukraine invasion is ‘imminent’
Bank of England governor ‘concerned’ about inflationary pressures becoming more stubborn
Can You Manifest Your Dreams On Social Media?
Universal Orlando Has A Great Response After Having To Shut Down One Of Its Parks