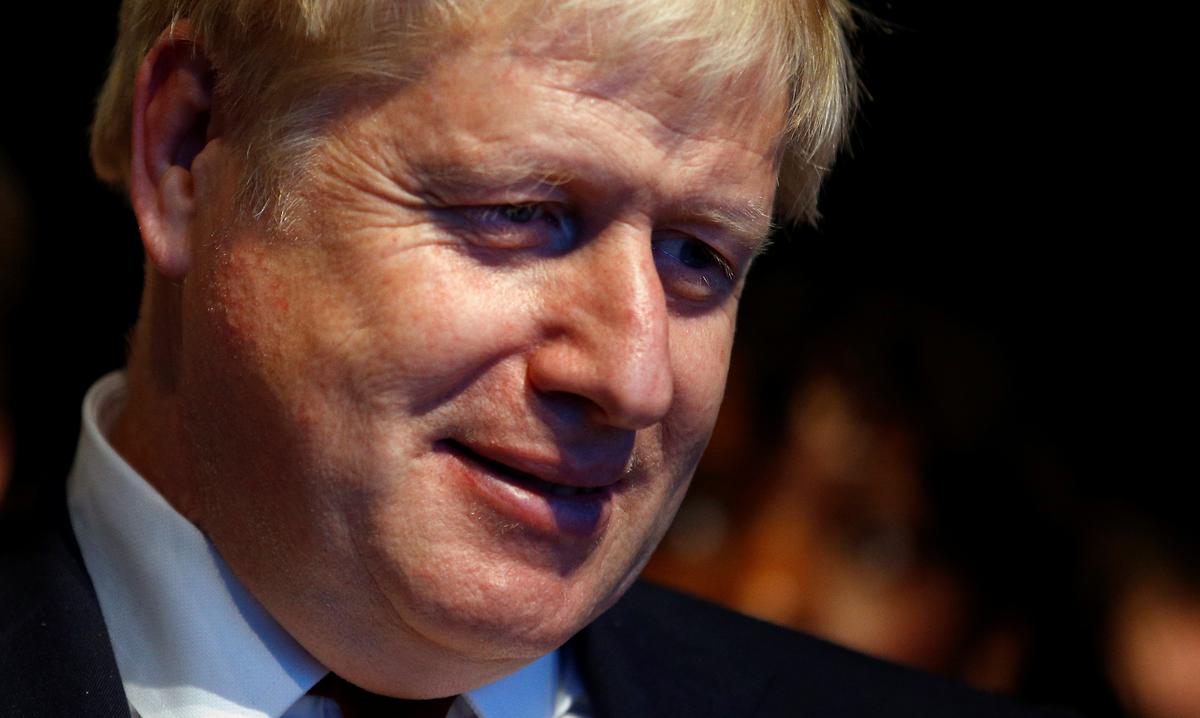 MANCHESTER, England (Reuters) – As Britain’s governing Conservatives hold their annual conference in Manchester there is one riddle which has echoed around the bars and restaurants – how will Prime Minister Boris Johnson fulfill his pledge to deliver Brexit on Oct. 31?

Johnson opened the four-day event by repeating a pledge to take Britain out of the European Union with or without a deal, but there is a catch.

A law passed by parliament says that if he fails to strike a deal and get it approved by lawmakers by Oct. 19, he must request a delay.

So how he might deliver on his promise in that case is baffling his party, his government and his opponents. Is he bluffing over a no-deal Brexit or does he have a masterstroke to take the United Kingdom out of the EU in just a month’s time?

“Get Brexit done” is the slogan of the conference, yet Johnson has refused to shed any light on the question that could define the United Kingdom’s most significant geopolitical move since World War Two.

The question – which could send shockwaves through financial markets, undermine global growth and divide the West – has been asked repeatedly of panelists at events on the sidelines of the conference.

Few have an answer, even ministers.

After assuring the world that a no-deal Brexit was still possible on Oct. 31, finance minister Sajid Javid, when asked directly if he knew the Brexit plan, said: “I think I do.” He didn’t elucidate.

The minister responsible for no-deal planning, Michael Gove, said such a scenario was still possible but when asked how that could happen, he referred to an aphorism attributed to Yogi Berra.

“The answer… is to reflect on what Yogi Berra, the American baseball coach said, which is ‘One should never make predictions, especially about the future,’” Gove said.

Johnson’s senior adviser, Dominic Cummings, said Brexit would take place on Oct. 31 and when asked about the law which delays Brexit if there is no deal said: “Well, we shall just have to see won’t we.”

To get a deal, Johnson has just over two weeks before an Oct. 17-18 EU summit to prepare the ground but he must then also ratify any accord in the British parliament which thrice rejected predecessor Theresa May’s Withdrawal Agreement.

An abrupt exit without a deal is the nightmare for many international businesses which fear trade would be disrupted and supply chains ruptured, undermining already weak EU growth.

“There is a lot of people who basically want to stop us delivering Brexit on Oct. 31 but I have to tell you that we are not going to be deterred from that ambition, we are going to get on and do it,” Johnson said.

Johnson’s promises of a possible no-deal Brexit prompted opposition parties to pass a law earlier this month, proposed by opposition Labour lawmaker Hilary Benn, that would require the prime minister to request a Brexit delay.

Johnson calls the law the “surrender act” and has said he will not request a delay.

“The biggest question at this conference is: what is Johnson up to on Brexit?” said one conference attendee. “Some ministers are wondering whether no-deal is not just a cleaner and better option.”

Some of his political opponents in parliament suspect perfidy and are studying ways to ensure there are no loopholes. The government’s possible use of emergency powers has even been discussed.

Former attorney general Dominic Grieve, an influential member of parliament and an anti-Johnson rebel in the Conservative Party, said that even if Johnson got a deal, then there would need to be an extension to allow time for Britain to pass the necessary legislation to enact it.

“My view is the Benn Act works, that the government will be compelled to seek and Article 50 extension and if the prime minister doesn’t want to do that then he will have to resign,” said Grieve, who was one of 21 Conservative lawmakers kicked out of the governing party’s group in parliament for rebelling against Johnson.

If Johnson refused to extend or resign, the United Kingdom could see its prime minister taken to court, Grieve said.

“He would be taken to court and a writ of mandamus would be issued against him and he would be told as a matter of law he has to write the letter,” Grieve said, adding that the use of emergency powers to deliver Brexit would be “an outrageous thing to do”.