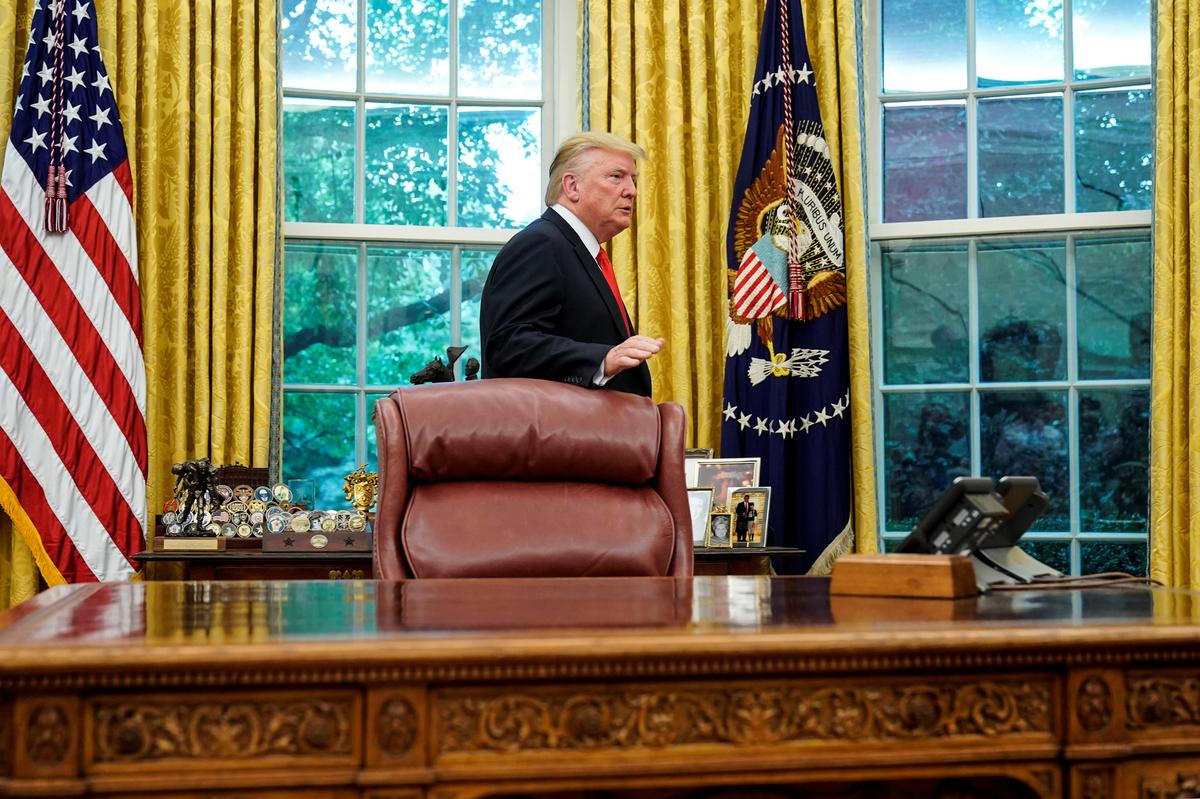 WASHINGTON/NEW YORK (Reuters) – At a closed-door meeting at the White House on Aug. 19, President Donald Trump looked increasingly alarmed as his top envoy to China delivered evidence of rising Farm Belt frustration over his biofuel policy along with a stark warning: You’ve got a problem in Iowa.

Terry Branstad, the former Iowa governor and now U.S. ambassador to China, told Trump that while farmers may have remained loyal to him despite the economic pain caused by the more than year-long trade war with China, they would not stomach policies favoring the oil industry at their expense, according to four people familiar with the substance of the meeting.

The administration, he explained, was undermining Trump’s support in the battleground of Iowa and Wisconsin, by freeing too many oil refineries from obligations to add corn-based ethanol to their fuel, according to the sources, who requested anonymity because they are not authorized to discuss internal deliberations.

At the near two-hour meeting that also involved Trump’s top security and economy advisers, Branstad showed a map of counties that had flipped in Trump’s favor in 2016 but were now considered at risk in the November 2020 election. Branstad also listed quotes from Democratic presidential candidates assailing his biofuel policy as a betrayal of corn farmers, and headlines about ethanol plants shutting down across the Midwest, the sources said.

His presentation shocked the Republican president, who was previously assured by his political advisers that he had Iowa “locked.”

“This was the first time that the president was made fully aware of how angry these farmers are over this issue and that he could have a serious problem in Iowa and potentially other states where this topic is an issue,” said one of the sources.

Before the meeting ended, Trump had already dispatched his Cabinet members to come up with solutions to stem the farm anger, the sources said, setting off a chain reaction that the U.S. corn industry now hopes will mean fresh concessions to help farmers reeling from plunging crop prices and the loss of their biggest export market, China.

The previously unreported details of the meeting underscore the political bind Trump has found himself in as he looks to two of his most prized constituencies – Big Oil and Big Corn – to again propel him into the presidency next year.

It also shows how the biofuel debate, once an overlooked policy backwater, has become a volatile flashpoint as Trump tries to appease these competing interests.

The Renewable Fuel Standard requires oil refiners to blend biofuels like corn-based ethanol into the fuel pool or pay a price, but allows the government to issue waivers to small refineries who can prove compliance causes a hardship. Smaller refiners say the blending mandate creates a high financial burden that threatens their plants, jobs and regional fuel supplies.

Trump’s Environmental Protection Agency has handed out 85 such waivers since he took office, up from 23 during the last three years of the Obama administration, saving the oil industry hundreds of millions of dollars but enraging the corn lobby which argues it kills demand.

After a flurry of Cabinet meetings and phone calls that followed the Aug. 19 meeting, Trump sent a tweet last week promising he was working on a “giant package” that would make farmers “so happy.”

An announcement is expected as early as next week, followed quickly by a Trump trip to Iowa to celebrate, two of the sources told Reuters. Iowa’s Republican governor, Kim Reynolds, is helping to organize the rollout, which could include boosting ethanol blending mandates and expanding the markets for higher-ethanol blends of gasoline, the sources said. The Trump administration is considering increasing the biofuel mandates by 1 billion gallons, or roughly 5%, for 2020, according to a document seen by Reuters.

The White House declined to comment on the matter, but said, “President Trump is committed to ensuring our country not only continues to be the agricultural envy of the world, but also remains energy independent and secure.”

While corn and ethanol producers had largely blamed former EPA chief Scott Pruitt, an ally of the oil industry and outspoken critic of the biofuel mandate, for the initial expansion of the biofuel waiver program, Trump in early August personally gave his blessing to the agency to approve an additional 31 waivers to small refineries, placing him at the center of the issue.

The call to Wheeler forced him to leave a public meeting he had been holding in Fairbanks, Alaska, over a local dispute, the sources told Reuters.

The EPA did not comment on the phone call, but noted that the administration has overseen annual increases in domestic ethanol production and record ethanol exports.

While Branstad’s meeting with Trump had initially been meant as an opportunity for him to brief Trump on the ongoing trade negotiations with China, most of the two hours related to biofuels instead, the sources said.

As Iowa’s former governor, Branstad was well-placed to pick up the dissent from his agriculture contacts.

The RFS has been an economic boon for corn and soybean farmers in Iowa, the nation’s largest producer of ethanol. Iowa’s ethanol industry accounts for some 34,000 jobs. The state is also critical because of its early placement in the national process of a nominating a presidential candidate.

While rural Iowa Republicans are still unlikely to vote Democratic in presidential elections, political strategists say there is a risk they will sit out if Trump’s economic policies continue to hurt them. In 2016, Trump’s 9.54% victory margin over Hillary Clinton in Iowa was the largest Republican victory in the state since President Ronald Reagan in 1980.

Hoping to peel away rural support from Trump, most of the 20 Democratic presidential hopefuls have pounced on the waiver issue.

“President Trump has lied to Iowa farmers at every turn,” Democratic front-runner Joe Biden tweeted on Aug. 16. “He promised to ‘unleash ethanol’ but instead all he’s done is secretly unleash Big Oil from its renewable fuel obligations.”

Heading into the 2020 election, Trump will undoubtedly work hard to give Iowa farmers something to be happy about since they have been asked to bear the brunt of his trade wars, said Republican strategist Alex Vogel, who has served as a lawyer for the Republican National Committee and former Republican Senate Majority Leader Bill Frist.

“It’s really hard, if not impossible, to come up with solutions that make Iowa farmers and the energy industry happy on the RFS,” Vogel said. “The president has a fair amount of capital built up with the energy industry, so I suspect he will lean toward the farmers on this one.”

Reporting by Humeyra Pamuk in Washington and Jarrett Renshaw in New York; Additional reporting by Stephanie Kelly in Jackson, Nebraska, and Chris Prentice in New York; Editing by Soyoung Kim and Matthew Lewis