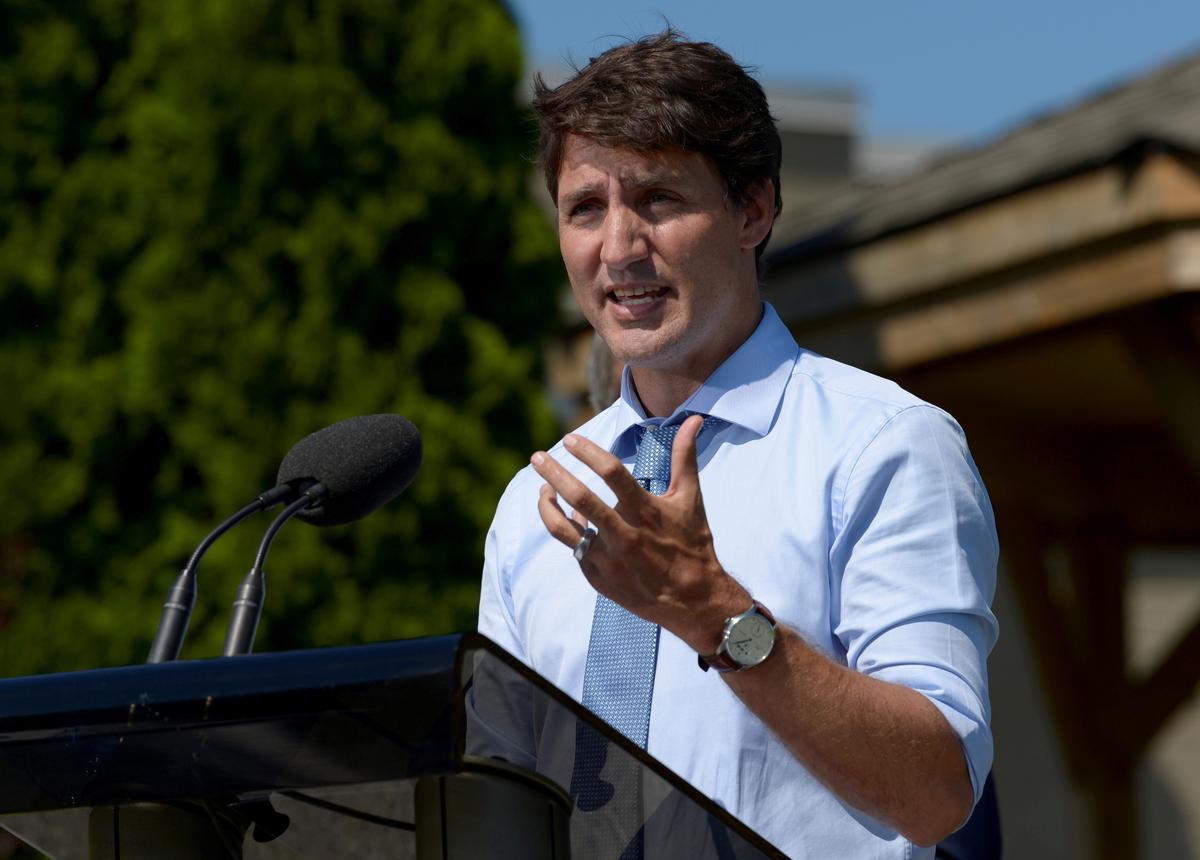 CALGARY, Alberta/WINNIPEG, Manitoba (Reuters) – Canadian Prime Minister Justin Trudeau has cast himself as a champion in the fight against climate change while pushing to expand an oil pipeline to help struggling producers, a contradiction that may hurt his re-election bid next month.

Trudeau’s Liberal government bought the Trans Mountain pipeline for C$4.5 billion ($3.40 billion) last year to ensure the expansion would proceed. Months later, a court blocked the project because it said the government had failed to adequately consult indigenous peoples living along the pipeline’s path.

Work recently restarted after the government reapproved the project in June, but the pipeline hit another snag on Wednesday when a federal court said it would allow six legal challenges by First Nation groups to go ahead.

Canada is the world’s fourth-biggest producer of crude and the energy industry accounts for about 11% of annual nominal gross domestic product. But fierce environmentalist and indigenous opposition and years of regulatory delays have created an export pipeline impasse that has cost billions in investment dollars and thousands of jobs.

Although the pipeline expansion is widely expected to increase Canadian crude exports, it has been a headache for Trudeau who promised to be a standard-bearer for global action on climate change when he took office four years ago and is counting on support from environmentalists in next month’s vote.

“There is disappointment because he came in with big promises of doing politics differently. And that hasn’t materialized,” said Keith Stewart, senior energy strategist at Greenpeace Canada.

Opinion polls show the Liberals and their main rival, the Conservative Party, in a statistical tie ahead of the October election. Canadians rank both the economy and climate change as top issues heading into the contest.

Before buying the pipeline, Trudeau won plaudits in 2016 for committing Canada to the Paris Climate Agreement to reduce greenhouse gases. Two years later, his government passed a nationwide carbon-pricing plan that kicked in earlier this year.

The prime minister defended his two-pronged approach in an interview that aired this week on Netflix.

“Canadians know you can protect the environment and grow the economy at the same time,” Trudeau said.

Trans Mountain would triple crude volumes moving from Alberta to the British Columbia (B.C.) coast, and supporters say the expansion will revitalize the struggling oil and gas sector, which is concentrated in the western prairies.

Conservative lawmaker Shannon Stubbs criticized Trudeau for failing to make progress on Trans Mountain, saying in a tweet that her party’s leader, Andrew Scheer, “has a plan to get pipelines built, to support Canada’s oil and gas sector and to help energy workers get ahead.”

The rub for Trudeau is that voters in oil-rich Alberta typically vote Conservative. But B.C. and Quebec, crucial battlegrounds for the Liberals, are much more sensitive to environmental issues.

“(Trudeau’s) brand is so tarnished in Alberta and Saskatchewan, even buying a pipeline didn’t make any difference, but the Liberals lose votes in B.C. and Quebec every time they talk about it,” said Jared Wesley, a political science professor at the University of Alberta.

Many of the Liberals’ 17 B.C. seats are near the coastline that could be affected by Trans Mountain, and the Green Party, a smaller rival that draws from the same pool of voters as the Liberals, is gaining ground on Vancouver Island, polls show.

On election night, B.C. votes will be tallied last and the winner may depend on who emerges victorious on the west coast.

“If in 2015, someone had said that Justin Trudeau would not only approve a pipeline but invest in a pipeline, they would have said you were smoking something,” said Nik Nanos, president of pollster Nanos Research. “He made a decision trying to balance his environmental aspirations with jobs, and in the process, either disappointed or alienated many Canadians.”

Reporting by Nia Williams in Calgary, Alberta and Rod Nickel in Winnipeg, Manitoba; Editing by Steve Scherer and Peter Cooney

James Cromwell Gets Emotional While Talking About How He Came Up With His Famous ‘That’ll Do, Pig’ Line In Babe
Boris Johnson’s legal fees could cost taxpayer more than £222,000, says top civil servant
Rising public support for unions despite widespread strikes, Sky News poll suggests
The Love You Save
Bodycam footage shows Tyre Nichols calling for his mother as he is beaten by officers before his death