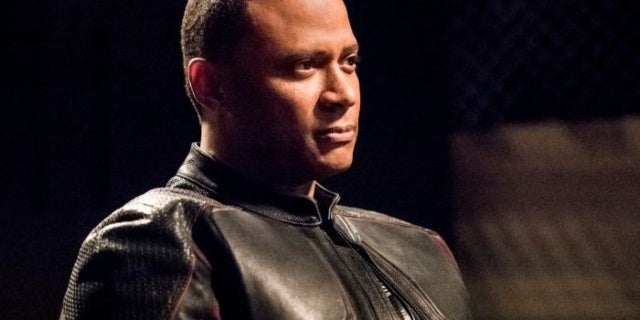 Several Arrow stars will be stepping behind the camera for the show’s ten-episode final season, including John Diggle/Spartan actor David Ramsey. Thanks to a new Instagram post, we have a bit more insight into the episode he’ll be directing. On Thursday, Ramsey took to Instagram to share a photo of his episode’s script page, which reveals that it will be titled “Reset”.

Ramsey previously directed an episode of the show’s previous season, which was titled “Past Sins”.

“You have that when you come onto a show, because you’re looking at the story.” Ramsey told ComicBook.com earlier this year of the experience of directing. “You’re looking at each character, you’re looking at your own character, and it was really true for the first three seasons on the set….When I got the opportunity to direct, it was back to that feeling of season 1, 2, and 3 again: the bigger picture, the big story, all the characters’ arcs, not just my own. So it changed it, and it was a shot in the arm. It was like, what a rich story with all of these rich characters. You really get to see the Arrow phenomenon and why it’s so successful, because these are very, very good characters that have a lot of life still left in them.”

Given the fact that Ramsey has been a part of Arrow since its inception, the notion that he will have an extra hand in crafting the final season is certainly bittersweet.

“This has been a highlight of my life, man. The highlight of my career,” Ramsey told ComicBook.com in July. “Me and Stephen were just talking about that earlier today. This is not a small deal, nobody could have seen it coming, and we just have to sit back….No, let’s take that. This will never, ever happen again — at least not this way. So we just have to sit back and be grateful in my opinion for this moment because Arrow is something that nobody could have seen and something incredible happened that couldn’t be duplicated. For me, I get very introspective about it and get very grateful.”

UK to raise defence spending as NATO chief warns of danger of ‘full-scale’ war with Russia
Tory whip resigns over groping allegation after ‘drinking far too much’ on night out
These Popcorn Flicks are Calling for Rough Weather!
Boy, 3, dies after falling from 29th floor balcony in New York
Book Riot’s Deals of the Day for June 30, 2022