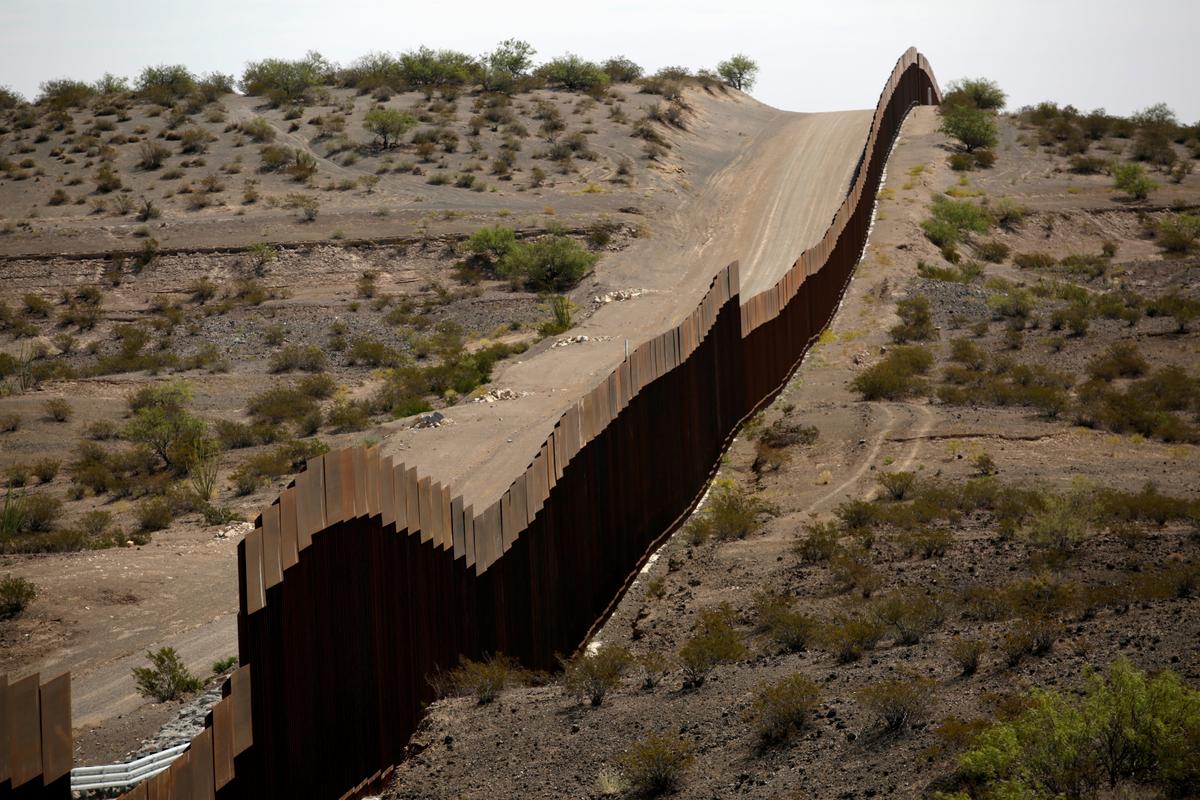 WASHINGTON (Reuters) – More than 120 U.S. military construction projects will be adversely affected as the Pentagon prepares to use $3.6 billion to help build or enhance 175 miles (282 km) of the border wall with Mexico, U.S. officials said on Tuesday.

Earlier this year, President Donald Trump declared a national emergency in a bid to fund his promised wall at the U.S.-Mexico border.

The emergency declaration allows the Trump administration to use money from the military construction budget and the Pentagon has said it could use $3.6 billion from the budget.

In March, the Pentagon provided Congress with a broad list of projects that could be affected, but did not provide details.

Elaine McCusker, the deputy under secretary of defense comptroller, said construction could begin as early as within 100 days on land owned by the Defense Department, such as the Barry Goldwater Air Force Range in Arizona.

There are more than 4,500 active duty and National Guard troops on the border.

Lieutenant General Andrew Poppas, director of operations at the Joint Staff, said he expected that building the wall would reduce the number of troops needed on the border.

Trump made the border wall a major 2016 campaign promise. The wall, which critics have called a political stunt, is part of his hardline immigration policies that are central to his 2020 re-election bid.

“Department of Defense components and military departments provided input and prioritized projects based on effects on readiness and consistency with the national defense strategy,” Pentagon spokesman Jonathan Hoffman said.

Hoffman added that the specific projects affected would be released after lawmakers were notified of the decision.

The announcement was criticized by Democratic lawmakers.

In a conference call with U.S. House of Representatives Democrats, Speaker Nancy Pelosi discussed her phone conversation with Defense Secretary Mark Esper about the decision earlier in the day.

“My view of it is that stealing money from military construction, at home and abroad, will undermine our national security, quality of life and morale of our troops, and that indeed makes America less safe,” Pelosi said, according to an aide.

She said she told Esper that Trump was negating the constitutional principle of separation of powers, the aide said.

“This decision will harm already planned, important projects intended to support our service members at military installations in New York, across the United States, and around the world,” Senate Democratic leader Chuck Schumer said in a statement.

What to Watch: Rise, Only Murders In the Building, The Terminal List
Right to abortion overturned by US Supreme Court after nearly 50 years
How Chadwick Boseman’s Estate Has Been Settled Following The Actor’s Death
Hearn duo eye £150m windfall from sale of Matchroom Sport stake
Boris Johnson calls questions over his leadership ‘political commentary’