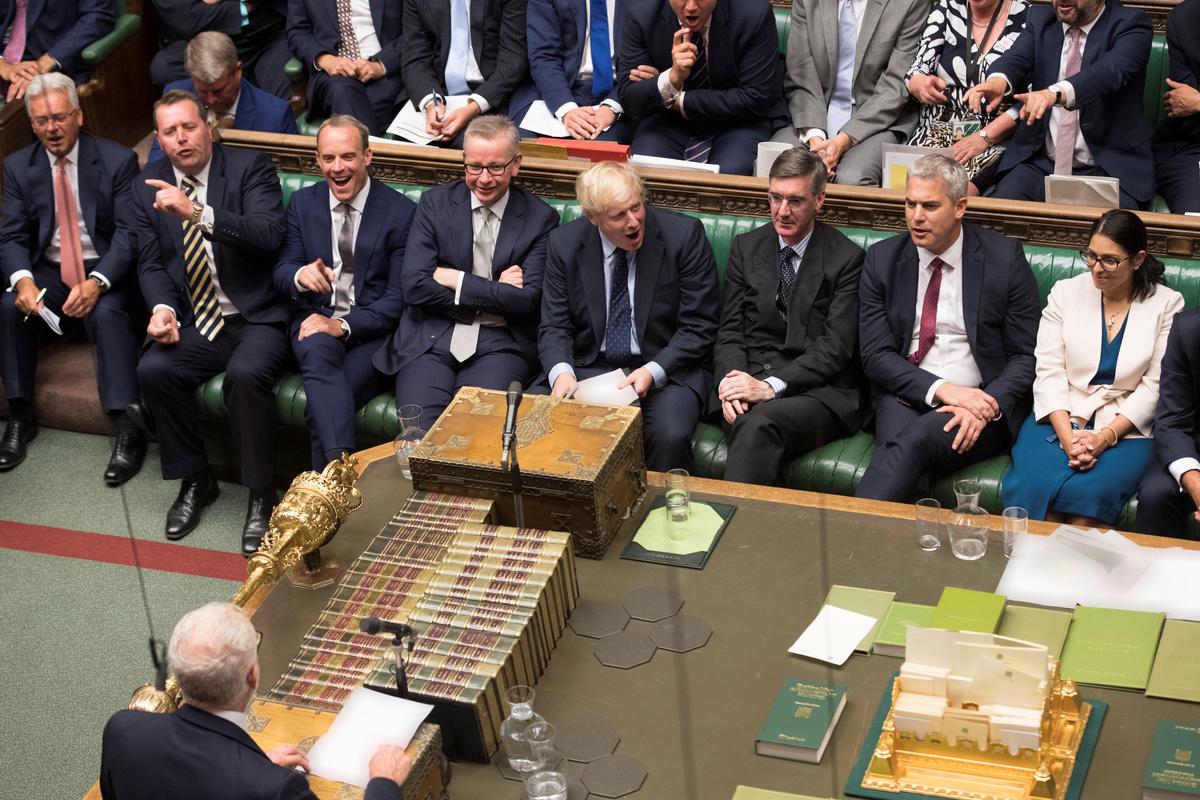 LONDON (Reuters) – British Prime Minister Boris Johnson’s defeats in parliament on Tuesday and Wednesday leave Brexit up in the air.

Lawmakers were on Wednesday trying to pass a law through the lower house of parliament, the House of Commons, that would force Johnson to seek a three-month delay to Brexit. Johnson was then due to ask parliament to vote for an early election.

Following is the outline of what is expected to happen. All times are GMT.

1600: Lawmakers voted by 329 to 300 to approve the first stage of the legislation to force Johnson to seek a delay to Brexit, put forward by Labour lawmaker Hilary Benn.

1600-1800: The House of Commons carries out a more detailed debate on the legislation, including proposed changes put forward by lawmakers. This is known as the committee stage. At the end of this stage they will vote on any amendments selected by the deputy speaker, who oversees the debate.

After voting on amendments, lawmakers will be asked to give the legislation its final approval. If this passes, it will then move to the upper chamber, the House of Lords.

How long this stage lasts depends on how many votes there are. Each vote takes around 15 minutes.

If the legislation is approved, Johnson will seek a vote on holding an early election. Lawmakers will hold a 90-minute debate before voting. Two-thirds of parliament’s 650 lawmakers – 434 – have to approve an election for it to go ahead.