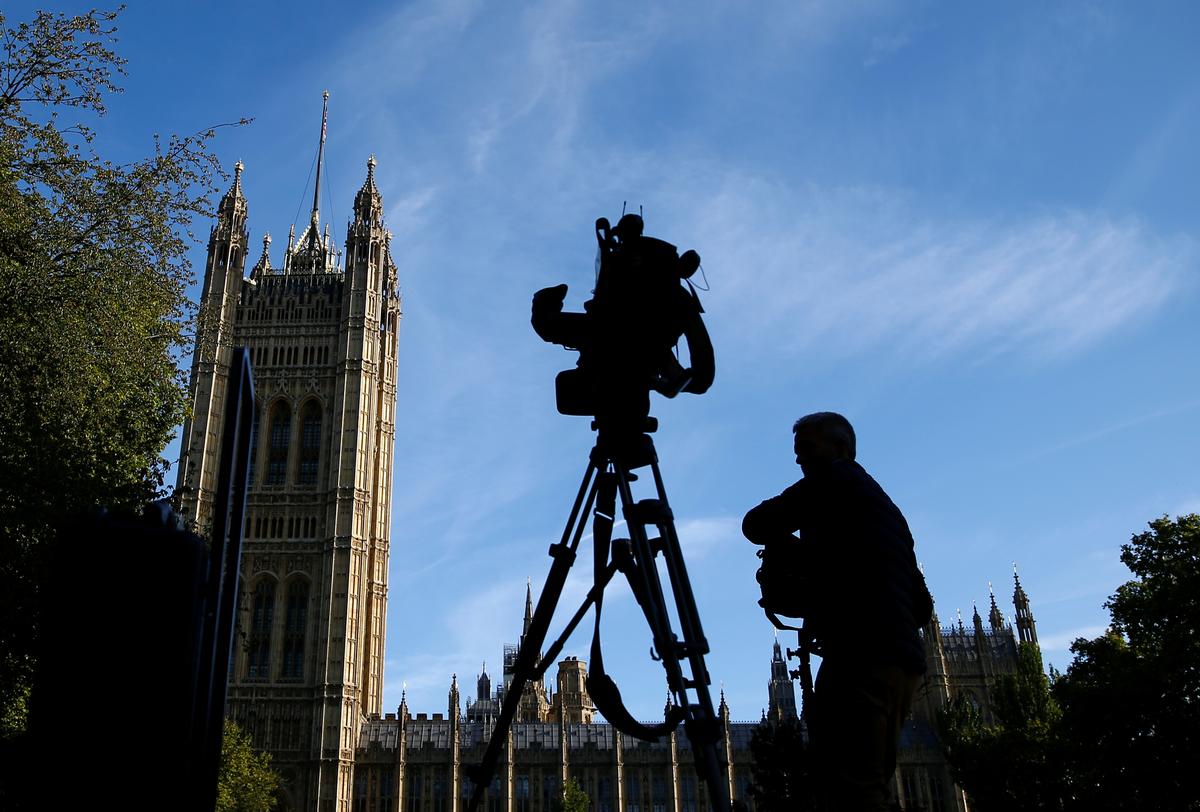 LONDON (Reuters) – British lawmakers opposed to a no-deal Brexit will seek to take control of parliamentary time on Wednesday to pass legislation which would force Prime Minister Boris Johnson to seek a three-month delay to Brexit.

A member of the media sets up a TV camera in front of the Houses of the Parliament in London, Britain, September 2, 2019. REUTERS/Henry Nicholls

The lawmakers will first put down a motion for an emergency debate on Tuesday. If approved by a vote in parliament on Tuesday, they would then take control of business in parliament from 1400 GMT on Wednesday.

They would use this time on Wednesday try to pass a law, against the government’s wishes.

This is what the legislation would do:

– It requires that by Oct. 19, the government must meet one of the following two conditions:

1) Reach a deal with the EU, which is the approved by parliament

2) Get parliament’s approval to leave without a deal

– If neither of these has happened, the government must write to the European Union seeking an extension until Jan 31, 2020.

– If the EU agrees to an extension to Jan 31, Johnson must immediately accept the extension.

– If the European Council proposes an extension to a different date then the Johnson must accept that extension within two days, unless parliament rejects it.

– If either of these conditions are met after the letter is sent, then the government can withdraw or amend the letter.

“You Are Love” delivers on the sheer physical rush of dance music, as HAMX holds nothing back
132 Black Friday Sales You Can Still Shop: Kate Spade, SKIMS & More
4 books to give to bibliophiles
Russia tightens LGBTQ+ law in clampdown on beleaguered community
This $9 Dry Shampoo Has 10,200+ 5-Star Amazon Reviews