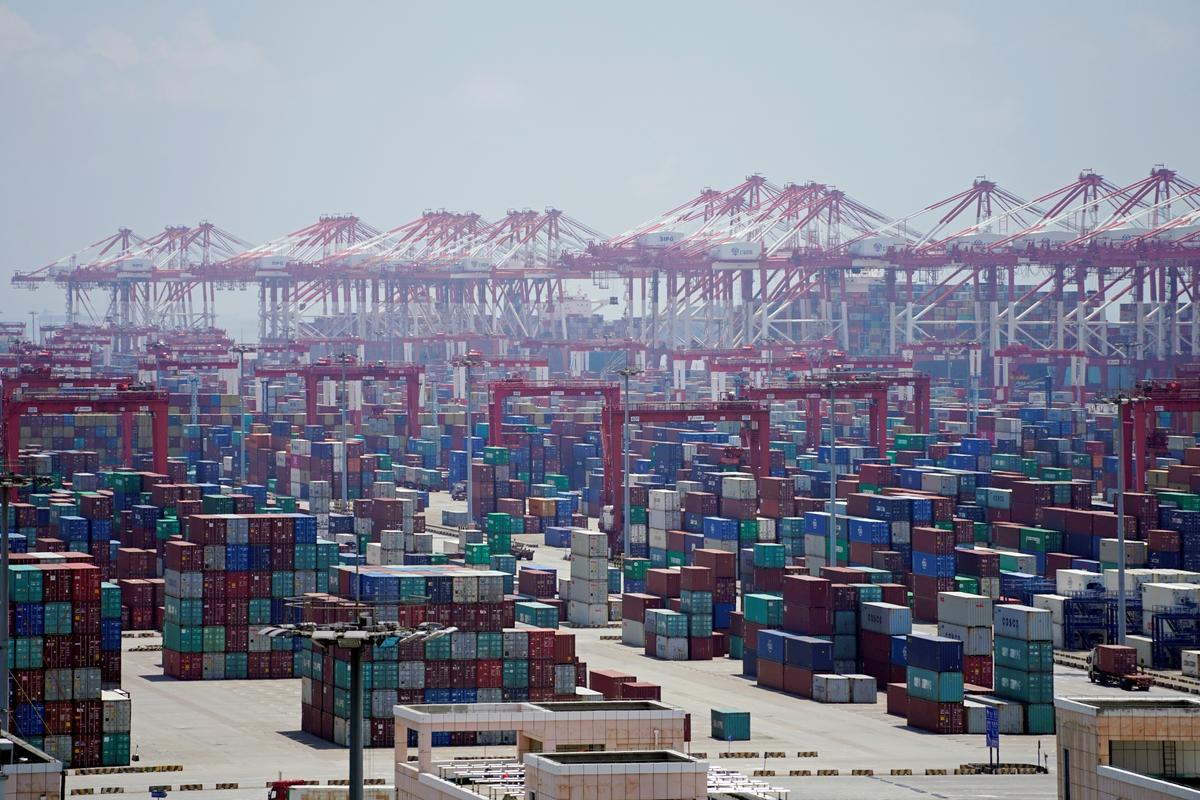 SHANGHAI (Reuters) – Some Chinese business sectors reported solid first half earnings, though a substantial fall in industrial profits and in tepid overseas investment inflows into China’s stock markets show fallout from the protracted trade war with the United States.

Foreign portfolio inflows into stocks in the world’s second largest economy have slowed dramatically. Stocks exposed to overseas markets and a weaker yuan have seen sustained selling while companies in the consumer and technology sectors have seen share prices rise as Beijing boosts domestic consumption and seeks technological independence.

Inflows in January-August via the Stock Connect scheme with Hong Kong were about 120 billion yuan ($16.92 billion). That topped the year-earlier number, but was a fraction of the 600 billion yuan of 2019 inflows the China Securities Regulatory Commission (CSRC) expressed hope for at beginning of the year.

Global index provider MSCI is quadrupling the weighting of Chinese mainland shares in its global benchmarks this year, while FTSE Russell began adding China A-shares to its main emerging markets index in June.

But industrial profits have slowed since 2018’s second half as economic growth slipped to a near 30-year low.

Shares in machinery, electronics and home appliances firms, seen as vulnerable to trade tensions given their reliance on overseas markets, have been under selling pressure.

BOE Technology (000725.SZ) is an example. The OLED display panel maker, which saw first-half profits plunge 44%, said it faced extremely severe challenges due to trade frictions and an industry downturn.

As the trade war pushed the yuan CNY=CFSX to an 11-year low, it hurt companies sensitive to currency moves, including real estate firms and airlines. The CSI300 real estate index .CSI000952 dropped 7.1% in August as a weakening yuan made the property market less desirable for foreign investors.

Major airlines posted losses in the first half, as a softer yuan ate into their profits, given their large amounts of dollar-denominated debt.

To offset effects of the trade war, Chinese policymakers rolled out measures including tax cuts and lower reserve requirements for banks, which were pushed to lend to smaller companies.

Tech firms, in focus after the United States imposed restrictions on major Chinese tech giants including Huawei Technologies [HWT.UL], got a boost from China’s continued push for technological independence, in particular the newly launched STAR Market board which is modeled after Nasdaq.