It’s been just a few years since Tom Holland entered the Marvel Cinematic Universe. However, his life has already changed dramatically.

Not only has he played Spider-Man in five superhero films, but he’s also formed friendships with quite a few A-listers. His celebrity pals include Robert Downey Jr., Chris Hemsworth, Zendaya, Jake Gyllenhaal and Chris Evans.

“I’ve been so lucky that I’ve had friends like Zendaya. friends like RDJ, friends like Hemsworth,” he tells GQ Style for its Fall/Winter issue. “Now a friend like Jake Gyllenhaal, where I can really kind of confide in them, ’cause they’ve been through it before. But I think the best piece of advice I got or saw was how you’re working with actors who are at the top of the game. Like, it doesn’t get much higher than where they’re at, but they’re also professional and so nice and so humble. So, it was a nice eye-opener for me that, like, you can work in this industry and be at that level and not be a dick. You know? ‘Cause you hear all the horror stories.”

He’s also worked with Gwyneth Paltrow—although, she may not remember it. As fans will recall, the actress made headlines this summer after she failed to recall appearing in Spider-Man: Homecoming.

“I mean, I always know what movie I’m in.” Holland tells the magazine when asked about the subject. “But I mean, you could be on set and you might not know what planet you’re on or who you’re fighting or who the superhero on your left is. But what’s nice for me is that at the end of the day, I grew up a massive fan of these movies. So, for me to get the chance to work on them but also kind of be in the dark as to the story, I can still kind of enjoy the film just as a fan, you know?”

Over the years, he’s been able to learn a lot from his celebrity pals. He even struck up a social media conversation with Dwayne Johnson—someone the 23-year-old star has “always looked up.”

“He’s such an inspirational dude,” he notes.

In fact, he felt inspired to honor The Rock after their online chat. 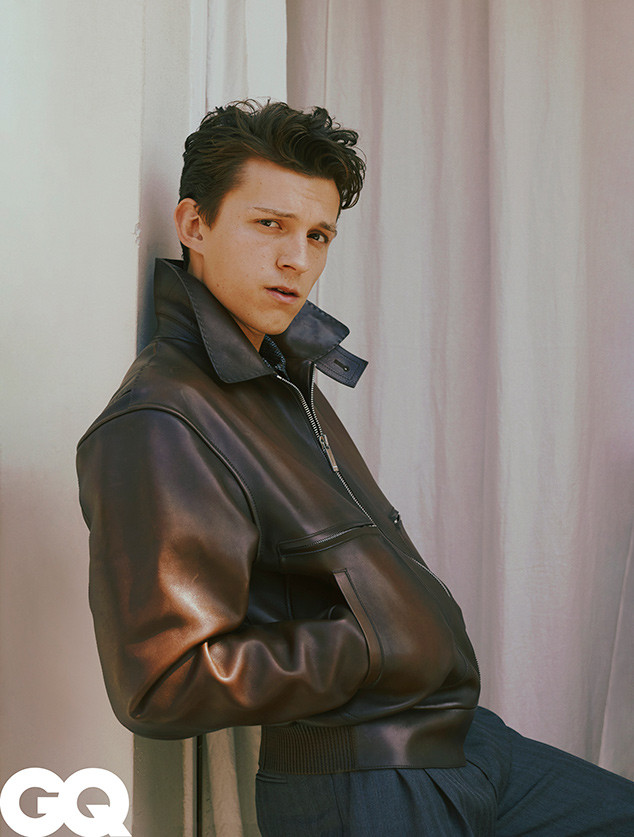 So, how did he secure the role of Peter Parker in the first place? According to GQ Style, Holland landed the lead in London’s West End production of Billy Elliott when he was 9 years old. He trained for the part for two years and would practice ballet in his school’s gym with his teacher. While he said he was bullied quite a bit, he credited ballet with helping him learn how to express himself in different ways—which became particularly useful when it came to conveying various emotions while wearing Spider-Man’s mask. By age 11, he was doing theater every night. However, he hit a “bit of a rut” when he was 18. So, he came up with a “plan B” and learned carpentry like many of the men in his family. Still, he kept auditioning and ended up landing the Spider-Man role.

“In that period of time while I was figuring out plan B,” he tells the magazine, “it all kind of clicked.” 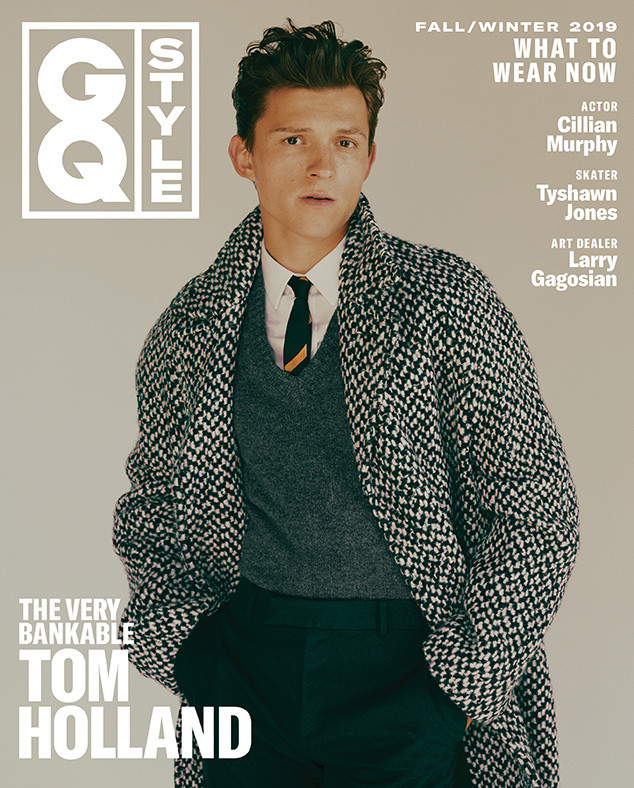 Still, fame comes with a price—something Holland was reminded of after he made headlines over his recent outings with a blonde woman.

“It’s just, I’m a very private person. If you do a Google search, I’m not a tabloid person. I don’t like living in the spotlight. I’m quite good at only being in the spotlight when I need to be. Um, so…uh…it just was a bit of a shock to the system,” he said. “It’s the first time I’ve ever kind of been in the tabloids. It’s the first time something like this has ever really happened to me. So it’s a bit of a shock to the system. Um, but you know, but it’s something that you look at and you go, ‘Oh, well, I just don’t put myself in that situation again.’ “

To read his full interview, head over to GQ Style.