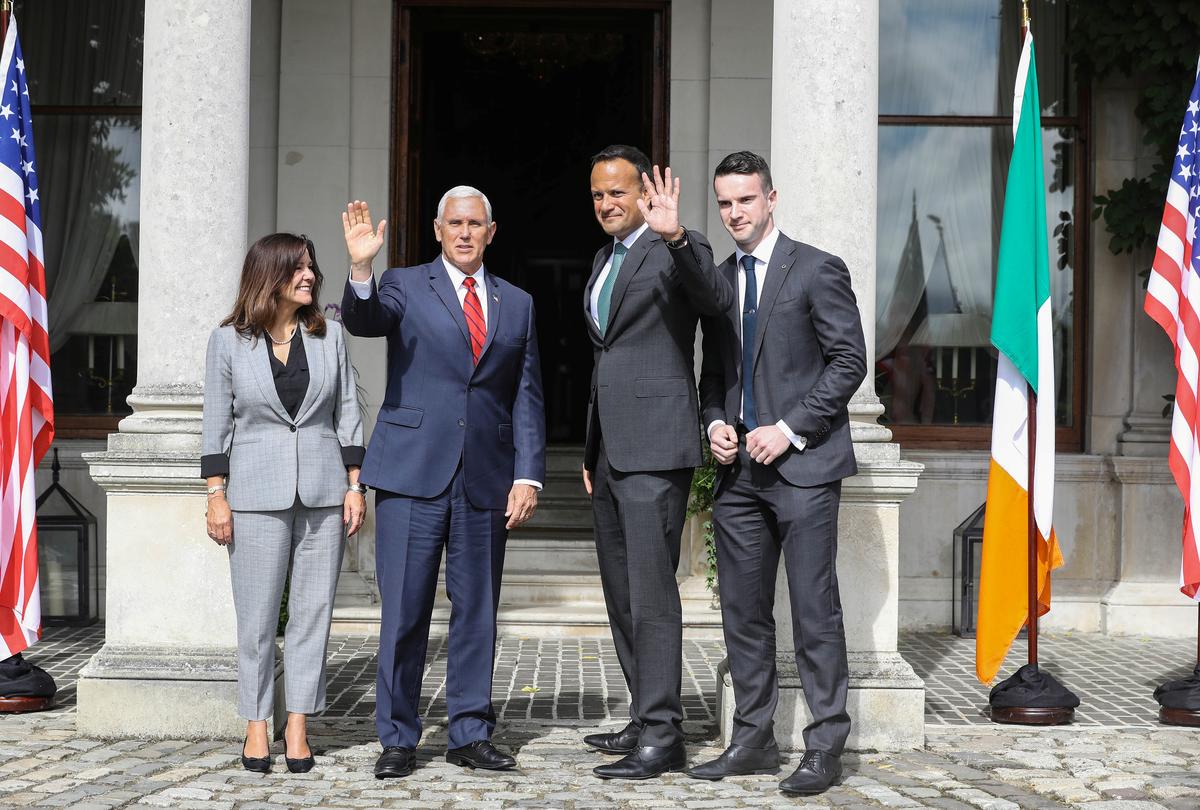 SHANNON, Ireland (Reuters) – U.S. Vice President Mike Pence drew fire from Democrats on Tuesday when he met with Irish leaders in the capital, Dublin, but stayed at a hotel owned by President Donald Trump almost 300 kilometers (180 miles) away, at Trump’s urging.

Pence flew to Dublin on Tuesday after spending the night at the Trump International Golf Club in Doonbeg on the west coast of Ireland. The hotel also hosted the Trump family during a brief trip to Ireland by the president in June.

Asked if Trump had suggested that Pence stay at the property, the vice president’s chief of staff, Marc Short, told journalists, “I think that it was a suggestion.”

California Democratic Congressman Ted Lieu accused Pence in a post on Twitter of “funneling taxpayer money” to Trump by staying at the hotel. “You took an oath to the Constitution, not to @realDonaldTrump,” Lieu said.

The Democratic National Committee also chimed in, saying in a post on its DNC War Room Twitter feed that Pence’s choice of hotel meant “your tax dollars: making the Trump family richer.”

Pence’s stay was paid for by U.S. taxpayers, Short said, but the vice president personally paid for his sister and mother who had traveled with him. Pence’s great-grandmother was from Doonbeg.

Trump has retained ownership of his hotels, golf courses and other businesses, but he gave control of the businesses to his sons shortly before he took office in January 2017.

Former government ethics officials and watchdog groups say Trump has failed to put safeguards in place to ensure that he does not directly profit from his actions as president.

Short said the original plan had been for Pence to hold meetings in Dublin and to head to Doonbeg afterwards. A last-minute schedule change meant Pence would need to visit Dublin after staying overnight in Ireland, and Trump’s property had already been vetted.

Trump on Thursday canceled a visit to Poland here in order to monitor Hurricane Dorian, and sent Pence in his stead. He was later criticized for playing golf during that time.