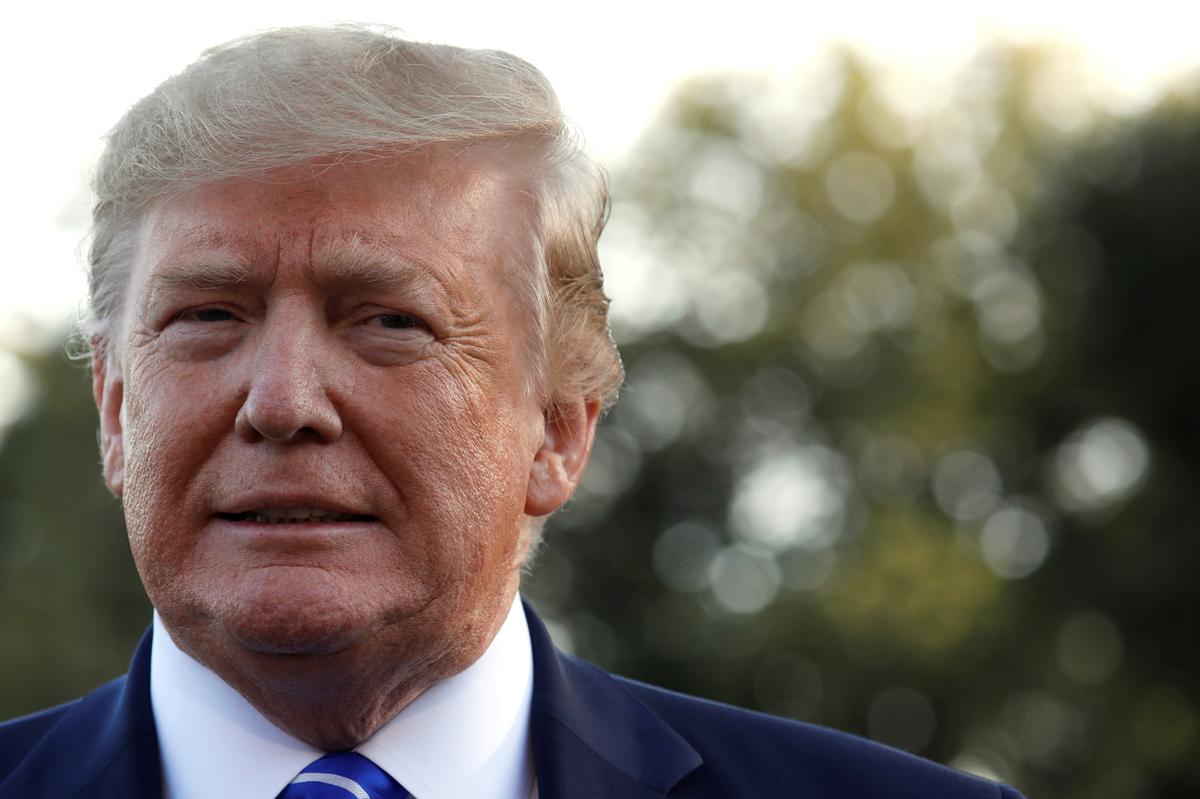 FIL PHOTO: U.S. President Donald Trump speaks with reporters on the South Lawn of the White House in Washington, U.S., before his departure to Camp David, August 30, 2019. REUTERS/Yuri Gripas

WASHINGTON (Reuters) – U.S. congressional Democrats are planning to investigate allegations of President Donald Trump’s involvement in hush-money payments to women who say they had affairs with him, the Washington Post reported on Monday.

The House of Representatives Judiciary Committee is preparing to hold hearings and request testimony from people involved in the 2016 payments to adult-film star Stormy Daniels and ex-Playboy model Karen McDougal as soon as October, the newspaper reported, citing people familiar with the plans.

Trump, who has denied the affairs, said he never directed Cohen to do anything illegal.

The Democratic-controlled committee is considering as a potential witness David Pecker, chairman and chief executive of American Media Inc, the publisher of the National Enquirer tabloid newspaper.

AMI admitted in a non-prosecution agreement with federal prosecutors that it made a $150,000 payment to McDougal “in concert” with Trump’s presidential campaign.

“No campaign violations were engaged in by the president,” said Jay Sekulow, a lawyer for Trump, the Post reported.

The White House could not immediately be reached for comment.

You Can Still Shop Peter Thomas Roth’s 60% Off Cyber Week Sale
Ghostbusters: Afterlife’s Sequel Has Found A Director, And They Know The Supernatural Franchise Well
Weightless
England talent and ambition finally living up to expectation – but there’s still that man Mbappe to come
15 Best Wool Sweaters For Men You’ll Want To Wear Year-Round 2022