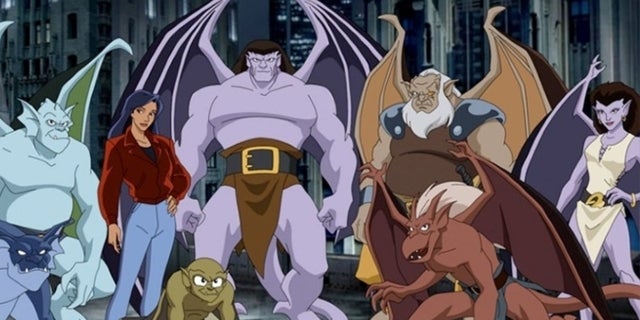 We’re living in a Hollywood Renaissance where movies and television shows are getting remade left and right. Often times we see novels adapted for the screen, other times we simply get a remake of a movie that first hit theaters some two or three decades ago. Or, in the case of the Hellboy franchise, relaunching a world not even ten years after the last movie hit theaters.

This past week, Dark Crystal: Age of Resistance hit Netflix, serving as a prequel to Jim Henson’s 1982 Dark Crystal film. The same streaming platform hosted an eight-season Voltron reboot and will serve as home to a Master of the Universe continuation from fan-favorite filmmaker Kevin Smith in the next year or so. That’s all just talking about one platform. That’s not taking Disney’s live-action remakes into consideration or the dozens of other reboots, remakes, or relaunches in the works at any given time.

As I sit here dusting off the broken Hard-Wired Goliath action figure from Kenner that’s been in my possession since I ripped it from its Christmas wrapping paper in 1996, I have to ask the question: where’s our damn Gargoyles reboot?

With Disney+ dominating the news cycle the past few months, I took it upon myself to do a series rewatch to see if it actually held up. Was it as good as I remember or was my love for the show just a result of my childhood innocence? Was I irrationally nostalgic for the show because my parents bought me that entire Kenner toyline or was it actually a worthwhile show? I turned on the first episode and suddenly, I was hooked again. Slowly, one rewatch morphed into another.

I’m glad to say there’s no doubt the show and its premise still holds up well, some twenty years later. The thing is, despite being one of Disney’s afternoon shows, it’s incredibly dark and deals with adult themes throughout; at some times, it even errs on the side of adult-oriented programming.

For its time, Gargoyles was an incredibly well-constructed show; in fact, it’s probably two decades ahead of its time. Sure you’d have some technical issues and aspect ratios to get around but as it was written and performed in 1994, you could pluck it out of the 90s and throw it onto the air in 2019 and nobody would bat an eye.

Tone aside, those behind the show crafted an intricate world that grew quicker than a weed. They built an entire mythos from the ground up and it stuck…and it still sticks. At the time, and perhaps even yet today, serialized storytelling in animation is a risky move — sometimes back then you just wanted to click on the TV, eat a Lunchable, and not have to care about plot or storytelling. Less substance and more Capri Sun, right?

To be frank, that’s probably what caused its downfall after the third season, but that’s exactly why it’d thrive today. In a world where platforms are quick to pull the plug on shows after two seasons, Gargoyles would provide an intricate world that requires investment. Series and films franchises that provide entire worlds are easier to invest in; they’re certainly a lot easier to care about and follow week after week, or film after film.

Would you like to see a new Gargoyles series or movie? Share your thoughts in the comments or by tweeting me at @AdamBarnhardt!

Texas Migrant deaths: Truck driver was pretending to be survivor when arrested
Andie MacDowell on Learning to Love her Signature Curls
Tom Swift: Cancelled by The CW; No Season Two for Mystery Drama Series
After Taylor Lautner’s Fiancée Joked About Having Had A Crush On Robert Pattinson, The Twilight Alum Shared A Funny Response
Anthropologie’s 4th of July Clearance Sale: Score $200 Dresses for Under $50 & More Deals Starting at $4