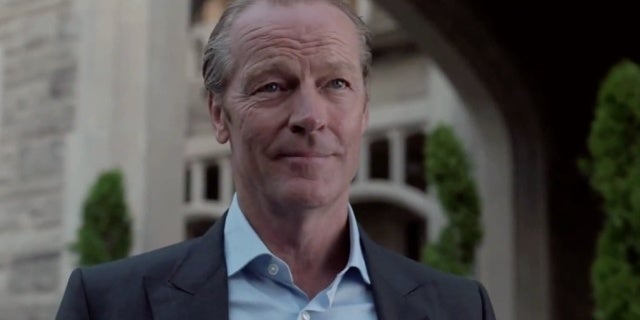 Many fans were stunned to learn about the second season of Titans and how it would include a lot of major superheroes and villains from the DC Comics canon including Superboy, Aqualad, and Deathstroke. But the biggest reveal came in the form of Bruce Wayne, played by Game of Thrones alumni Iain Glen in Season 2. This reveal comes after Batman appeared in a Trigon-induced hallucination in the first season finale, during which Dick Grayson thought he had to murder his mentor in order to stop him from killing every criminal in Gotham City. Needless to say, the former Robin has issues with the guy.

With Bruce Wayne set to play a major role in Titans Season 2, I caught up with showrunner Greg Walker to find out why now is the time to make the Caped Crusader a part of the show.

“Well Bruce was a huge character on our show last year, you just didn’t see him, I mean for the most part,” said Walker. “For Dick, he was omnipresent and it felt like we really needed to dive into Dick’s relationship with Bruce to really understand Dick better. I was really excited as a writer to go into Bruce Wayne. There’s been so much done about Batman but there’s not a ton about about being Bruce Wayne… Bruce is really awesome at being Batman, he’s kind of crappy at being Bruce.”

The focus will continue to focus on the Titans and how they come together over the course of the season, and won’t derail to show Batman fighting crime with a team of sidekicks. Instead, it will show how Dick and Bruce form a new understanding as he finds his footing after leaving the life of Robin behind.

“We wanted to work on Bruce Wayne trying to restore that relationship with Dick in a way get back to an updated version of father and son,” Walker added. “It could never be the Batman and Robin version anymore because Dick has grown past that and rebelled against it, but what could it be if it goes past that? You have to deal with forgiveness and moving on and kind of adult themes, so I was really excited about writing that. Iain, he has so much stature, he is such a gifted actor with his grace and elegance and weight that he can handle the drama of a man struggling to deal with his estranged son better than anybody I could think of.”

The crew is breaking it down in Episode 60 – covering all things casting. We’re diving into the the Mortal Kombat movie reboot, Venom 2, and Suicide Squad. We’ve also got comics of the week and more – all in today’s episode of #ComicBookNation! Make sure to subscribe now to never miss an episode!