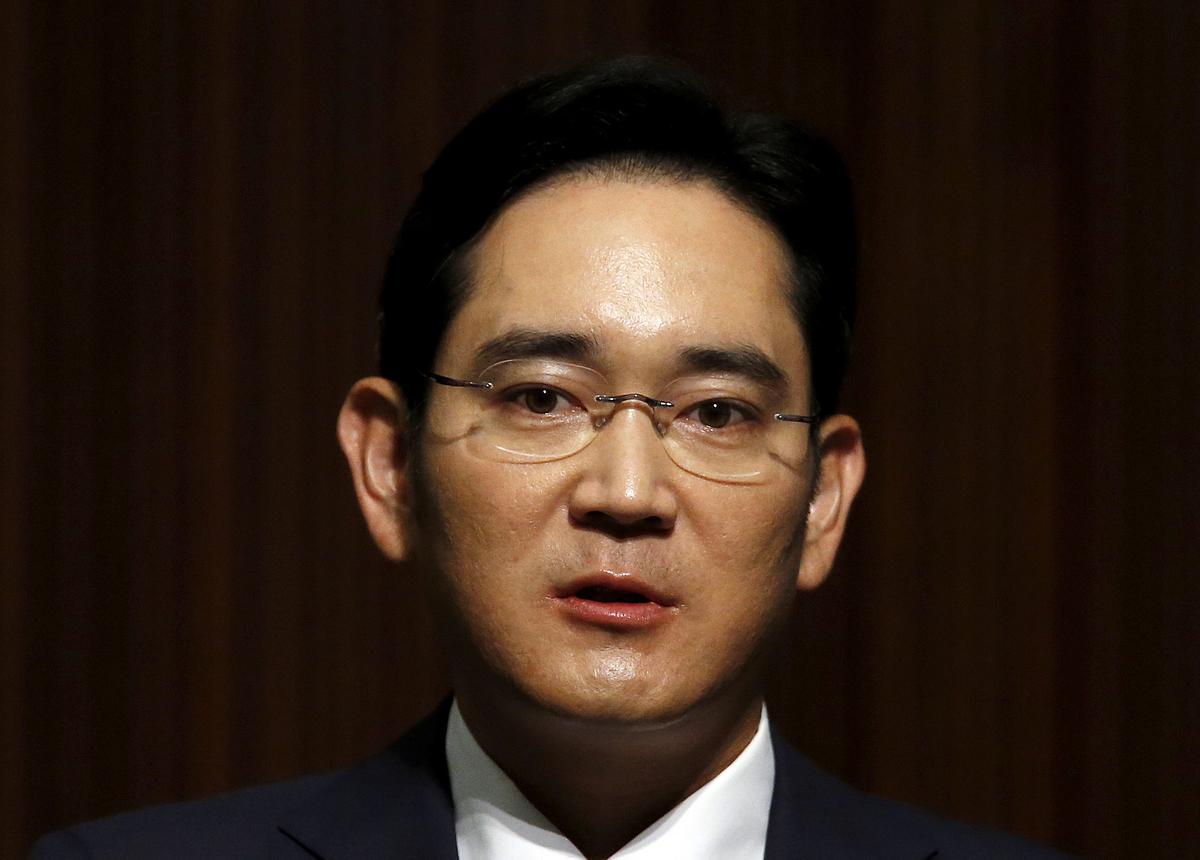 SEOUL (Reuters) – Samsung Group will discover the fate of its de facto leader on Thursday as South Korea’s Supreme Court rules whether to uphold the bribery conviction of Jay Y. Lee, in a scandal that unseated the president and trained public ire on corporate untouchables.

The ruling will also determine how much Lee, 51, can focus on steering the group’s flagship Samsung Electronics Co Ltd through falling profitability and Japanese export curbs on materials crucial for the world’s leading chipmaker.

Lee, vice chairman of Samsung Electronics, was sentenced in 2017 to five years imprisonment for bribing a friend of former President Park Geun-hye as he sought to succeed his father and secure control of Samsung Group.

He was freed after a year in detention when the appellate Seoul High Court halved his sentence and suspended it for four years. Both Lee, who denies wrongdoing, and prosecutors appealed again.

The Supreme Court is also set to rule on appeals court decisions in the cases against Park, who was impeached following the scandal and is serving a 25-year prison sentence, and her friend Choi Soon-sil, jailed for 20 years, both for bribery and other charges.

Lee was the latest in a series of conglomerate bosses to be convicted of corruption but receive a lenient sentence, drawing public calls for reform of big businesses often criticized for overly close relationships with political leaders.

The Supreme Court can uphold Lee’s conviction and suspended sentence, or ask the Seoul High Court to reconsider its judgment. That could lead to the conviction being overturned, or to a tougher sentence, legal experts said.

“Politically, since the current government is still trying to get rid of corruption from the previous administration, the Supreme Court is more likely to send the case back to the appeals court, which could lead to a heavier sentence,” said attorney Choi Jin-nyoung, who is not involved in the case.

The government is led by President Moon Jae-in, a liberal former human rights lawyer elected on an anti-corruption platform after Park’s impeachment and weeks of protests.

The case centers on whether three horses donated by Samsung Group for the training of Choi’s daughter, a competitive equestrian, should be considered bribes aimed at winning Park’s favor.

Court documents showed Park asked Lee to help the daughter, and was convicted on grounds that the horses were bribes worth 3.7 billion won ($3.05 million). However, the horses were not recognized as such in Lee’s trial, helping reduce his sentence.

“The three horses, and whether there were unjust favors, will be central to the Court’s decision,” said lawyer Jun Ji-hyun. “South Koreans are paying attention to the case, given its political and business implications.”

The ruling is scheduled for 2 p.m. (0500 GMT) and will be broadcast live on television. Lee is not required to attend.

The ruling comes at a critical moment for both Samsung and its home country, as Japan’s decision last month to restrict exports of key chipmaking chemicals following a diplomatic dispute threatens to disrupt production of memory chips, South Korea’s biggest export item.

Lee has since been on a high-profile mission to tackle what he told his lieutenants was a “crisis”.

Samsung, the world’s biggest maker of memory chips and smartphones, is also facing falling profitability as prices of chips and display panels slide. It reported a 56% drop in June-quarter profit and said Japan’s curbs blurred its outlook.

Albanians ‘should be barred’ from claiming UK asylum, minister says
1st Base Runner Is the New ‘Night Stalker’ With 5th EP in Two Years [Video]
HSBC to close over a quarter of its branches – is yours affected?
I lived through China’s COVID lockdowns for the best part of three years – it’s a miserable existence
NGHTMRE’s original food/travel show ‘SAMPLED’ premiering Dec 13