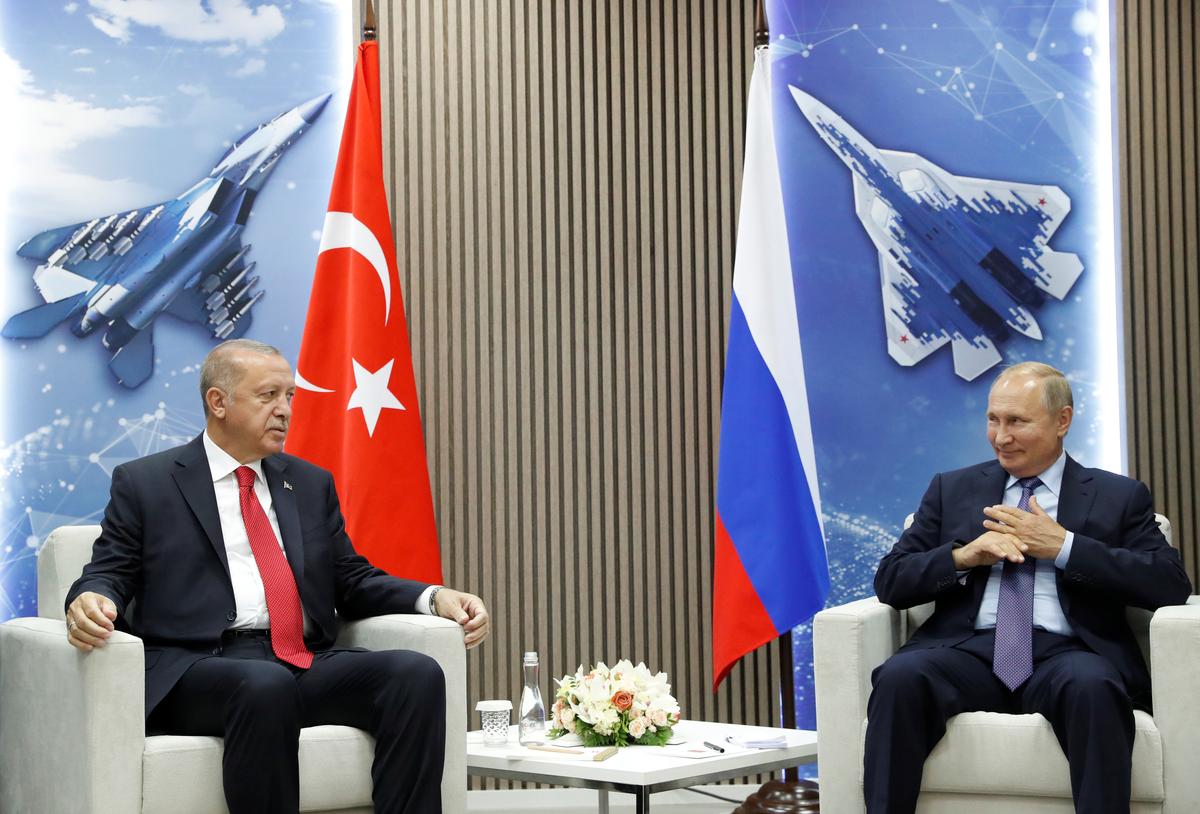 Russian President Vladimir Putin and Turkish President Recep Tayyip Erdogan speak during their meeting on the sidelines of the MAKS-2019 International Aviation and Space Salon in Zhukovsky outside Moscow, Russia, August 27, 2019. Maxim Shipenkov/Pool via REUTERS