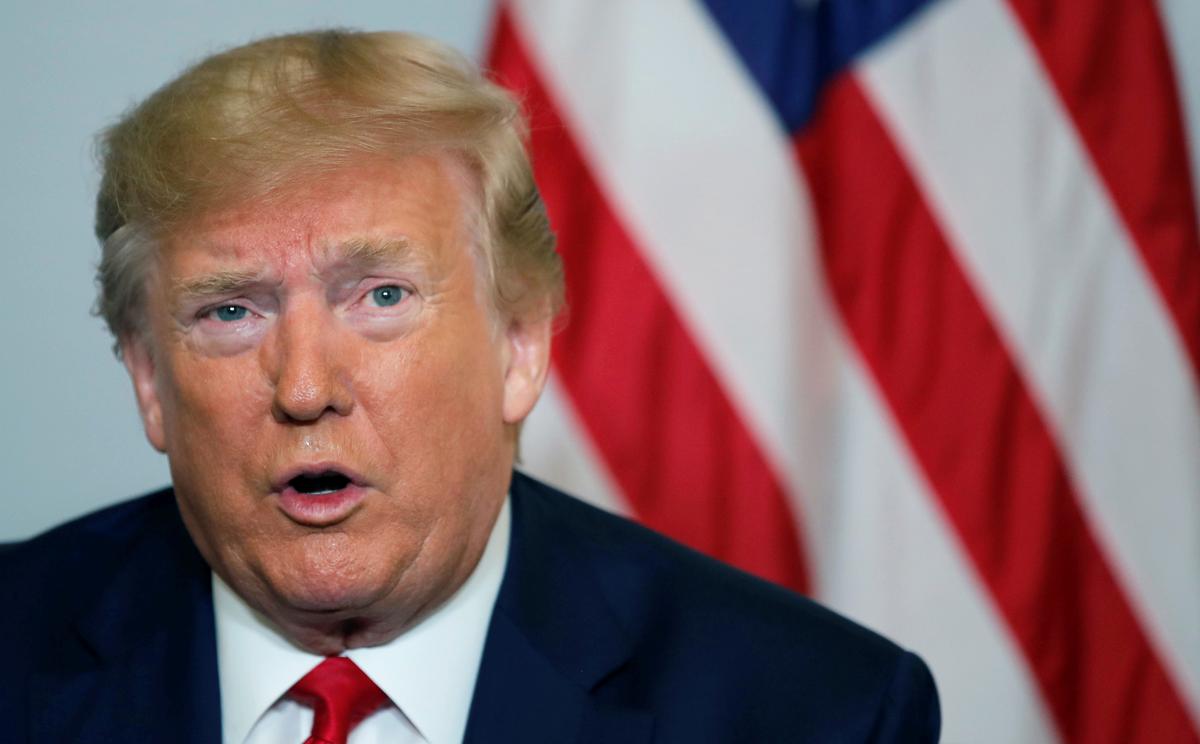 BIARRITZ, France/BEIJING (Reuters) – The United States and China sought to ease trade war tensions on Monday, with Beijing calling for calm and U.S. President Donald Trump predicting a deal after markets fell in response to new tariffs from both countries.

Trump, speaking on the sidelines of the G7 summit of world leaders in France, said Chinese officials had contacted U.S. trade counterparts overnight and offered to return to the negotiating table.

Vice Premier Liu He, who has been leading the talks with Washington, said on Monday China was willing to resolve the trade dispute through “calm” negotiations and resolutely opposed the escalation of the conflict.

Trump welcomed that language and, days after referring to President Xi Jinping as an enemy, heaped praise on his Chinese counterpart.

In Beijing, Foreign Ministry spokesman Geng Shuang said he had not heard that a phone call between the two sides had taken place. However, China’s Commerce Ministry typically releases statements on trade calls. It did not respond to a request for comment.

When pressed on whether a call had taken place, Trump emphasized Liu’s comments. U.S. Treasury Secretary Steven Mnuchin said there had been contact between the two sides but declined to say with whom.

Hu Xijin, editor of the state-controlled Global Times newspaper, tweeted: “Based on what I know, Chinese and U.S. top negotiators didn’t hold phone talks in recent days. The two sides have been keeping contact at technical level, it doesn’t have significance that President Trump suggested. China didn’t change its position. China won’t cave to U.S. pressure.”

The increasingly bitter trade war between the world’s two largest economies escalated on Friday, with both sides leveling more tariffs on each other’s exports.

Trump announced an additional duty on some $550 billion of targeted Chinese goods, hours after China unveiled retaliatory tariffs on $75 billion worth of U.S. goods.

On Sunday, the White House said Trump regretted not raising the tariffs even more. But the president also appeared to back off of his threat to order U.S. companies out of China.

Liu, Xi’s top economic adviser, speaking at a conference in southwest China’s Chongqing, said: “We are willing to resolve the issue through consultations and cooperation in a calm attitude and resolutely oppose the escalation of the trade war.

“We believe the escalation of the trade war is not beneficial for China, the United States, nor to the interests of the people of the world.”

The trade war has damaged global growth and raised market fears the world economy will tip into recession.

Asked if he would abandon the tariffs, Trump said: “Anything is possible. I can say we are having very meaningful talks, much more meaningful I would say than any time frankly.”

Trump, who at times predicts a deal will happen and at other times says he is happy with the tariff situation, said talks would start again soon. “I think we are going to have a deal,” he said.

The two sides were due to meet in September in Washington, but it was unclear whether the new tariff tit-for-tat would alter those plans.

The United States accuses China of economic sins including intellectual property theft, currency manipulation and forced technology transfer by U.S. companies to their Chinese partners as a requirement for doing business in China. China denies the U.S. allegations.

Beijing and Washington were close to a deal last spring but U.S. officials said China backed away from an agreed text over a reluctance to change laws to address U.S. complaints.

The trade war has affected businesses all over the world and disrupted supply chains. Trump has urged U.S. companies to move their operations out of China, but it was not clear how or whether his efforts to order such a move would work.

He said on Monday if a deal emerged, U.S. companies should stay in China or leave if it did not.

Liu said: “We welcome enterprises from all over the world, including the United States, to invest and operate in China.

“We will continue to create a good investment environment, protect intellectual property rights, promote the development of smart intelligent industries with our market open, resolutely oppose technological blockades and protectionism, and strive to protect the completeness of the supply chain.”

Mnuchin said Trump could order companies out of China under the International Emergency Economic Powers Act if he declared a national emergency.

German Chancellor Angela Merkel, during a meeting with Trump at the G7, said it was in everyone’s interest for China and the United States to reach a deal. Germany’s economy is heavily dependent on exports.

Chinese state media on Monday hit out at the United States. The official China Daily said Washington would “never be allowed to control China’s fate”.