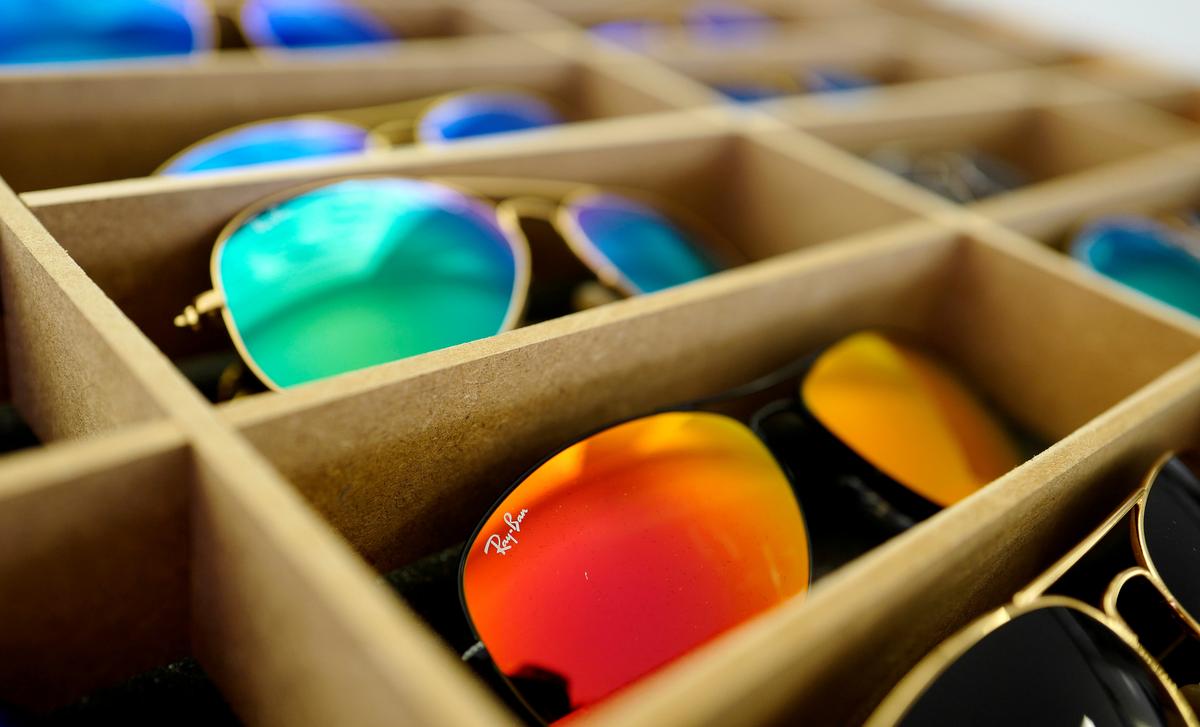 (Reuters) – Third Point LLC, the U.S. hedge fund that has pushed for changes at companies ranging from Nestle SA (NESN.S) to Campbell Soup Co (CPB.N), has amassed a stake in Ray-Ban maker EssilorLuxottica SA (ESLX.PA), people familiar with the matter said on Sunday.

FILE PHOTO: Sunglasses from Ray-Ban are on display at an optician shop in Hanau, Germany, March 18, 2016. REUTERS/Kai Pfaffenbach/File Photo

Third Point, run by billionaire investor Daniel Loeb, is targeting EssilorLuxottica amid a power struggle inside the world’s largest lenses and glasses manufacturer, following its formation last year through a 48 billion euro ($53 billion) merger of France’s Essilor and Italy’s Luxottica.

Billed as a merger of equals, it degenerated into a battle over control between Luxottica’s founder Leonardo Del Vecchio and Essilor’s chief Hubert Sagnieres. The two sides announced a truce in May, but the company still faces uncertainty as it searches for a CEO that can deliver on the merger’s promised annual savings of 600 million euros.

Third Point has met with Del Vecchio, who is now EssilorLuxottica’s executive chairman and owns about a third of the company, according to two of the sources. Details of the meeting and on Third Point’s exact stake could not be learned.

Third Point has a track record of calling on operational improvements at companies where their stock could be buoyed by a different strategy, although is not clear what stance the New York-based hedge fund will adopt on how EssilorLuxottica should be run. Third Point is still in the process of buying EssilorLuxottica shares, one of the sources said.

The Essilor and Luxottica camps were supposed to have equal weighting in the combined company’s leadership under an agreement which expires in 2021.

Tensions surfaced last November, when Del Vecchio appeared to tap his right-hand man and Luxottica Chief Executive Francesco Milleri as the next CEO.

The dispute came to a head in March, when Del Vecchio’s Delfin said it would seek arbitration in the International Chamber of Commerce, prompting Essilor to ask a Paris court to nominate an outside mediator.

Investors, including Baillie Gifford, Comgest, Edmond de Rothschild Asset Management, Fidelity International, Guardcap, and Phitrust et Sycomore Asset Management, argued that the corporate integration was being undermined by a “major crisis of governance.” Their effort to install independent directors on EssilorLuxottica’s board failed in a shareholder vote.

In May, the two sides agreed to end their legal feud. Del Vecchio and Sagnieres made Milleri and Laurent Vacherot, EssilorLuxottica’s current CEO, jointly responsible for overseeing the integration process and define strategy.

They set a deadline of finding a new CEO by the end of 2020. Milleri and Vacherot agreed not to put forward themselves for the job.

In a sign that the two camps have put some of their differences aside, EssilorLuxottica said last month it would acquire Dutch opticians group GrandVision NV (GVNV.AS) for up to 7.2 billion euros in cash.

GrandVision, whose chains include Vision Express in Britain and For Eyes in the United States, would give EssilorLuxottica control of more than 7,000 outlets across the world where it already sells brands including Varilux lenses and Ray-Ban sunglasses. Other EssilorLuxottica brands include Oakley, Persol and Oliver Peoples.

The deal is likely to face intense scrutiny by competition regulators. The European Union only approved the merger of Essilor and Luxottica after a long study.

Third Point, which has $15 billion in assets under management, has spent this year taking on some of the world’s largest conglomerates, and has told investors that it plans to make more activist investments where it feels it has an edge.

FILE PHOTO: Sunglasses from Ray-Ban are on display at a optician shop in Hanau near Frankfurt, Germany, March 18, 2016. REUTERS/Kai Pfaffenbach/File Photo

In June, it called on Sony Corp (6758.T) to spin off its semiconductor business and sell off stakes in Sony Financial and other units, in order to position itself as a leading global entertainment company.

In the first half of 2019, Third Point’s flagship fund earned a 13.1% return, fueled by gains at many of its activist positions ranging from Nestle to Sony.

Reporting by Svea Herbst-Bayliss in Boston and Claudia Cristoferi in Milan; Additional reporting by Matthias Blamont in Paris and Pamela Barbaglia in London; Editing by Lisa Shumaker