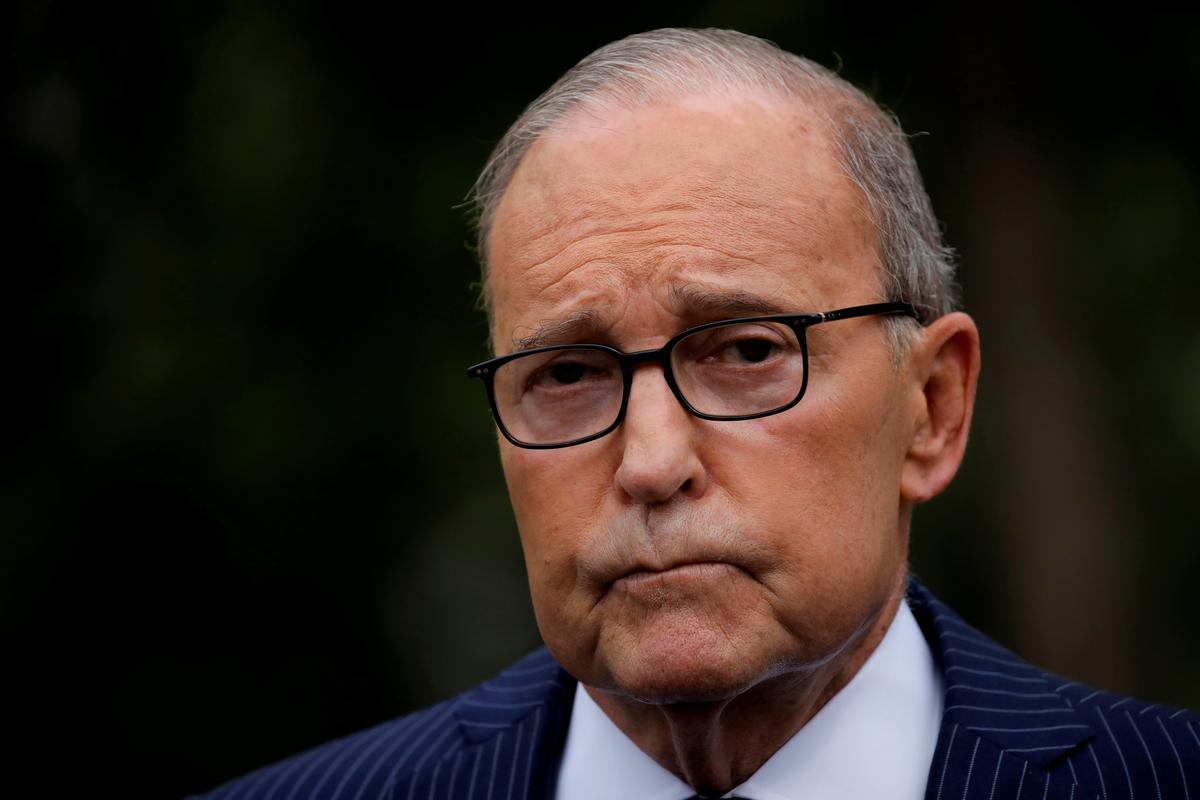 WASHINGTON (Reuters) – The Trump administration is studying tax cuts to buttress long-term U.S. economic growth that could be rolled out during the 2020 election campaign but is not looking at action to counter any perceived economic weakness now, the White House economic adviser said on Thursday.

“We have for a while been looking at … additional tax relief incentives for the middle class, for blue-collar workers, small businesses and so forth – additional relief on top of the bill that passed in late 2017,” he added. “We’re not unfolding that bill anytime soon. My guess is it’s likely to appear during the campaign.”

Kudlow’s remarks came as he tried to clear up confusion over the administration’s tax policies, fueled in part by President Donald Trump’s comments on taxes over the past few days.

The Washington Post reported earlier this week that several senior White House officials had begun discussing a temporary cut to the payroll tax used to fund income and health payments for retirees. It said they also were studying other measures that could be rolled out in the event the economy faltered.

The White House initially denied the tax cuts were being considered, but Trump said on Tuesday payroll taxes were being studied. Trump also said he was seriously considering indexing capital gains taxes to the inflation rate. On Wednesday, he said he was not studying that.

Kudlow told reporters on Thursday the administration had long been considering additional tax moves as a follow-on to the tax cuts approved in 2017.

He said it was not likely to do anything short-term or temporary like a payroll tax cut because officials believe the economy is strong and recession talk is overblown.

Instead, he said, the administration was considering adjusting marginal tax rates for the middle class, shrinking tax brackets and changing capital gains taxes.

“We’re working with the tax leaders on Capitol Hill in both houses, and that is our tax program,” he said.

Kudlow said White House officials expected a strong session on the economy and trade at the upcoming G7 summit in France.

“If our friends would adopt some of the pro-growth policies that we have adopted, their growth would improve markedly and so would their currencies, and so we might have a more balanced currency picture in that event,” Kudlow said.