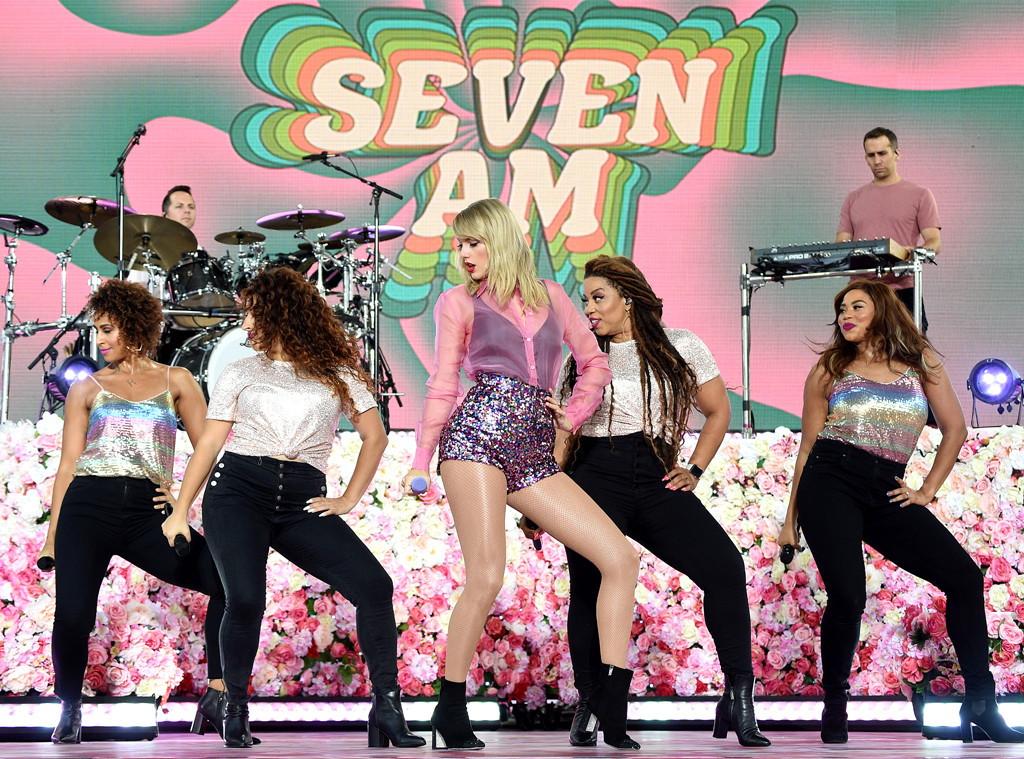 There’s no calming down because Taylor Swift just took over Central Park.

A day ahead of the release of her highly anticipated seventh studio album, Lover, the 29-year-old took the stage in the Big Apple for a Capital One-sponsored concert in front of an expectedly enthusiastic crowd. Ahead of her performance, Swift sat down with Good Morning America‘s Robin Roberts to chat about her new work.

“One thing about this album that’s really special to me is that it’s the first one that I will own of my work,” she said, an obvious nod to the headline-making controversy involving Scooter Braun over the ownership of her masters. “Which is a concept that they’re very supportive of,” she said of her vocal fans cheering and applauding.

On that note, she also confirmed she will be re-recording her first five albums next year. “It’s something that I’m very excited about doing because my contract says that starting November 2020, so next year, I can record albums one through five all over again, so I’m very excited about it,” she told Roberts. “I just think that artists deserve to own their work. I just feel very passionately about that.”

Needless to say, 2020 will be a busy year. But, before the star hits the studio again, she has plenty to do for the release of Lover, including dropping the music video tonight. To top things off, she’s going into the MTV Video Music Awards next week as one of the most nominated artists with 12 nods—and, Swift newly announced, this year’s opening act.

“I think that artists deserve to own their work. I just feel very passionately about that.”@TaylorSwift13 #Lover#TaylorSwiftOnGMAhttps://t.co/W1vUNMab63 pic.twitter.com/bJUB3Em5OL

But, first, it was time to perform for a packed crowd of her fans in New York City from a colorful, flower-filled stage. The set list included her newest tracks, “You Need to Calm Down” and “ME!” and was topped off with her classic hit, “Shake It Off.”

“I love you guys so much,” she told her devoted fans. “Thanks for coming to Central Park. You guys are amazing.”

Our Favourite July Birthstone Jewellery
Carrie Johnson questioned ‘how Pincher had ever ended up in the whips’ office’ five years ago
Boris Johnson ‘forgot’ about investigation into disgraced MP
Hugh Jackman Has Seen Elvis, And He Has Thoughts On Austin Butler, Tom Hanks, And More
Ricky Martin Denies Allegations After Domestic Abuse Restraining Order Filed