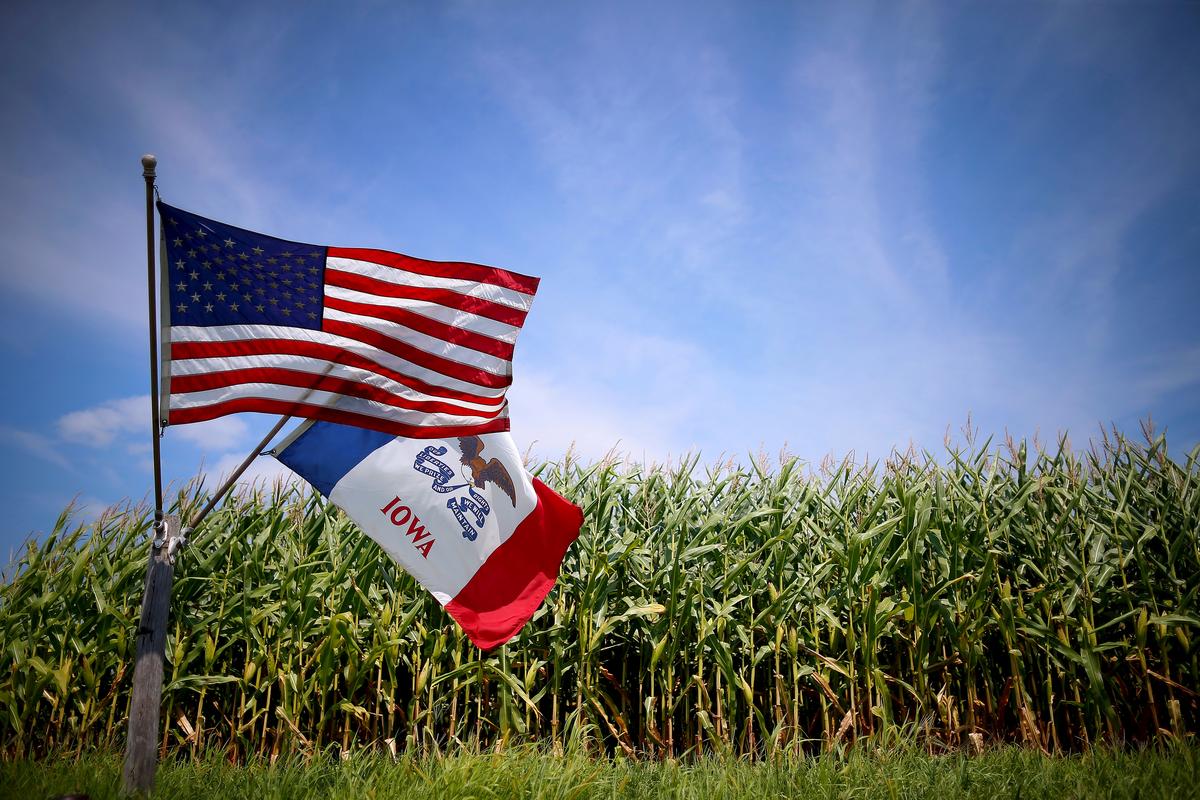 NEW YORK/WASHINGTON (Reuters) – President Donald Trump’s administration has been scrambling to stem the tide of rising anger in Farm Belt states after its decision this month to allow numerous oil refiners to mix less ethanol into their gasoline, sources told Reuters on Tuesday.

Trump held a two-hour meeting on Monday with members of his Cabinet after hearing blowback from farmers after the decision to grant exemptions from the nation’s biofuel laws to 31 refineries, two sources familiar with the discussions said. Trump’s re-election campaign team also took notice of Democratic presidential candidates seizing on the unrest, the sources said.

Iowa, the nation’s largest producer of corn and ethanol, is a swing state won by Democrat Barack Obama in consecutive elections before Trump rode to victory in 2016 in part by promising to support ethanol.

It was unclear what actions Trump would be able to take to appease angry farmers. Reversing the 2018 waivers was floated as an option but quickly knocked down, the sources said, but the administration was trying to find other ways to boost ethanol demand.

Refiners are required to blend biofuels into the nation’s gasoline pool or buy credits to fund those refiners who can. News of the meeting sent the compliance credits soaring by 50% on Tuesday before pairing gains.

Corn farmers and ethanol producers lobbied to cut dramatically the number of exemptions from these rules, which have hit a record under the Trump administration.

Farmers bearing the brunt of Trump’s trade war with China say his support of the hardship waivers has destroyed ethanol demand.

“For the first time in my life I’ll vote for a Democrat, for Joe Biden, because Trump will have lied to us about supporting ethanol,” Mark Marquis, CEO of Illinois ethanol producer Marquis Energy, said in an interview on Tuesday. “I feel misled and lied to, quite frankly.”

Refiners, especially smaller companies, have argued the biofuel laws are costly and burdensome. Trump’s expansion of the waiver program has saved the oil industry billions of dollars in compliance costs. On Tuesday, the U.S. Environmental Protection Agency said in a statement there was “zero evidence” the refinery waivers have hurt demand for ethanol, which biofuel producers dispute.

The nation’s largest ethanol producer, POET, announced on Tuesday it was cutting production at its plants and blamed the hardship waivers for the move.

“POET made strategic decisions to support President Trump’s goal of boosting the farm economy,” POET President and COO Jeff Lautt said. “However, these goals are contradicted by bailouts to oil companies.”

Monday’s meeting included representatives from the U.S. Departments of Energy and Agriculture, as well as the EPA, the sources said. The White House declined to comment.

One option advocated by the biofuel industry is to raise the annual amount of ethanol required to be blended into the nation’s fuel pool, or to add back the waived volume onto the annual consumption mandate that the EPA had proposed to set at 15 billion gallons for 2020. No proposals were agreed upon.

“Not only is the government not keeping its word, but it’s also screwing the farmer when we have low prices for (corn),” said Iowa Senator Chuck Grassley, a Republican, on a weekly conference call to discuss agricultural issues.

The EPA granted the exemptions just as Democratic candidates hoping to challenge Trump in 2020 visited the Iowa State Fair, where they sought to position themselves as fighters for ethanol.

Kelly Nieuwenhuis, a third-generation corn and soybean farmer from O’Brien County, Iowa, said he voted for Trump in 2016 but his support for the president is waning.

Trump delivered on a change long-sought by the biofuel community to lift a summer ban on higher ethanol blends of gasoline, but farmers and ethanol producers say the refining exemptions have negated any benefits from that move.

Reporting by Jarrett Renshaw in New York and Humeyra Pamuk in Washington; Additional reporting by Stephanie Kelly and Chris Prentice in New York; Editing by Dan Grebler and Matthew Lewis

Ahead Of His Zeus Debut In Thor: Love And Thunder, Russell Crowe Is Joining A Supernatural Thriller
The 50 Best Book Covers of 2021, As Chosen By Graphic Designers
Kayzo’s ‘NEW BREED’ album meant to “blur the lines” of what we know as dance music and rock
Married to Medicine Star Dr. Jackie Walters Launched a Sunscreen That Seamlessly Blends into Skin
Your EDM Q&A: Does Canadian Techno Artist The GOAT Live Up to His Name With His New Album? [Video]