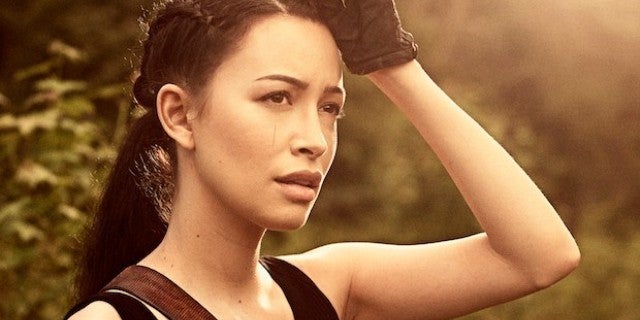 Christian Serratos, best known to fans of The Walking Dead as the actress who plays Rosita Espinosa, is reportedly in talks to play the lead in a Netflix miniseries based on the life of Selena Quintanilla, a Tejano music star whose life was the basis for the 1997 movie Selena starring Jennifer Lopez. According to The Hollywood Reporter, the sticking point is Serratos’s schedule, since she has to accommodate The Walking Dead. Netflix is apparently hoping to begin production Selena, with a scheduled two-season run, in Mexico sometime in the next month. Serratos could plausibly shoot out early if The Walking Dead producers are amenable, since the series is an ensemble cast and doesn’t always require her to be onscreen.

That’s one side of the coin. The other side is that The Walking Dead will likely be in production for another three months or more, and it might come down to a choice of remaining on the series she joined six years ago or taking a new opportunity that could be a different kind of boon to her career. Without knowing the nature or scope of her role in the upcoming season it is difficult to know how easily she could be written out; it is possible that the reason she is pursuing other options is that Rosita is already dead or gone in the upcoming season.

On The Walking Dead, which has a ton of character turnover, it has become accepted wisdom that when an actor takes a pilot or another high profile job, it probably means their character will be killed off. While producers always protest, the rule almost always holds true. With the recent departure of franchise lead Andrew Lincoln and the upcoming loss of Danai Gurira, it is possible producers will work to hang on to actors who have been with the show long-term.

Per what sounds like an official synopsis at THR, Selena: The Series is “a coming-of-age story that focuses on the singer, songwriter, model, actress and fashion designer who became one of the most beloved Mexican-American entertainers. After launching her music career in 1980, Selena was dubbed the ‘Tejano Madonna,’ and would go on to win a Grammy in 1994 for best Mexican/American album, becoming the first female Tejano artist to do so. She ranks as the best-selling female artist in Latin music history, with more than 65 million albums sold worldwide.” The story has a tragic ending, as the real Selena was murdered in 1995 by a friend she apparently caught embezzling from her.

The Walking Dead Season 9 Blu-ray is available to own Tuesday, August 20. The Walking Deadreturns to AMC with its Season 10 premiere Sunday, October 6.

The crew is breaking it down for Episode 57 and we’ve got news headed into the weekend. We’re talking the new G.I. Joe Snake Eyes movie, a potential major Powers of X twist, and Robocop reboot updates. We’ve got all that and we’re bringing back the Rant & Rave section – all in today’s episode of #ComicBookNation! Make sure to subscribe now to never miss an episode!