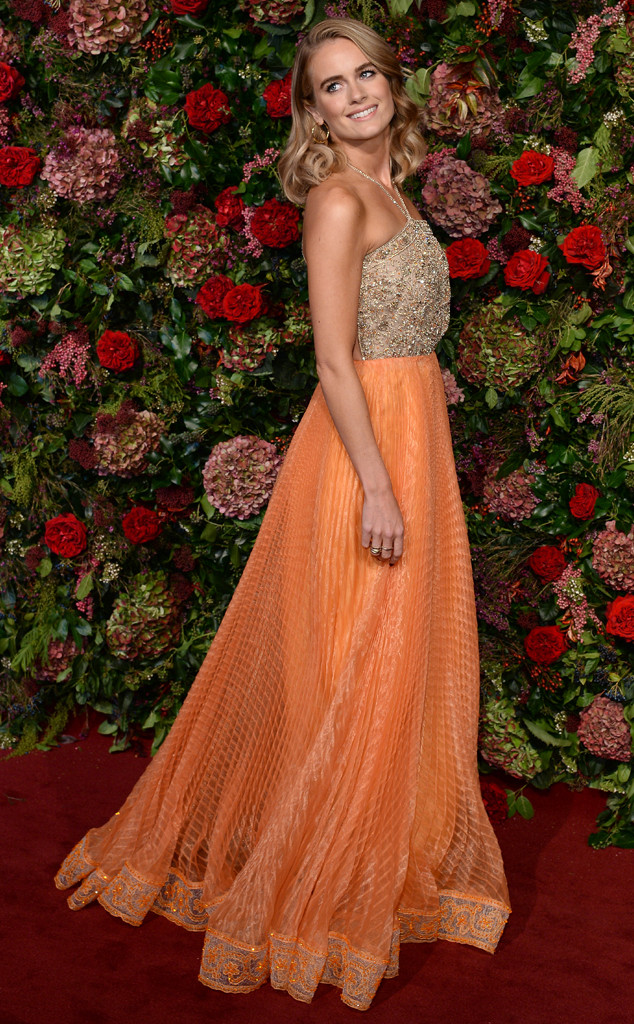 Cressida Bonas has found her happily ever after with Harry. Except not the one you’re thinking.

Prince Harry‘s ex girlfriend is engaged to Harry Wentworth-Stanley, Bonas’ love announced on Instagram Sunday night. ”We getting married,” Wentworth-Stanley captioned a selfie of the duo, which showed off the Nantucket scenery and her giant, circular diamond bling.

Naturally, the celebratory comments immediately began pouring in, including one from Kate Middleton‘s brother. “So wonderful,” James Middleton wrote alongside a string of red heart emojis.

The British couple reignited their romance following Bonas’ split from the redheaded royal. (Refresher: She and Prince Harry were introduced by Princess Eugenie and dated for two years before amicably calling it quits in 2014.)

And while socialite Bonas pursues a career in acting, Wentworth-Stanley is an estate agent. He’s also the son of Clare Mountbatten, Marchioness of Milford Haven, which, in other words, means this Earl comes from high society. (Oh, and his stepdad is Queen Elizabeth II‘s cousin.)

Despite their breakup, Bonas has remained on good terms with Harry, of royal blood. So much so that she attended his May 2018 vows to Meghan Markle.

Of course, being a guest at the world’s most anticipated wedding comes with its nerve-wracking moments. For Bonas, it was the dress code that made her apprehensive.

“Why do I find hats to tricky? Tricky to wear, tricky to look at, and extremely tricky for the poor soul sitting in the pew behind,” she wrote in a diary post for Spectator. ”Most of the time I avoid headgear. This can prompt disapproving looks from the older generations. Last weekend I attended the royal wedding. The invitation clearly stated that guests must wear hats. Yikes…I opted for a minimal feathered number—and I can only hope I got it right.”

We certainly know when her “I dos” come around, she’ll nail the looks.

Congratulations to the happy couple!