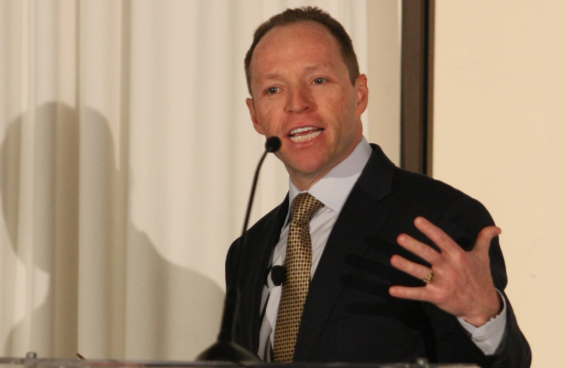 Are you old enough to have played your music on vinyl records? For many readers, the answer is “no” … if not “hunnnh?”  If you were born after 1982, you came into a world where music on vinyl had mostly disappeared. Compact discs (CD’s) for music storage were becoming an established norm, no longer a new idea. By 2018, however, CD sales showed more than a 40% decline from 2017, as music was becoming digital.

Of course, you’ll remember that by 2009, Apple’s iTunes Music Store had changed the world.  iTunes had an overwhelming market share for music, which now was a digitalproduct. No longer were we purchasing tangible objects from which to play the songs we wanted to hear: we were buying files.

Now consider how quickly we went from today’s increasingly streaming world where you don’t buy music files, you just enjoy the music!  This example – just one slice from the world of entertainment — is among the countless ways that our lives are all being transformed in an ever more digital world.

Which brings me to an interesting man I know: John McDonnell.  He’s a global exec in one of the most ancient businesses on earth: beverage alcohol. And yet he has proven himself to be a state-of-the-art thinker in helping the spirits industry transition more fully into the Information Age … sharing his insights with others as an industry leader and motivational speaker.

Respected in his field for decades, John is currently Managing Director International, Tito’s Handmade Vodka. The guy travels to and works in over 150 countries, but I was able to catch up with him when he returned home to Massachusetts as a featured speaker at a conference known as eTail Boston.

Retail has been going “eTail” for years now as so-called “eCommerce” represents the new way we make so many purchases of our lives … using an electronic medium, like your phone or computer, without a single paper document.

John had been asked to present his recommendations to eTailers in Boston, following up on a similar presentation he gave at eTail Europe in London in June.  Born in 1999, the eTail conference series describes itself as “where the top minds in retail meet, collaborate and learn about what’s disrupting the industry today and what’ll change tomorrow.”

John’s London presentation was called “amazing” and “enlightening.”  Now he’d been asked to provide the same value to audiences in America.I wanted to learn more ….

John, what was your main message to retailers doing business as eTailers these days?

I encouraged them to think more creatively and proactively about doing business in an increasingly digital world.  Consider this: in 2018, the number of people using the Internet passed 4 billion. That’s nearly half of the earth’s population! There are important implications in a major shift like that.

Well for one thing – as famous author and futurist, John Naisbitt, noted in his book Megatrends back in 1980 – in an ever more “High Tech” world, we human beings are hungry for more “High Touch” experiences. Marketers these days will find themselves more successful if they can make a personal or emotional connection with their customers.

Leaders in many industries are putting this thinking into action.  Capitol One is an example in the banking industry.  Two thirds of Americans these days do their banking online via computer or mobile phone.  That means less chance for Capitol One bankers to develop a personal connection with their customers … which could be important for selling products like mortgages and personal loans.

How has Capitol One responded? They’ve been opened cafés around the country affiliated with their branches. They offer free Wi-Fi, coffee and food … and complementary money coaching. That’s a “High Touch” alternative to anonymous “High Tech” banking online.

Other industries are exploring this, too. Crate and Barrel, for example, is testing the idea of full-service restaurants … where the tables, chairs and plates the diners experience can be purchased on the spot.

Those are creative ideas!

They’re born of necessity, actually.  Digital is the future.  The younger the consumers, the more they use Smartphones.  It’s been reported that among the so-called “Generation Z” – consumers born in the late 1990’s and early 2000’s – virtually all of them (98%) own a smartphone which they actively use more than four hours a day.

Approaches that may still work for older generations won’t be as successful with younger ones.  When I was at Patrón Spirits marketing tequila, we had great success with tastings in Duty Free shops at airports.  Younger consumers, though, are less likely actually to step foot in those shops.

That means retailers – now “etailers” – need to get more creative about reaching these folks on line … with special offers and greater convenience. Like the ability to order Duty Free products right from your phone – using data from the airlines to verify your travel schedule with information on where to deliver your purchase.

I understand you offered thoughts on other ways to evolve with younger generations – right? Like social responsibility?

It’s true that younger generations have evolving priorities.  They care a lot about convenience, which is why arranging delivery via mobile phones is becoming so popular.  But social responsibility is another illustration of change; it’s an increasing concern of rising generations. And they’re making themselves known.

In June of this year, hundreds of staff from Wayfair – the U.S. online retailer –staged a walkout after discovering that their company had sold $200,000 worth of bedroom furniture to a contractor that runs migrant detention centers on the US-Mexico border.

Employees at other big companies, like Google and Whole Foods, are also revolting against their bosses. Many staffers oppose doing business with government agencies that enforce the Trump administration’s immigration policies.

The connection between our brand and rescuing dogs who would otherwise be killed is example of an emotional “High Touch” story being shared digitallyvia “High Tech” media.  It’s social responsibility that connects with consumers, especially younger ones.

I heard that you offered guidance on another way to appeal to younger generations – right?  Sustainability?

Yes!  Sustainability is of increasing concern for younger people – especially as more consumers come to believe that “climate change” or “global warming” is a real thing, with consequences future generations will have to confront.

Younger people want business to take that issue seriously, too.  I’m proud that at Tito’s we do our part in a number of ways.

Digital Convenience … Corporate Social Responsibility … Sustainability –– I can see why your audiences in London, and recently in Boston, found such value in your talks.

Well, I do enjoy public speaking. And whether it’s for a business forum like the eTail meetings … a corporate audience, like a pharmaceutical sales force … or an academic audience, like a commencement speech – I’ll always do my utmost to make the audience feel glad that we shared some time together.

That’s great, John. I have a feeling you’ll be giving a lot more speeches as the years continue!

The official website for John McDonnell may be found at https://www.McDonnellSpeaks.com