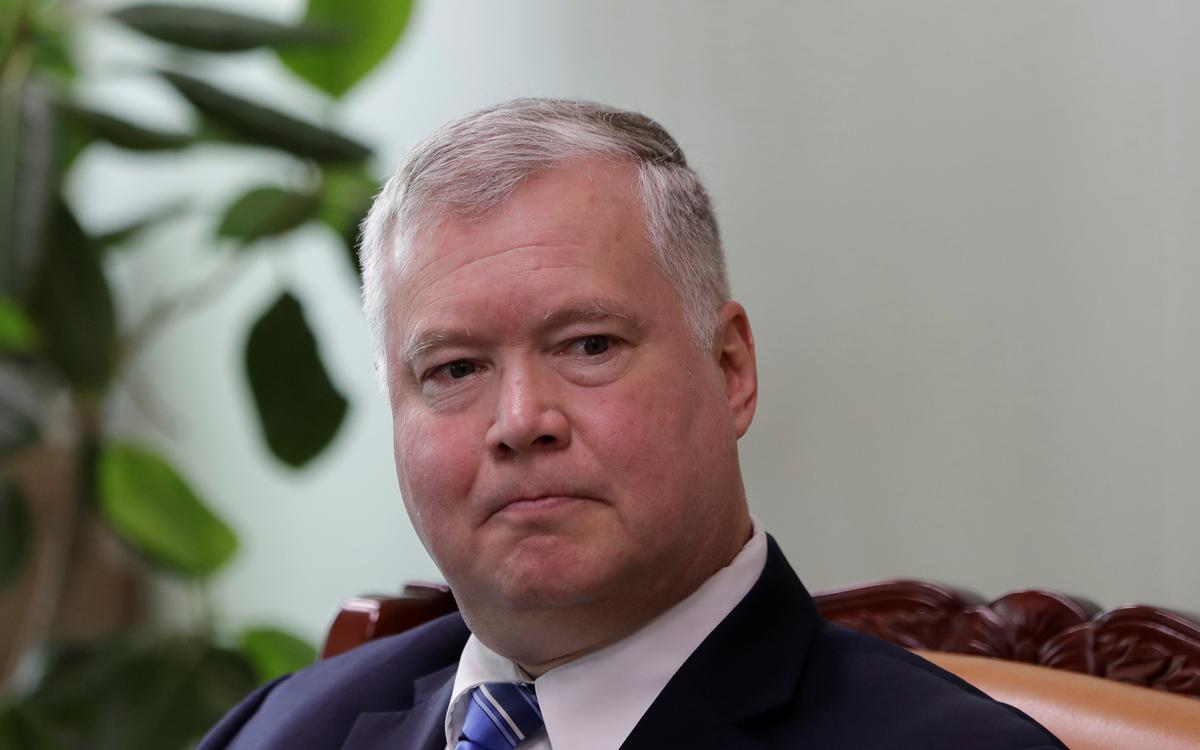 WASHINGTON (Reuters) – The U.S. special envoy for North Korea will travel to Japan and South Korea next week to coordinate efforts to secure the denuclearization of North Korea, the State Department said on Friday.

Stephen Biegun will be in Japan from Monday to Tuesday and in Seoul from Tuesday to Thursday, a State Department statement said.

News of Biegun’s trip came after U.S. President Donald Trump said last Saturday that North Korean leader Kim Jong Un had told him he was ready to resume stalled denuclearization talks with the United States and would stop recent missile testing as soon as U.S.-South Korea military exercises that have been held this month end.

The State Department statement made no mention of any talks with North Korea. When asked if any were planned during Biegun’s trip, a spokeswoman said the department had no additional meetings to announce.

The statement said the purpose of the trip was “to further strengthen coordination on the final, fully verified denuclearization” of North Korea.

U.S. Secretary of State Mike Pompeo said on Aug. 7 he was hopeful that working-level talks, which Biegun has led, would resume with North Korea in coming weeks and that the U.S. side was planning for negotiations in a couple of weeks.

Trump and Kim have met three times since last year to discuss ways to resolve a crisis over North Korea’s nuclear and missile programs, but progress has been scant on Washington’s aim of getting the North Korea leader to give up the weapons.

The two last met on June 30 in the demilitarized zone between the Koreas and agreed to revive working-level talks stalled since their failed second summit held in February in Vietnam. But the talks have yet to resume and North Korea has since staged repeated short-range missile tests that raised doubts about whether they would.

Trump, who has been eager to show success on the North Korean issue ahead of his 2020 re-election bid, has played down the launches and noted that Kim has stuck to his pledge not to resume tests of intercontinental ballistic missiles and nuclear bombs suspended since 2017.

On Aug. 9, Trump said he had received a “very beautiful letter” from Kim and he said the following day he looked forward to seeing him again “in the not too distant future.”

North Korea has decried the U.S.-South Korean military exercises as rehearsals for war aimed at toppling Kim’s leadership and has said they go against a pledge by Trump to end them.

Previous rounds of talks have failed to narrow differences over U.S. demands for North Korea to give up all its nuclear weapons and Pyongyang’s demands for relief from punishing economic sanctions.