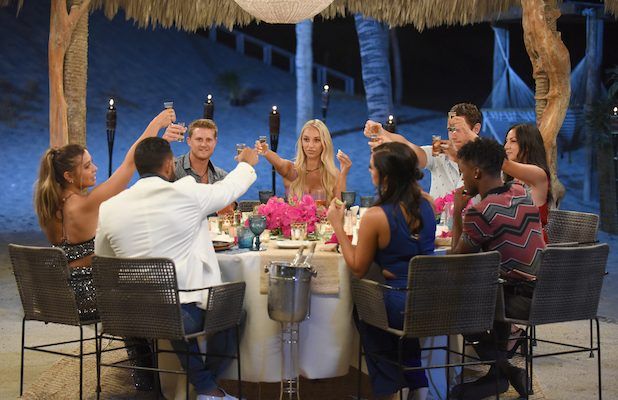 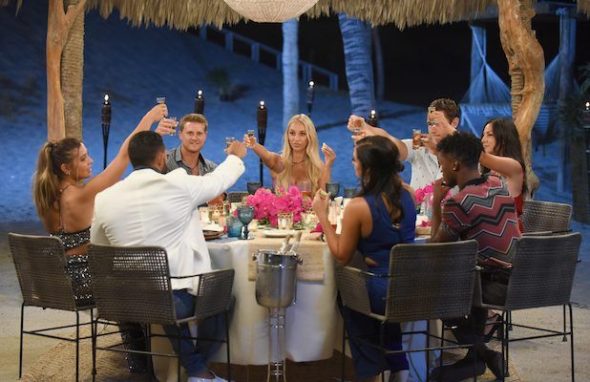 To no surprise, Paradise Hotel won’t be back for a second season on FOX. The network has officially cancelled the low-rated reality series.

A dating competition series, Paradise Hotel follows a bunch of sexy single people to a tropical getaway resort. They’re surrounded by sun and fun but they have to pair up and thrive in a wild competition to stay in the game and hope to win a cash prize. Each week, one contestant must leave the hotel to make room for a new guest. Home viewers get to play along and influence the game via social media. Kristin Cavallari hosts the series.

The first season of Paradise Hotel on FOX launched in May to a disappointing 0.47 rating in the 18-49 demographic with 1.41 million viewers. The numbers dropped even lower for the next couple of episodes and FOX quickly changed its plans for the season.

Paradise Hotel had been scheduled to air Monday, Tuesday, and Thursday nights over many weeks. The network cut the series down to one night a week and wrapped up the show in a total of seven nights. They averaged a 0.40 rating in the 18-49 demographic and 1.26 million viewers.

The dating series is nearly FOX’s lowest-rated shows of the summer (What Just Happened??! with Fred Savage is performing even more poorly) so it’s no surprise that the network has cancelled it.

“I think that Paradise, obviously, we had a good run at that,” Wade told us. “I think when we launched it, it was just before the summer. It didn’t perform as well as we wanted, but we were really proud of the show. But I think realistically, for Paradise, we won’t be bringing it back. And I think, you know, you have to choose your shots. There’s only a certain amount of real estate you have on the network and I think it just felt like, while we loved the show, the point of that show was it was many, many hours.

He continued: “And if you’re gonna do a show that’s many hours either you gotta go — I think it was like 18 hours this time — in success you want to be able to say, let’s do 30. Now if you do 30 hours of something, you have to not do 30 hours of something else. And it just feels like it’s not one of those shows. Like, if it was a 10-hour show or something like that, then I think there would be more consideration. But yeah, it feels like we need to free the schedule and do something a bit different.”

“But again, we love the space and thought it was a really fun show,” he added.

Meanwhile, CBS’ Love Island finishes its run tonight and it’s already been renewed for a second season for Summer 2020. Love Island hasn’t generated much better live+same day ratings but, according to the network, it has done well in streaming, It has attracted young female viewers which has, in the past, been a challenge for CBS.

What do you think? Did you watch the Paradise Hotel TV show on FOX? Would you have watched a second season of this cancelled series?