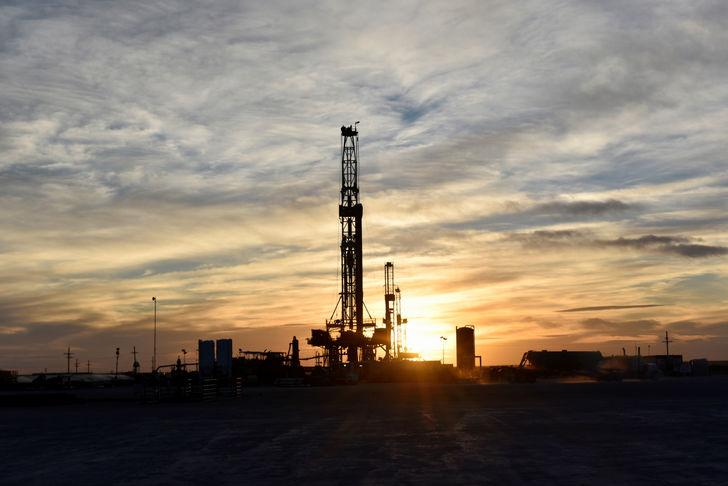 LONDON (Reuters) – Oil prices fell on Wednesday on disappointing economic data from China and Europe and a rise in U.S. crude inventories, partly erasing the previous session’s sharp gains after the United States said it would delay tariffs on some Chinese products.

China reported a raft of unexpectedly weak data for July, including a surprise drop in industrial output growth to a more than 17-year low, underlining widening economic cracks as the trade war with the United States intensifies.

“This morning’s Chinese industrial production came in below expectations confirming our expectation that the late-cycle dent likely becomes deeper before year end,” Norbert Ruecker of Swiss bank Julius Baer said, referring to late-cycle phase in economies that is characterized by slowing growth.

“Oil demand should continue to soften,” he added.

The global slowdown amplified by tariff conflicts and uncertainty over Brexit also shrank European economies. A slump in exports sent Germany’s economy into reverse in the second quarter, data showed.

The euro zone’s GDP also barely grew in the second quarter of 2019.

Benchmark crude prices surged on Tuesday after U.S. President Donald Trump backed off his Sept. 1 deadline for 10% tariffs on some products affecting about half of the $300 billion target list of Chinese goods.

“While Brent crude has recovered back above $60 a barrel, the technical outlook for WTI looks somewhat better after once again managing to find support above $50 a barrel,” said Ole Hansen, Head of Commodity Strategy at Saxo Bank.

“The range-bound behavior, however, looks set to continue with focus on U.S.-China trade talks and continued production restraint from OPEC, led by Saudi Arabia.”

Crude inventories increased by 3.7 million barrels to 443 million, compared with analyst expectations for a decrease of 2.8 million barrels, the API said.

Additional reporting by Aaron Sheldrick in Tokyo and Roslan Khasawneh in Singapore; Editing by Alexandra Hudson