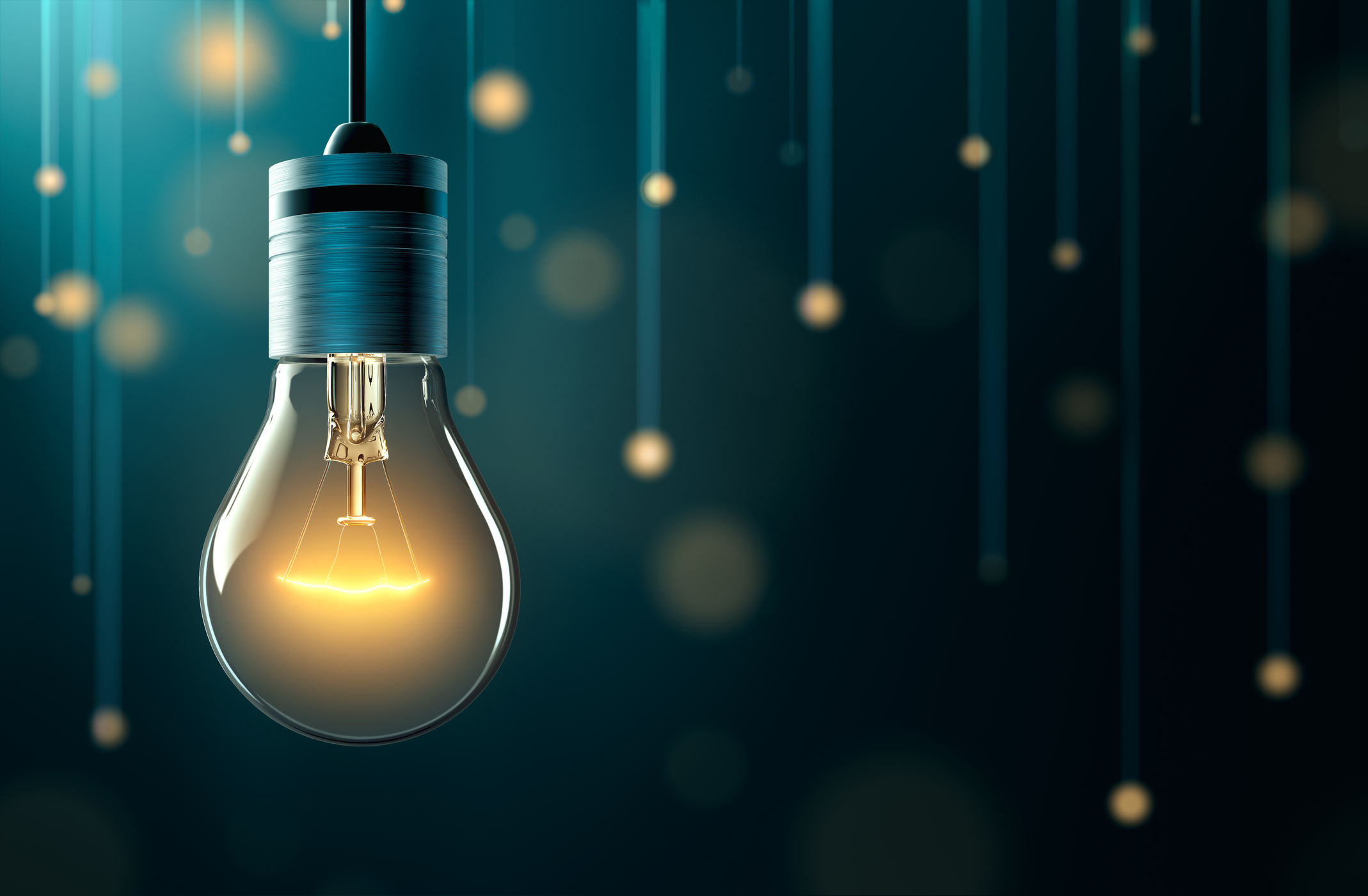 Who among us believes we can come up with new ideas as powerful those? Not I!  So let’s step down from such mighty ideas as fire. Let’s think more humbly.

The French, for example, get credit for their innovative take on bread. The slender baguette was popularized in the 1920’s as a response to new labor laws requiring bread to be made more quickly and easily than traditional round loaves. Thinner and longer baguettes took less time and effort, which is how a famous innovation was born.

Next, a Japanese example. Portable, pre-recorded music the size of an index card had been around since 1954. By the time pre-recorded audiotapes emerged in the late 1960’s, Sony had invented a large hand-held “Walkman” to make music portable. After the company’s co-founder asked for something more travel-friendly to use with headphones, Sony launched its compact music player in 1979. It soon took over the 80’s as “The Walkman.”

Those are impressive illustrations, for sure. But as someone who’s been privileged to be part of less grand improvements in my particular field, I’ve come to appreciate that a valuable innovation doesn’t have to be earth-shattering. The simple fact is that ANY of us can innovate … as long as we bring the right open-minded attitude to our daily lives.

Myself, I’ve been lucky to be in the right place at the right time. That has given me the opportunity to play a supportive role in two innovations I believe in. But my ultimate point is much broader than what these stories illustrate. It’s to share how good it feels to help change things for the better.

I get no “credit” at all for the first innovation, and it’s certainly not a grand one. We’re not talking about inventing the light bulb! Merely changing the world’s perceptions of what a tequila could actually be. Even so, as humble as that is, I can tell you that it’s been satisfying to be a part of creating new perceptions. Here’s how I got the chance ….

In January 2005, I joined The Patrón Spirits Company as Chief Operating Officer. For decades the words that came to mind when someone said “tequila” often included “cheap” … “strong” … “harsh” … “foul.” It was the kind of drink you’d only consume if you could first DISGUISE its taste with sugar, lime, salt or whatever else could get you through it.

Talk to someone back then about trying Patrón Tequila for the first time in their lives, and often you’d hear stories about some nightmarish experience of doing shots with a different tequila — a poor quality tequila … one that led the consumer to kneel down before what Americans sometimes call the “porcelain goddess,” awaiting the drinker in the bathroom.

But the truth is, Patrón was (and still is) different. Unlike other tequilas, it began with only the finest agave plants in Jalisco State’s highlands. Inferior, cheaper ingredients were simply not acceptable. What’s more, its production never cut corners. Patrón used only ancient, genuinely historic methods for crushing the juice — the roller mill and tahona wheel. None of the mass manufacturing used in ordinary tequila brands.

Every product was aged in American oak barrels and bottled by hand. In fact – for real – over 60 human hands touched each individual bottle of Patrón. From artisans blowing the glass, with no two bottles alike … to personally applying the labels, each numbered by hand … along with wrapping every bottle. That steady approach to quality and craft paid off in consumer acceptance.

Knowledge supports effective innovation and our qualitative research with consumers taught us never to advertise Patrón as a “tequila” but as an “ultra-premium white spirit.” Previously, that phrase was pretty much limited to vodkas, gins and rums. No tequila was smooth enough to join the club … until Patrón’s innovations demonstrated a new possibility for how tequila could actually TASTE!

My task was to help spread word of the product’s quality and authenticity around the globe. I’m not saying it was easy, but the core product was a reality. By being consistent and truthful in every country, bar and liquor store I visited, I was glad to play a part in changing the global perception of what a tequila couldbe: ultra-premium!

How successful was the effort? Patrón became the world’s #1 tequila brand in retail value. Okay, so it wasn’t the wheel. But within that product category and in its industry, that transformation was considered awesome. I’m grateful I had the chance to experience being part of it.

In the fall of 2018, I was honored to recommend a totally new approach to the global duty free industry … a change that you, yourself, might experience when you travel in years to come.

My presentation took place in October, 2018 at the Trinity Forum conference in Shanghai, China. The focus of that annual event is global airport commercial revenues … reflecting your purchases in duty free shops around the world. Those transactions require the interactions not just of retailers, but also of the airlines that bring you to the stores … and the airports in which they are housed.

What I was excited to propose was a response to today’s digital era in which younger consumers, especially, are much more likely to place orders from their mobile phones than to actually walk into a store. The future of shopping is digital, plain and simple. Just look at the kids around you on their mobile phones!

In suggesting a new approach to global duty free selling, I was inspired by and gave credit to other innovators in the field. Example: AirAsia has been pioneering a mobile app for its travel retail business. Emirates airlines is building an information system to sell consumer services for an entire trip. Even Uber is creating mobile digital services for customer convenience with Starbucks, OpenTable and United Airlines.

Those are all signs of a changing world – and the need to “get digital” in appealing to traveling Millennials and younger passengers. The younger people are these days, the more they live online … doing everything on mobile phones.

So what was the proposed innovation? A new global duty free phone app that would bring different travel retail organizations together for customer convenience. Among the primary three involved were:

The core idea of the app is to help each participating business reach Millennials and iGens via digital media … enticing them to purchase by texting incentives, savings and special deals to their phones. Real benefits for consumers = more business for the marketers offering them.

Receptivity to the idea was exciting. Don’t be surprised in the next few years if you experience innovations in the ways you make duty free purchases, can pay for them and then have them delivered to wherever you want – all via your phone!

I admit it: these few innovations I’m pleased I could be a small part of are relatively puny. It’s absurd to compare them to inventing a light bulb, fire or a printing press. But that is precisely my point! Any of us … EACH of us … can innovate, even in tiny ways. And doing so feels good.

All that’s required is a willingness to step back from your daily life. Give yourself a chance to take a fresh look at the various things you do at work and at home. What’s working especially well around you and in your life? What isn’t? You might find that taking even a small bit of time to ask yourself those questions leads you to a new idea to experiment with and learn from.

You’ve got nothing to lose by giving life a fresh look and – who knows? – your own MENTAL “light bulb” might switch on as a result!

What to Watch: Rise, Only Murders In the Building, The Terminal List
‘We are not supposed to open up a truck and see stacks of bodies’: At least 46 people found dead inside a Texas lorry
Parade is Done with Gender + Other Fashion News
PREMIERE: 44 Ardent Drops Mesmerizing Single “intothedeep” via Mammal Sounds Records
Two dead and 14 wounded in shooting at Oslo nightclub