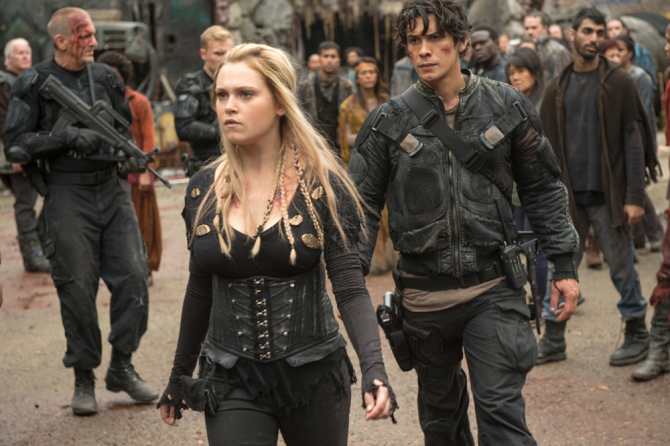 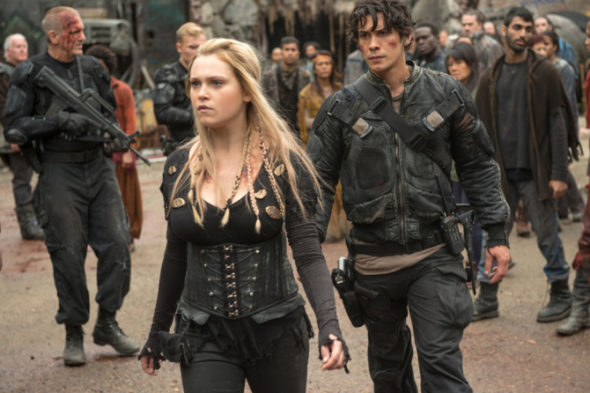 The 100 TV show is coming to a close with 100 episodes. The CW series is ending with its upcoming seventh season of 16 episodes which will bring the show’s tally to exactly 100 installments. Season seven is expected to air sometime in 2020.

A sci-fi drama on The CW television network, season six of The 100 stars Eliza Taylor, Paige Turco, Bob Morley, Marie Avgeropoulos, Lindsey Morgan, Henry Ian Cusick, Richard Harmon, and Tasya Teles. The dystopian series centers on a post-apocalyptic group of survivors, who believe their people are all that is left of mankind. When they return to Earth, they realize they aren’t the only ones.

Season six is currently running on Tuesday nights and the finale airs this Tuesday. The sixth season is averaging a 0.22 rating in the 18-49 year old demographic and 697,000 total viewers. Compared to season five, that’s down by 26% in the demo and down by 28% in viewership.

The 100 was renewed for a seventh season back in April, before the current season debuted.

At the TCA summer press tour, CW president Mark Pedowitz said that series creator Jason Rothberg had always wanted to end The 100 with season seven. Pedowitz noted, “We’ve been very good at listening to our showrunner creators about the right time to end our TV series.”

With #The100 Season 6 finale just days away, I have some bittersweet news to share: Season 7 will be our last. We are eternally grateful to WB & CW for always allowing us to tell our story the way we want to & to wrap the show on our terms. What an incredible ride this has been!

What do you think? Do you like The 100 TV show? Is this the right time to end the series? Are you sorry that there won’t be an eighth season?

Here are the Best Books of 2022, According to Buzzfeed
The White Lotus: Why We’re Really Worried About Tanya
Royals’ blighted US trip to end with Biden meeting and Eilish at prizegiving
The Midnight Club: Cancelled by Netflix; Series Co-Creator Releases Season Two Plans
Kate Winslet Rocked A Dress At Avatar 2’s Premiere She Wore For The First Time Seven Years Ago