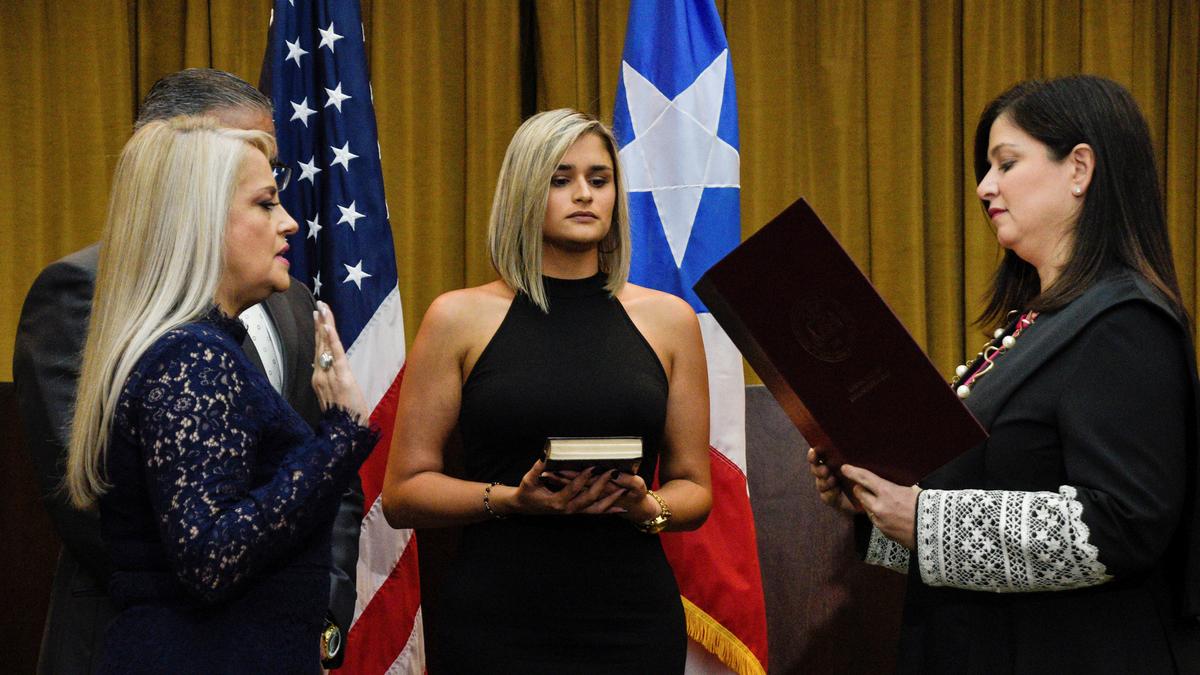 SAN JUAN (Reuters) – The revolving door at the governor’s office in Puerto Rico may finally stop with Wanda Vazquez, the newly sworn-in chief executive of the bankrupt U.S. territory, who said on Thursday she has no plans to resign.

In a series of interviews with local media, Puerto Rico’s former justice secretary denied reports that she had agreed to resign soon to allow Jenniffer Gonzalez, the Caribbean island’s nonvoting representative in the U.S. Congress, to take over.

“I have never had such agreement. I don’t know what kind of agreements (New Progressive Party and legislative leaders) have reached,” Vazquez said on a morning radio show, emphasizing that she intends to remain in office for the remainder of former Governor Ricardo Rossello’s term, which ends on Jan. 1, 2021.

On Wednesday, Vazquez became Puerto Rico’s third governor in less than a week, after Rossello, who took office in 2017, stepped down on Friday, and his hand-picked successor, Pedro Pierluisi, was removed by the island’s supreme court.

The nine-member court on Wednesday unanimously ruled that Pierluisi’s assumption of the office was unconstitutional because the Puerto Rico Senate had not confirmed his July 31 appointment by Rossello as secretary of state, the post that is next in line for governor under the territory’s constitution.

The high court’s ruling followed weeks of political turmoil, with Rossello on July 24 announcing his intention to resign after of days of protests.

The demonstrations, which drew around a third of the island’s 3.2 million people, were sparked by the revelation of offensive chat messages between Rossello and his closest allies, and federal corruption charges brought against two former members of his administration.

The chat message scandal led to the July 13 resignation of Secretary of State Luis Rivera Marin, whom Rossello eventually replaced with Pierluisi.

Vazquez last week initially voiced reluctance to take over the island’s top government post after being targeted by protesters for alleged corruption and being too close to Rossello.

On Thursday, Vazquez said she did not see herself as a politician, emphasizing she would not run for governor in the 2020 election.

The political upheaval comes at a critical time in Puerto Rico’s bankruptcy, as it seeks billions of dollars in federal funding for healthcare and recovery efforts from devastating 2017 hurricanes.

As governor, Vazquez must deal with Puerto Rico’s federally created fiscal oversight board, which filed the government’s bankruptcy in 2017 in U.S. District Court to restructure about $120 billion of debt and pension obligations.

“The board is there and we must seek consensus,” Vazquez said in an interview, adding that the majority of Puerto Ricans oppose the board.

Supercar-maker McLaren in talks with investors about £250m fundraising
20 Best Flat Top Haircuts For Men: Top Hairstyles 2022
Megan Fox Drops Photos Of A Daring Outfit And Apparently Side Butt Is The Latest Thing
Ahead Of Avatar 2’s Premiere, Producer Jon Landau Gives A Hopeful Update On The Alita: Battle Angel Sequel
Royals’ blighted US trip to end with Biden meeting and Eilish at prizegiving