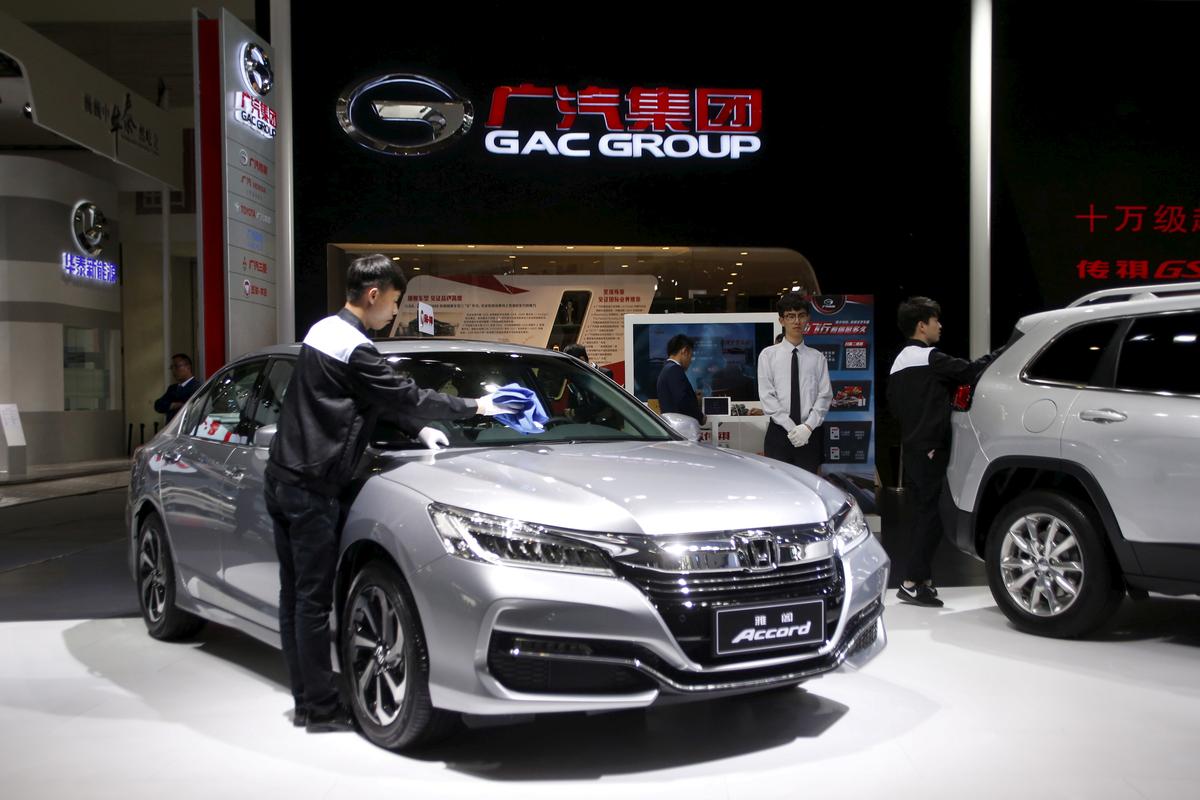 FILE PHOTO: A staff member cleans a Honda’s Accord sedan at the booth of Guangzhou Automobile Group during the Auto China 2016 auto show in Beijing, China, April 26, 2016. REUTERS/Kim Kyung-Hoon/File Photo

The recall is linked to a problem caused by the intercooler of the car’s 1.5T turbocharged engine. In certain situations, the engine lost speed to protect the vehicle, according to a document on China’s State Administration for Market Regulation.

Some owners of the Japanese carmaker’s iconic model have posted videos that showed their cars losing speed, on social media Weibo over the past weeks. Many of them have demanded for a recall of the model.

The Guangzhou-based venture will install devices that optimize the air flow rate at the engine intercooler, according to the document.

Total vehicle sales in China, the world’s largest auto market, fell for a 12th straight month in June, and top industry body has predicted them to fall for the second year running.

However, Honda’s sales in China outperformed the overall market. In the first seven months of the year, its local ventures reported a 20.5% rise in sales due to newly revamped variants.

Honda recalled hundreds of thousands of vehicles including popular Civic and CR-V last year, due to a cold-climate engine problem.

Retirees and women to be targeted in Halfords drive for 1,000 new staff
An Offer You Can’t Refuse, The Godfather 4K And Digital Is Half Off For Black Friday
Book Ratings Systems Are Not a Solution: Book Censorship News, November 25, 2022
Inflation-busting pay rises for public sector workers ‘unaffordable’, says minister
Sunak mulls crackdown on foreign students to reduce immigration