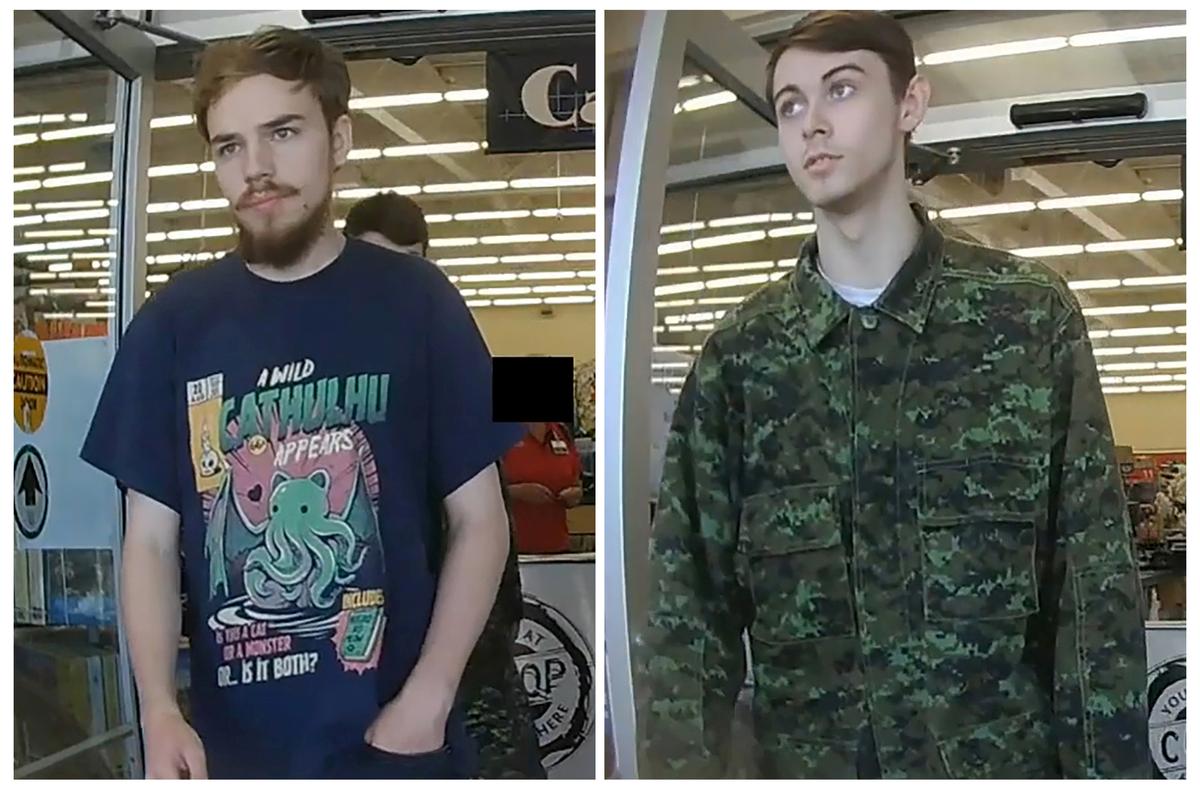 (Reuters) – Canadian police said on Wednesday they found two bodies which they believe are of the fugitive teenage boys charged with killing a university lecturer and suspected in the murders of two tourists in British Columbia.

FILE PHOTO: Kam McLeod, 19 and Bryer Schmegelsky, 18, suspects in the murder of an Australian tourist and his American girlfriend in northern British Columbia, and charged with the second-degree murder of Leonard Dyck, are seen in a combination of still images from undated CCTV taken in Meadow Lake, Saskatchewan and released by the Royal Canadian Mounted Police (RCMP) July 26, 2019. Manitoba RCMP/Handout/File Photo via REUTERS

Kam McLeod, 19, and Bryer Schmegelsky, 18, both from Port Alberni, British Columbia, had been on the run for nearly three weeks with confirmed sightings since July 22 and sparked an intense Canadian manhunt.

Police declined to say how the two had died, saying that they would wait for the autopsy to confirm their identities and cause of death.

The pair was charged with second-degree murder of Leonard Dyck, 64, a botany lecturer at the University of British Columbia in Vancouver, Canada. They are also suspects in the murders of Chynna Deese, 24, of Charlotte, North Carolina, and Lucas Fowler, 23, from Sydney, Australia.

The bodies were found 1 km (0.6 mile) from where the Royal Canadian Mounted Police (RCMP) said “significant evidence” was discovered on Friday, and 8 km (4.97 miles) from where McLeod and Schmegelsky’s burning car was found on July 22, police said.

The significant evidence, which the RCMP continues to decline to describe, proved to be “critical” in finding the bodies, Jane MacLatchy, assistant commissioner with the RCMP in Manitoba, told a news conference in Winnipeg.

“The manhunt in Manitoba is over,” Ralph Goodale, federal minister of public safety, tweeted on Wednesday.

The difficulty of the terrain was cited as a reason for the delay in finding the bodies.

The forest was so thick that linking arms and traversing ground, as is normally done in search operations, was out of the question, MacLatchy said.

“There’s obviously a certain amount of relief that we were able to locate these people and hopefully bring some closure not only to the families of the victims but also to the people of Gillam, Fox Lake and York Landing,” MacLatchy said, referencing the three Manitoba communities which have been at the center of the manhunt for McLeod and Schmegelsky.

Reporting by Moira Warburton in Toronto; Editing by Denny Thomas and Sandra Maler