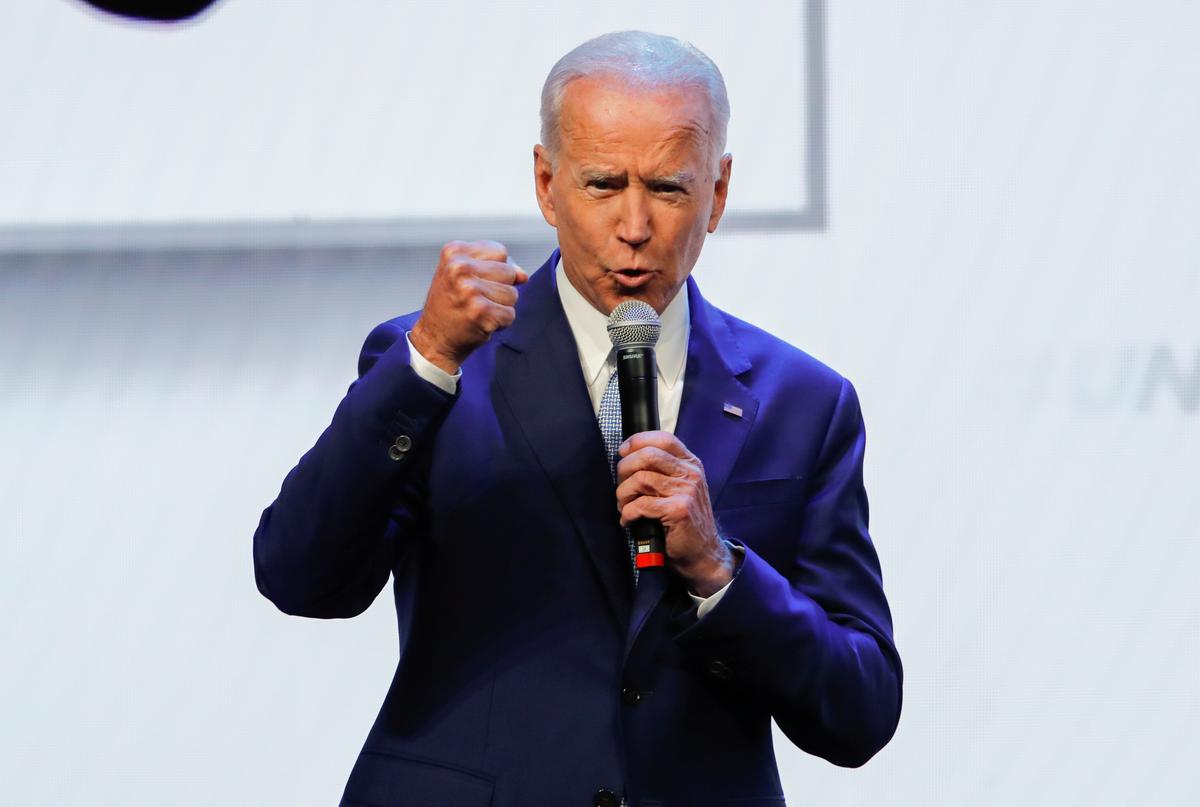 (Reuters) – Democratic presidential candidates have demanded action on proposals to curtail gun violence in the aftermath of two mass shootings that killed 31 people in Texas and Ohio over the weekend.

Republican President Donald Trump – accused by Democrats and civil rights groups of stoking racial tensions with his rhetoric – also said he was open to “bipartisan solutions” to address violence but refrained from offering any new gun-control measures. Trump has insisted he is not a racist.

Here is a look at proposals and recent comments from Trump and eight Democratic contenders for the White House who have qualified for the next Democratic presidential debate in September.

In a speech on Monday, Trump proposed tighter monitoring of the internet, mental health reform and wider use of the death penalty as a response to the shootings.

“Mental illness & hate pulls the trigger, not the gun,” Trump said. “We must stop the glorification of violence in our society. This includes the gruesome and grisly video games that are now commonplace.”

Trump said he would direct the Department of Justice to investigate domestic terrorism and would propose legislation to ensure those who commit hate crimes and mass murders face the death penalty.

He added that the country needs to reform mental health laws to identify disturbed people as well as work with social media companies to detect possible mass shooters.

“We must make sure those judged to pose a grave risk to public safety do not have access to firearms and that if they do, those firearms can be taken through rapid due process,” he said, an apparent reference to “red flag” laws.

Biden, who supports a renewal of the assault weapons ban imposed in the 1990s, called on Monday for a federal gun buyback program to reduce the number of weapons on the street.

Biden helped pass the 1994 law prohibiting the manufacture for civilian use of assault weapons when he was a U.S. senator, but the law expired a decade later.

Asked on CNN on Monday what he would say to gun owners who think he is coming for their guns, Biden said: “Bingo, you’re right if you have an assault weapon. The fact of the matter is they should be illegal, period. Look, the Second Amendment doesn’t say you can’t restrict the kinds of weapons people can own. You can’t buy a bazooka or have a flamethrower.”

Booker introduced a 14-part plan earlier this year to tackle gun violence. It includes a ban on assault weapons, high-capacity magazines and “bump stocks,” which allow semiautomatic rifles to function like automatic weapons. It also would limit handgun purchases to one per month.

The plan also includes a gun licensing program that would require those hoping to buy a gun to submit fingerprints, complete a gun safety course, sit for an interview and pass a background check.

“This is a national crisis,” Booker wrote on Twitter after the weekend’s mass shootings, calling on Republican Mitch McConnell to call the Senate back from recess and hold votes on gun proposals. “Enough. We need to end this carnage now.”

The plan also would invest $1 billion to prevent and fight violent extremism. It would bolster the FBI’s domestic counterterrorism staff, revitalize the Department of Homeland Security’s efforts to counter violent extremism, and study the link between white supremacist groups and gun violence.

“We are the only country in the world with more guns than people. It has not made us safer. We can respect the Second Amendment and not allow it to be a death sentence for thousands of Americans,” Buttigieg said at a Democratic candidate forum in Las Vegas on Saturday shortly after the shooting in El Paso, Texas.

Harris has endorsed the assault weapon ban that was proposed in the Senate and backs universal background checks. She has also proposed using powers granted to the U.S. attorney general under the Gun Control Act of 1968 to ban the import of assault weapons. Harris estimates that as many as 4 million assault weapons in the United States currently may have been imported.

Klobuchar said she shifted her views about gun control after meeting the family of victims of the Sandy Hook Elementary shooting in Connecticut in 2012. Minnesota, the state she represents, has a long tradition of hunting, and she has tried to balance both interests.

Klobuchar has backed universal background checks and banning assault weapons and high-capacity magazines like the one used by the shooter in Dayton, Ohio. She authored Senate legislation to close the so-called “boyfriend loophole,” which allows people convicted of abusing someone they are dating to buy or own a gun. Current law only applies to spouses.

“‘Mental illness & hate pulls trigger, not the gun’ is President’s dodge to avoid truth: there’s mental illness & hate throughout world, but U.S. stands alone w/high rate of gun violence. When someone can kill 9 people in a minute, that gun should never have been sold. Action!,” Klobuchar tweeted on Monday in response to Trump’s speech.

O’Rourke has backed an assault weapon ban and universal background checks. He also would bar members and candidates for Congress from accepting political donations from political action committees, which he said would reduce the influence of the National Rifle Association. In the wake of the shooting in his hometown of El Paso, O’Rourke focused on Trump’s rhetoric.

“We’ve had a rise in hate crimes every single one of the last three years, during an administration where you have a president who’s called Mexicans rapists and criminals,” O’Rourke said on Saturday when he returned home after addressing a candidate forum in Las Vegas.

“He is a racist and he stokes racism in this country. And it does not just offend our sensibilities, it fundamentally changes the character of this country and it leads to violence.” Trump has insisted he is not a racist.

Sanders supports universal background checks, an end to the gun show loophole for firearms sales, a ban on the sale and distribution of assault weapons, a crackdown on straw purchases of guns for criminals, and the prohibition of high-capacity ammunition magazines.

After the weekend shootings, he called for an immediate Senate vote on a bill requiring a background check on every gun sale and transfer, which passed the Democratic-controlled House of Representatives in February. It has not been taken up by the Republican-controlled Senate.

“Talk is cheap. We need action,” Sanders said to Trump on Twitter after the president’s comments on Monday. “Tell McConnell to pass gun safety legislation the American people want.”

Warren has backed several gun control measures, including the assault weapon ban, universal background checks and creating a federal licensing system that requires gun owners to register their firearms. She has called for repealing the Protection of Lawful Commerce in Arms Act, which would allow the victims of gun violence to sue manufacturers for liability.

“The majority of Americans want to see us put sensible gun legislation in place, to get the guns out of the hands of people who pose threats like this, and yet it doesn’t happen,” Warren said Sunday on MSNBC.

Sullivan King & Wooli team up once again for next album single, “Let Me Go”
Wages keep up with inflation in just one industry
Jodie Sweetin Has a Golden Idea for Fuller House Reboot
7 Best Pubic Hair Trimmers For Men: Body Groomers For All Bodies 2022
16 Of The Best Lounge Pants For Men To Really Kick Back In 2022