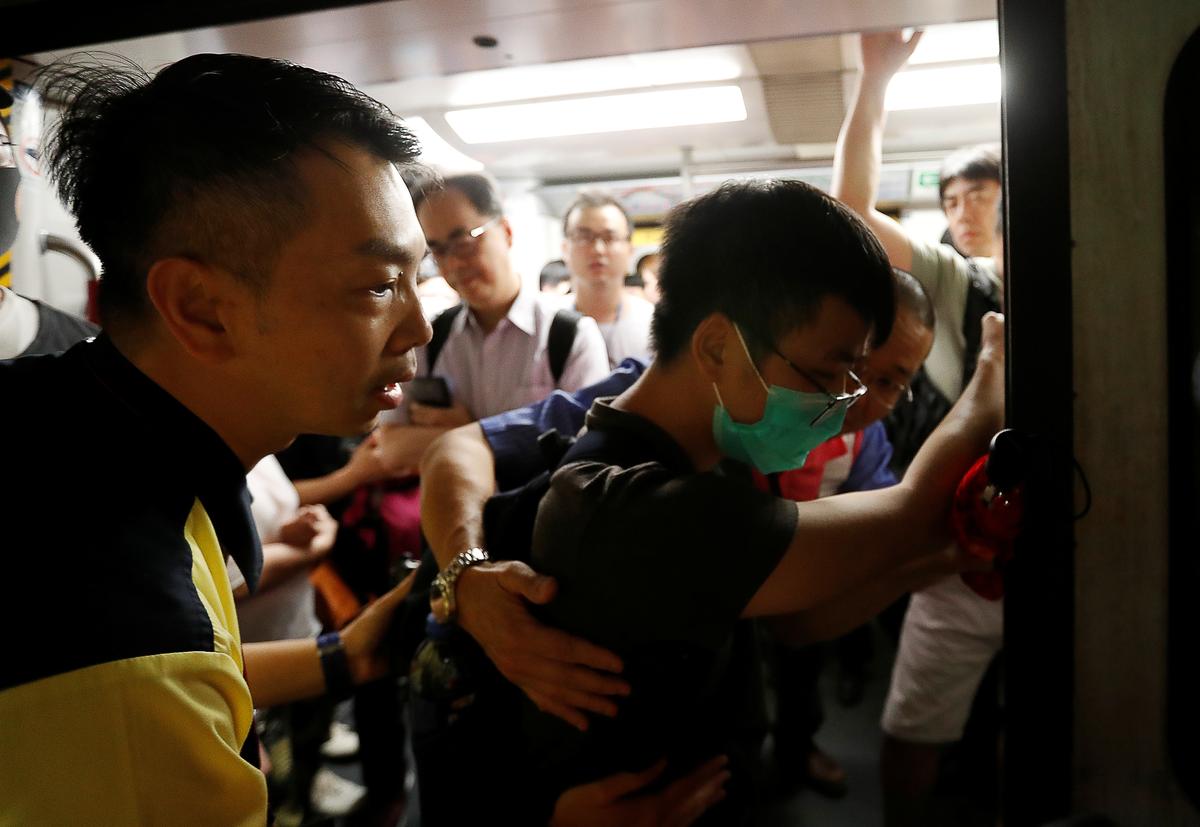 HONG KONG (Reuters) – Hong Kong’s embattled leader warned on Monday that protests gripping the Asian financial center are a challenge to China’s sovereignty as strikes crippled transport across the city and led to the cancellation of more than 200 flights.

Beijing-backed Lam addressed the media for the first time in two weeks after yet another weekend of violent protests and reiterated that the demonstrations were pushing the city to the verge of an “extremely dangerous situation”.

Lam again rejected calls from protesters for her to resign and said the government would be resolute in maintaining law and order. She warned the protests were putting Hong Kong on a path of no return and had hurt the city’s economy.

The Chinese-controlled city has been rocked by months of protests that began against an extradition bill that would have allowed people to be sent to mainland China for trial and have since evolved into calls for greater democracy.

Commuters struggled to get to work in the Monday morning rush hour before Lam spoke, with many rail and bus services suspended, while some activists blocked trains from leaving stations in the latest anti-government campaign.

Long lines of traffic could be seen across Hong Kong island leading into the heart of the business center and hundreds of people were stranded at the airport.

The protests have at times shut government offices, blocked roads and disrupted business, posing the greatest political challenge to the former British colony since it returned to Chinese rule in 1997.

Millions of people have taken to the streets to vent anger and frustration at the city’s government, presenting the biggest popular challenge to Chinese leader Xi Jinping since he came to power in 2012.

Demonstrators besieged police stations across the city at the weekend, spray-painting walls with graffiti and smashing windows. Some protesters set fire to a trolley of rubbish bins, wooden planks and other objects and pushed it towards a police cordon.

The government has so far refused to accede to any of the protesters’ main demands, which include a complete withdrawal of the extradition bill and an independent inquiry into government handling of the snowballing crisis.

“I know the whole thing and I support the resistance very much. But this is not the way to win friends and influence people. It is (hurting) innocent bystanders,” said Canadian retiree Edward Tunis, 66.

China’s official Xinhua news agency said on Sunday: “The central government will not sit idly by and let this situation continue. We firmly believe that Hong Kong will be able to overcome the difficulties and challenges ahead.”

ODESZA Drop Newest NO.SLEEP Mix After Another Two Years
All they will inherit is rubble – relentless Russian bombardment continues as they close on Lysychansk
Police warn of ‘serious disruption’ to roads as protesters set to target motorways over fuel duty
Listen To GRiZ’s Inspirational End-Of-Set Speech From Electric Forest [VIDEO]
Book Riot’s Deals of the Day for June 30, 2022