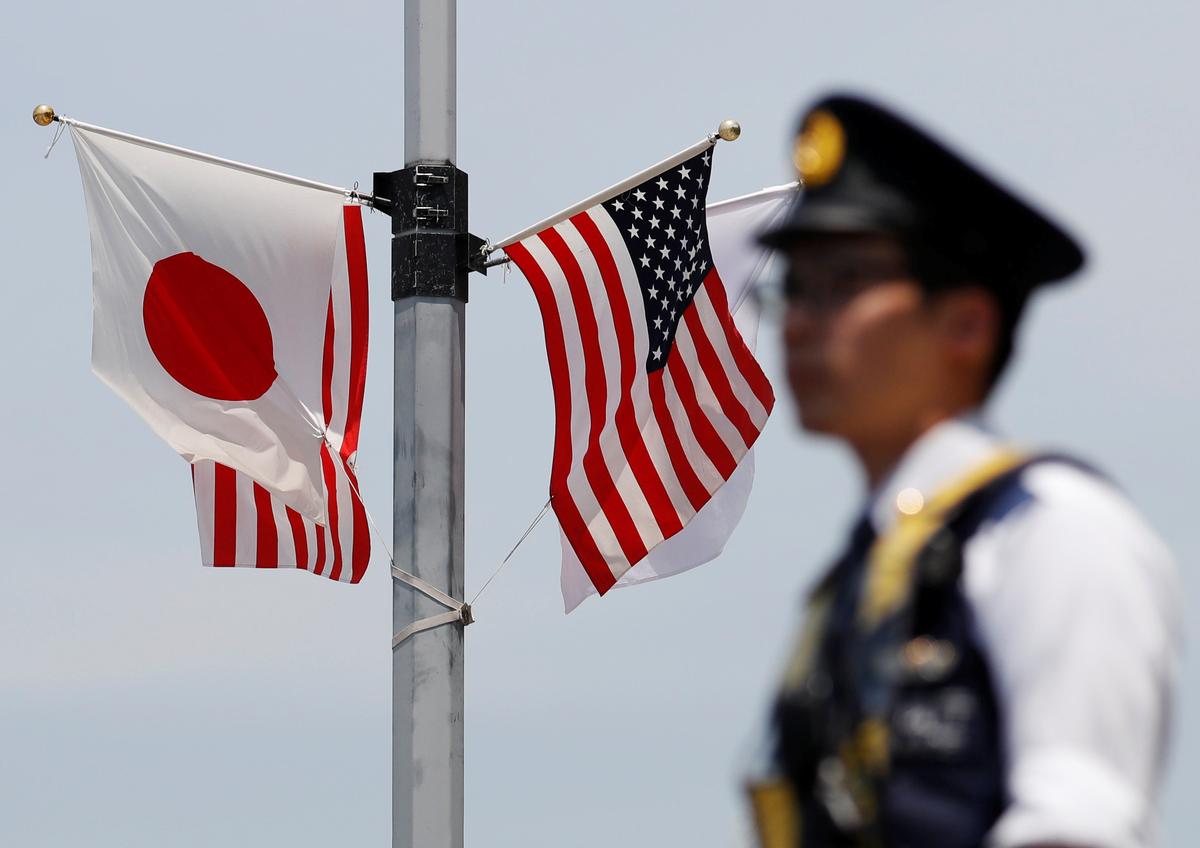 FILE PHOTO: A police officer stands guard on a street near a hotel where U.S. President Donald Trump and first lady Melania Trump are staying, in Tokyo, Japan May 26, 2019. REUTERS/Issei Kato

TOKYO (Reuters) – Japan and the United States have agreed to target a broad deal on bilateral trade by September, seeking to bridge differences of opinion over tariffs on beef and the automobile sector, the Nikkei business daily reported on Sunday.

As part of a drive to rectify what he claims are unfair global trade imbalances, U.S. President Donald Trump has been urging Tokyo to accelerate trade talks that would open up Japan’s politically sensitive agriculture sector, as well as curbing Japan’s U.S.-bound auto exports.

The agreement to target a deal by September was reached during a meeting between Japanese Economy Minister Toshimitsu Motegi and U.S. Trade Representative Robert Lighthizer in Washington D.C., the Nikkei said, citing unidentified negotiating sources.

The paper said both sides hope to have a broad trade deal in place by the time Japanese Prime Minister Shinzo Abe meets U.S. President Donald Trump on the sidelines of United Nations’ general assembly scheduled for later in September in New York.

On Friday, Motegi told reporters after meeting Lighthizer that the two sides made “significant progress” in narrowing their differences on trade and agreed to hold another ministerial-level meeting later this month.

Washington seeks early opening of Japan’s agriculture sector including reductions in 38.5% tariffs on U.S. beef imports, while Japan calls for abolition of U.S. tariffs on Japan’s industrial goods such as car parts.

Trump and Abe could also look at producing some kind of trade accord later this month when they may meet on the sidelines of Group of Seven leaders’ summit, the Nikkei added.