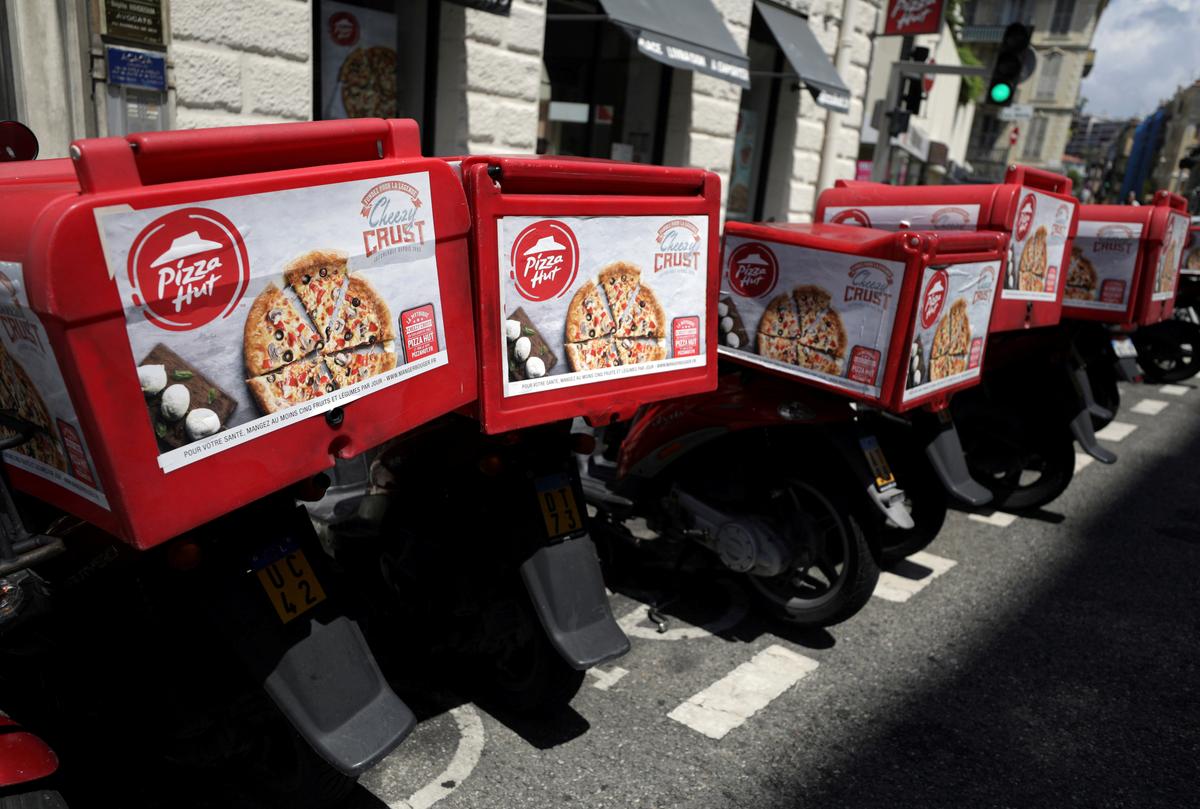 (Reuters) – Yum Brands Inc (YUM.N) beat expectations for quarterly profit on Thursday, as menu refreshes and a delivery push drove better-than-expected growth at all of the restaurant operator’s chains, including Pizza Hut, sending its shares to a record high.

U.S. restaurant chains are focusing on mobile ordering and pickup services, while sprucing up their menu by adding more value meals and fresher ingredients to compete better in a crowded restaurant industry.

Yum picked up a stake in GrubHub Inc (GRUB.N) last year and bought online ordering software company QuikOrder in hopes of wooing customers looking for easier options to order in.

The company’s efforts paid off in the quarter. Pizza Hut, a weak spot for the company in the past few years, grew for the first time in five quarters, while same-store sales at KFC and Taco Bell rose the most in over a year.

“While it’s still early days, we found that the GrubHub customers are incremental and some customers are, therefore, trying our (Pizza Hut) products for the first time,” Chief Executive Officer Greg Creed said.

Pizza Hut currently uses GrubHub’s delivery services at over 300 location, with plans to expand further; while KFC has 2,300 outlets offering delivery and 3,500 restaurants that offer “click and collect”.

Creed said the company would close underperforming dine-in Pizza Hut locations to sharpen its focus on delivery and takeaway.

At KFC, growth was driven by its 2 for $6 mix-and-match menu and the return of its popular chicken and waffles to the U.S. menu, while items catered to regional tastes such as the ‘Lobster Lunchbox’ value promotion in Africa helped KFC deliver stronger international results.

PM ‘not aware of specific claims’ about disgraced MP and thought he was ‘best choice’ for deputy chief whip job
Blake Horstmann and Giannina Gibelli Go Instagram Official, Finally Confirm “Secret” Romance
15 Of The Best Slip-On Shoes For Men That Can Upgrade Any Summer Outfit (2022 Edition)
StéLouse Returns to His Roots with Future Bass Single, ‘Long Way Down’
All they will inherit is rubble – relentless Russian bombardment continues as they close on Lysychansk