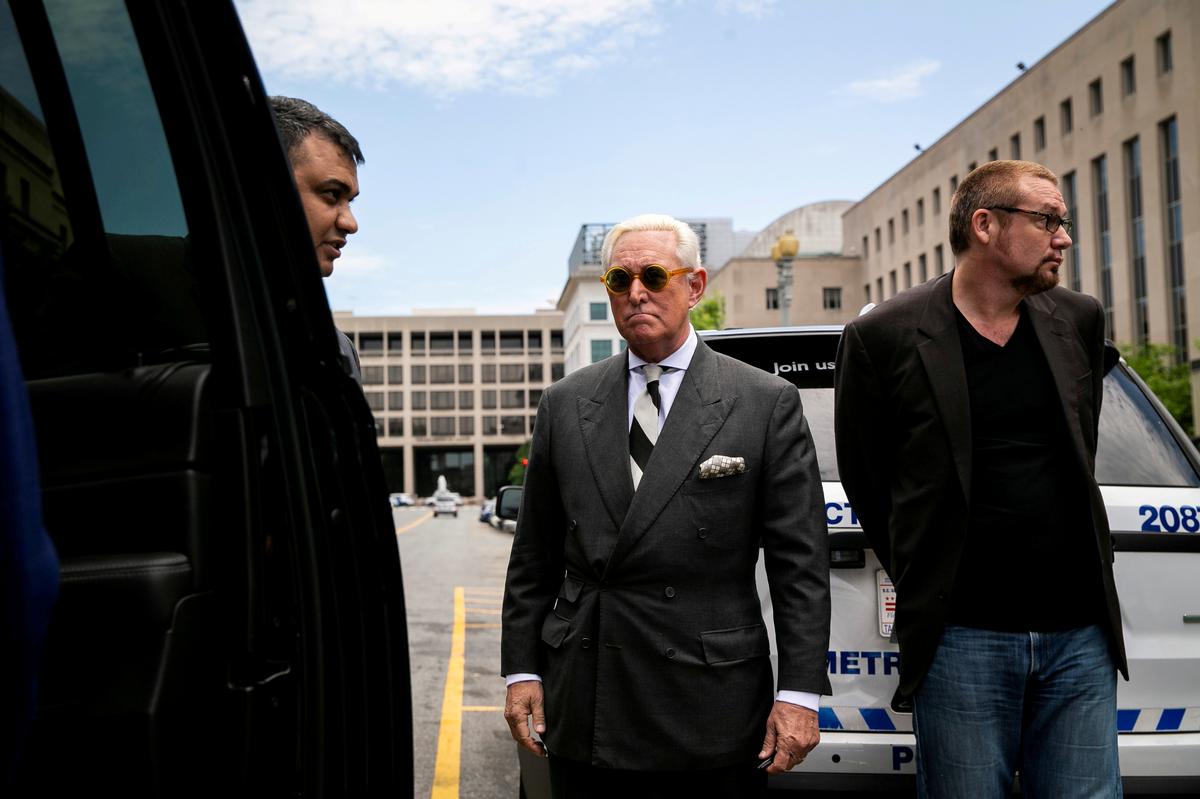 U.S. District Court Judge Amy Berman Jackson ruled that Stone’s attorneys had failed to identify any legal grounds that would support dismissing the indictment, which accused him of lying to Congress, obstruction of justice and witness tampering.

The indictment against Stone was brought by Mueller toward the end of his investigation of Russian efforts to influence the 2016 presidential election campaign.

Jackson said in her ruling that Stone had “filed a number of motions attacking the validity of the indictment pending against him.” But she said the court “concludes that the defense has not identified any legal grounds that would support dismissing or enjoining this action.”

While Jackson’s order denied his attempts to dismiss the case, she agreed to direct the government to provide Stone’s attorneys with unredacted portions of Mueller’s report that she determined were relevant to his case.

Stone’s bid to dismiss the case appeared to be a long-shot effort from the outset.

Jackson poked holes in nearly every argument his lawyers made during a hearing in late May, expressing skepticism about everything from claims the case violated the U.S. Constitution to allegations the indictment was defective because Congress never formally asked the Justice Department to investigate Stone for perjury or obstruction.

Stone has pleaded not guilty to charges against him. He is one of more than 30 individuals who have faced charges brought by or stemming from Mueller’s probe.

Tragedy as another child dies in US after being left in hot car for hours
What to Watch: Girl in the Picture, Big Brother, Black Bird
World leaders condemn shopping centre attack in Ukraine, calling it a ‘war crime’
Get 2 MAC Cosmetics Extended Play Mascaras for the Price of 1
Tory MP accused of ‘drunken groping’ suspended by party